Aaron Brown was the winner of the men’s 100m final at the Canadian Track and Field Championships on Friday in Ottawa.

The race was one of the fastest and closest men’s 100m finals in Canadian history. All of the men crossed the finish line at roughly the same time, forcing officials to go to a photo finish to judge the top five finishers. Race announcers initially named Bismark Boateng as the winner, before adjusting the times and crowning Brown the victor.

Friday ended Andre De Grasse’s three year winning streak. De Grasse has had a tough 2018 after sustaining a hamstring injury that forced him to withdraw from the Commonwealth Games earlier this year. The final result Friday night was Brown in 10.158, Boateng in 10.159 and De Grasse in 10.20.

Brown automatically qualifies for the NACAC Championships in August.

The crowd was packed for the night of 100m finals, filling Terry Fox Stadium. In the women’s 100m, World Championship finalist Crystal Emmanuel won handily in a time of 11.34. Leya Buchanan was second in 11.47, and third went to 2018 winter Olympian Phylicia George in 11.63.

In men’s T12/T13 action, Austin Ingram of Petawawa, Ont. took the win. Ingram is the reigning OFSAA champion and record holder over 100 metres. Ingram said post-race, “It was a humbling experience. I’ve been visualizing these moments for the last year, multiple times a day. So for me to live them into reality was something truly special.“

He continued, “I’d like to thank everyone who helped me get to this moment. My parents, my coaches, my teammates and my supporters. But most of all I’d like to thank my sprint coach Julie Crouzat for all the work she’s put in. Words can’t describe how grateful I am for her efforts in the last 15 or 16 months. Thank you so much Julie and I hope the national titles made those countless hours worth it! And just know I could’ve never done it without you.” 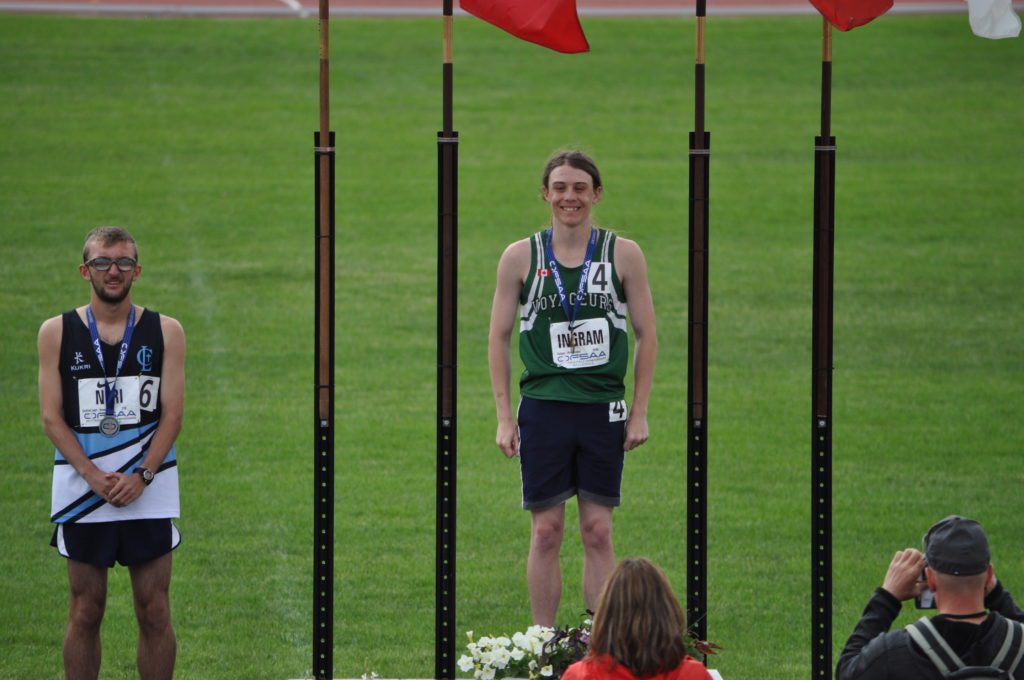 Tune in to Athletics.tv or watch live at Terry Fox Stadium in Ottawa.