Del Grande also holds world records in the 200m (in both the W60 and W65 age categories) and the 100m (ditto). This brings her world outdoor records to five.

“I’m very pleased that this makes three world records in the same age group, in three different events—the outdoor 100m, 200m, and now 400m—which is very challenging,” Del Grande told us. “I’ve had two out of the three before, and different combinations, but all three at once is special, I think.” 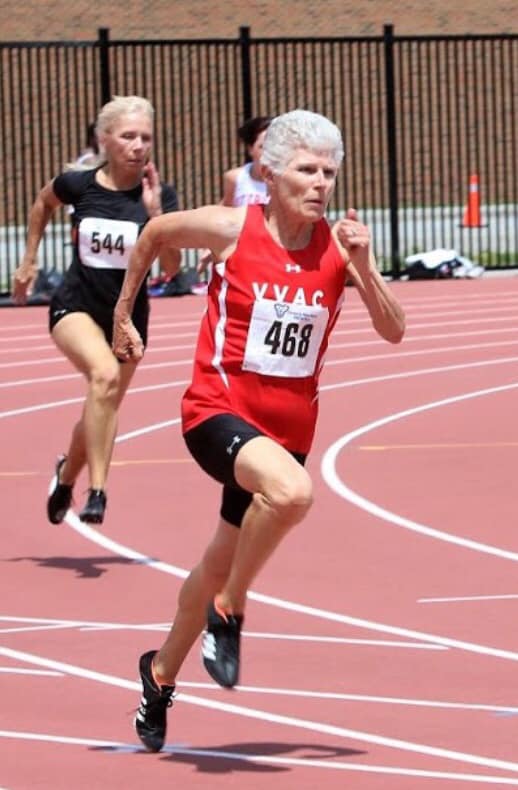 “I had done three previous races this season in 69-ish [1:09], with wind issues, and my coach, Jamal Miller, was confident that the record was do-able, especially without having the injury issues that I had for WMA championships in Malaga 2018 and Torun 2019,” she continues. “On Friday the conditions were good, and I had young ones to chase, so with a little tweaking of race execution, it all, fortunately, came together. It was a joy to run the race well and have a good result!”

Gill broke the M40 10,000m indoor record that had stood for 31 years in May after starting to train with coach Walter Faion earlier this year.