The Around the Bay (ATB) is going virtual for 2021. Each spring, thousands of runners line up to tackle the event — which is the oldest running race in North America — but in 2020, event organizers were forced to cancel the run due to COVID-19. While there are still a few months to go until the race’s traditional late-March run date, ATB race director Anna Lewis and her organizing team have made the difficult decision to cancel the in-person event and transition to a virtual run for 2021. As the previous nine months have shown, the pandemic is unpredictable, and instead of crossing their fingers and hoping they’ll be able to hold their race, Lewis and the ATB team decided to make the final call well in advance to give runners time to plan their 2021 schedules. 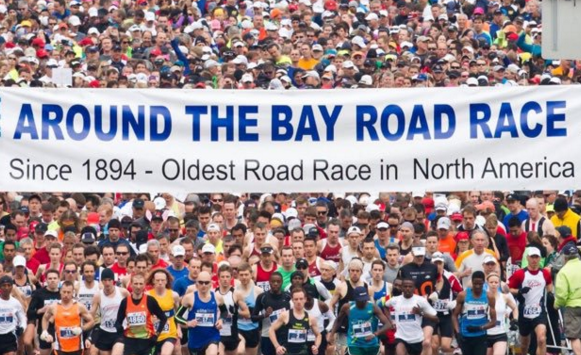 Originally, Lewis and her team postponed the 2020 ATB until November. When September rolled around and COVID-19 numbers began to climb again, she says she knew there was no chance they could host their usual average of 9,000 runners yet, so they had to cancel the already rescheduled event.

RELATED: No “Heartbreak Hill” at 2020 Around the Bay

“I think everyone is understanding of our decision,” Lewis says. “People just want to know so they can proceed with their planning and their training.” Normally, the ATB features 5K, 30K and two- or three-person relay race options, but Lewis says the 2021 virtual event will include 10K and 15K races (although these distances won’t be included in the 2022 in-person event). “If you were to do a 30K, you usually start your training plan at the start of December, so we wanted to get that sorted out.”

Lewis also acknowledges that, even when the in-person race hopefully returns for 2022, it might not be business as usual. “When we do return to the start line, we’re going to have to look at a lot of ways to execute a race,” she says. “For now, though, it’s too uncertain and we want to provide something virtually to our participants, our loyal followers, and not miss another spot on the calendar.”

RELATED: Get to know Mengistu Emebet, the surprise 2019 Around the Bay winner

The 2021 ATB will have a month-long window for participants to run, starting on March 25 and remaining open until April 25. Registration will start in early January. For now, Lewis and the ATB team are waiting to see how many runners who had signed up for the 2020 race are planning to run virtually in 2021, as they also have the option to defer their race entry until 2022. After January 8, the final chance for these entrants to defer, the online registration will open to the public.

Lewis also notes that they are organizing a 30-day fun challenge. The ATB already ran one of these virtual challenges, and after its success, they’re planning another for January. “It was really fun,” Lewis says of the first challenge. “The tasks were all over the place. You know, classic push-ups, sit-ups, but also different ones like, ‘Run or walk until you see two dogs wearing coats.'” This challenge will go from January 2 to 31, and Lewis says there will be more information to come in the next few days.

To find out more about either virtual event, head over to the ATB website.