On Tuesday afternoon, Athletics Canada announced their first three Olympic nominations: marathoners Dayna Pidhoresky and Trevor Hofbauer and race walker Evan Dunfee. The three new Olympic team members met the criteria for the 2020 team earlier this year, and since the IOC chose to honour the spots of athletes already qualified for the Games, Athletics Canada has announced they will honour their spots as well. The new start date for the Games is July 23, 2021. 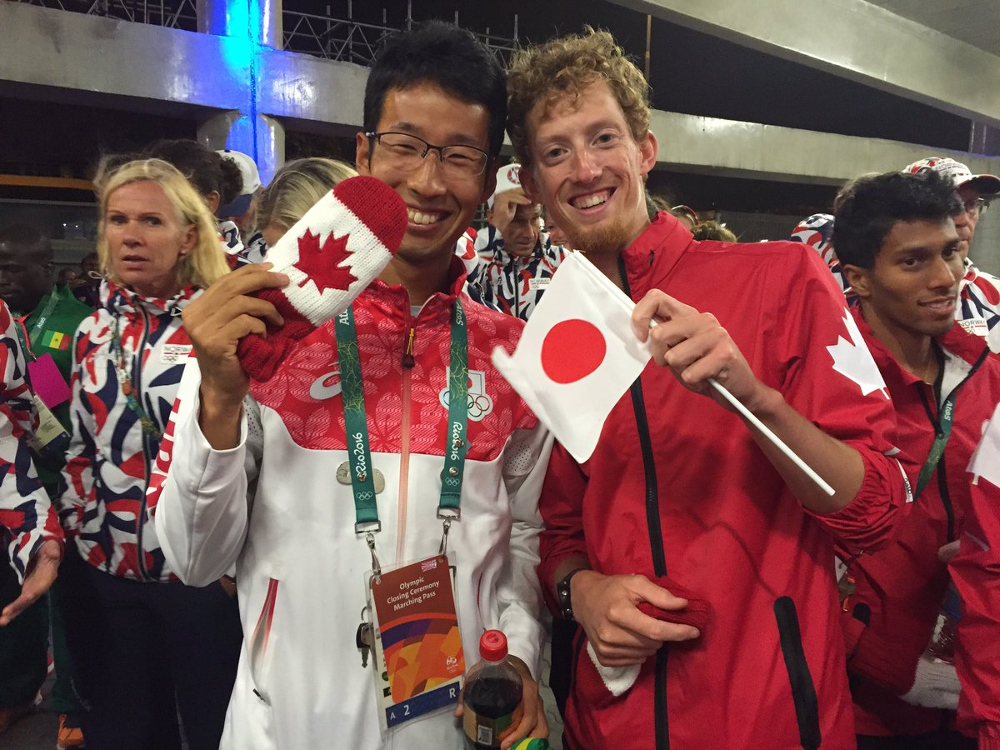 Hofbauer and Pidhoresky met the nomination criteria by winning the 2019 Canadian Marathon Championships in Toronto last October, both running under standard in their races. Their times of 2:09:51 and 2:29:03 were under the Olympic standards of 2:11:30 for the men’s marathon and 2:29:30 for the women.

Dunfee bettered the Olympic 50K race walk standard (3:50:00) at a race in Japan last spring, coming in one minute faster (3:49:00). This will be Dunfee’s second Olympics and a first for both marathoners.

The other marathon contenders

Three other women have met the initial qualification time for the Olympic Marathon: Malindi Elmore in her Canadian record run in Houston (2:24:50), Rachel Cliff in Japan at the Nagoya Marathon (2:26:56) and Lyndsay Tessier, who secured a standard equivalent for her top-10 finish at the 2019 world championships.

A maximum of three women will be named to the 2021 Olympic team, and with Pidhoresky’s spot already guaranteed, one woman who achieved the qualification standard will be left out. Simon Nathan, Athletics Canada’s high performance director, says they won’t be nominating anyone else at this time, as the 2021 Games are so far away.

“We are supporting all three ladies through our CAPP funding program,” he says. “I know it is tough for them, but it is exciting for Canada to have so much talent to choose from.” CAPP is a monthly salary that Canada’s top track and field athletes earn to cover living and training expenses.

As for the men’s competitors, Hofbauer is the only Canadian who has achieved standard within the qualification period thus far. Others have come close, like Tristan Woodfine in his 2:13:16 performance in Toronto last fall, but the others remain a few minutes off. The Canadian men will hopefully have the opportunity next spring to achieve the standard.

Athletics Canada’s final list of nominations will be submitted to the Canadian Olympic Committee in 2021.