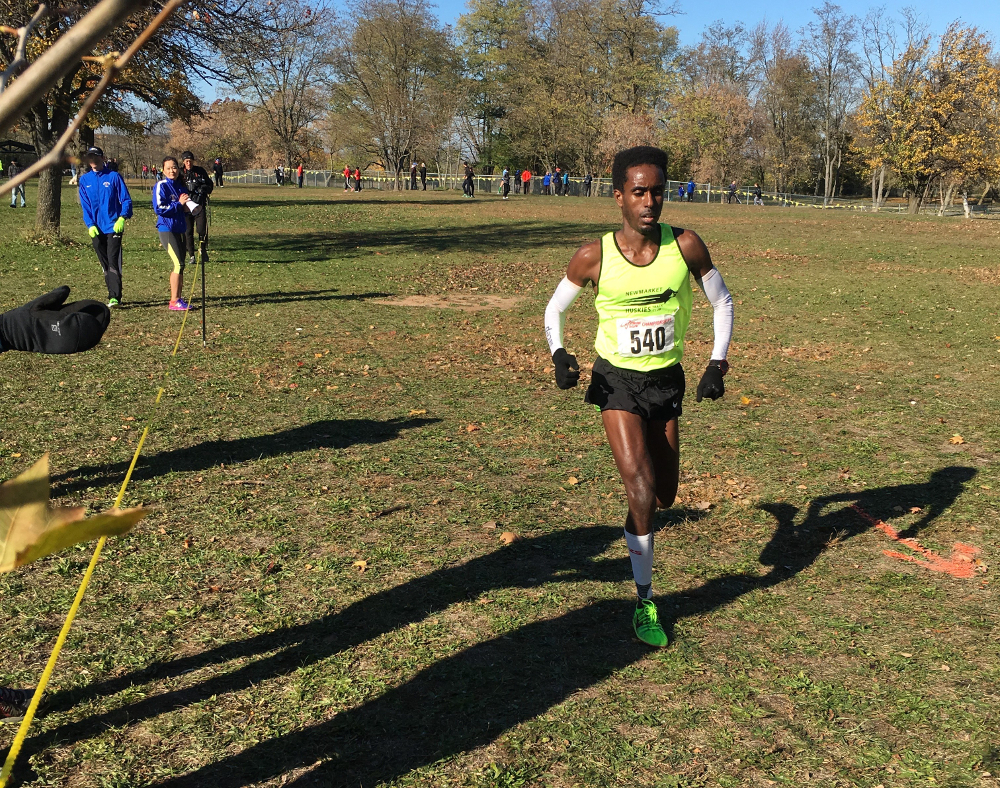 From the bantam to masters division, runners of all ages and abilities were in Niagara Falls, Ont. on Sunday for the Athletics Ontario Cross-Country Championships. The provincial open championships were held at Fireman’s Park, one of southern Ontario’s more popular cross-country courses having hosted the Ontario high school championships in the past.

Leslie Sexton, one of Canada’s fastest women in the marathon, competed in the senior men’s 10K on Sunday. The London, Ont. resident has been an advocate for cross-country distances to be equalized between men and women. Athletics Ontario, the province’s governing body, offered a 6K race for women while the men contested 10K. See Sexton’s letter to Athletics Ontario from September for the backstory.

“I ran the men’s 10K because I wanted to be ready for the new women’s championship distance in Kingston, Ont. at the Canadian Cross-Country Championships this year,” she says. “I didn’t want a national championship to be my first 10K cross-country race, so I asked AO if they would let me run in the men’s race this year. If it helps to prove a point about women running the same distances as men, all the better. I was disappointed that AO did not update their distances this year, but the AO technical director has been good about reaching out for input on the women’s distances and AO will start to equalize distances in all age groups in 2017.”

Sami Jibril of the Newmarket Huskies won the senior men’s race ahead of a large pack of Toronto Olympic Club runners. He covered the 10K course at Fireman’s Park in Niagara Falls in 30:45. Sexton ran 35:42 for the 10K to place 24th overall.

@AprilBoultbee I really appreciated being able to choose to run 6k today. Trying to recover from my half in advance of #ACXC. #howaboutboth?

@AprilBoultbee @LeslieSexton for the life of me,I can't understand why this simple to change archaic difference isn't fixed. #equaldistances

Sasha Gollish, who recently won the Indianapolis Monumental Half-Marathon in one of the fastest times ever by a Canadian, ran 20:26 for 6K to top the women’s division. Rachel Hannah was second and Victoria Coates was third.

Results (click for other age categories besides masters and senior)