Ethiopia’s Selemon Barega captured gold in an exciting men’s 10,000m final today in Tokyo in 27.43.22, followed by race favourite Joshua Cheptegei and Jacob Kiplimo, both of Uganda, for silver and bronze – the first medals ever won by Ugandans in this event. Canadian record holder Mohammed Ahmed threw in a surge near the end, briefly leading the tightly bunched pack, but ended up finishing sixth in the 25-lap spectacle, with a season’s best time of 27:47.76.

Ahmed managed to stay in contention and out of trouble early on in the race, going with Cheptegei, who took over the lead with four laps to go. With two laps to go, Ahmed took the lead, but in the end was out-kicked. 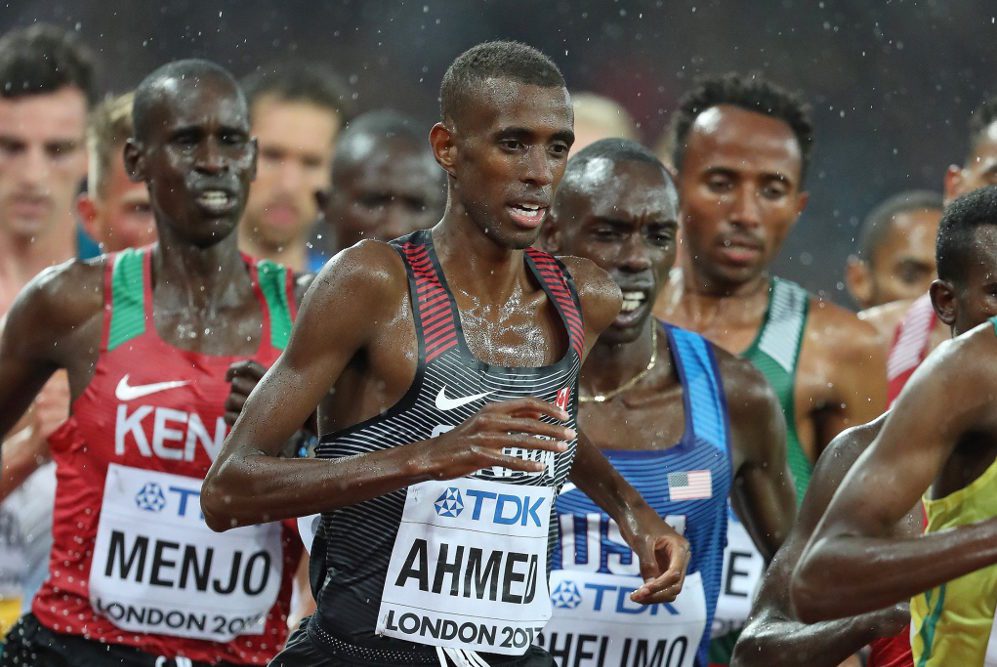 Ahmed also finished sixth in the 10,000m at the 2019 World Championships in Doha. Despite finishing off the podium, this is an incredible achievement for Canadian distance running. Ahmed grew up in St. Catharines, Ont., and ran at the University of Wisconsin. Since then, he has been training with the Bowerman Track Club in Portland, Ore. His BTC teammates, Grant Fisher and Woody Kincaid, finished fifth and 15th, respectively.

RELATED: Mohammed Ahmed breaks his own national record in 10,000m in Doha