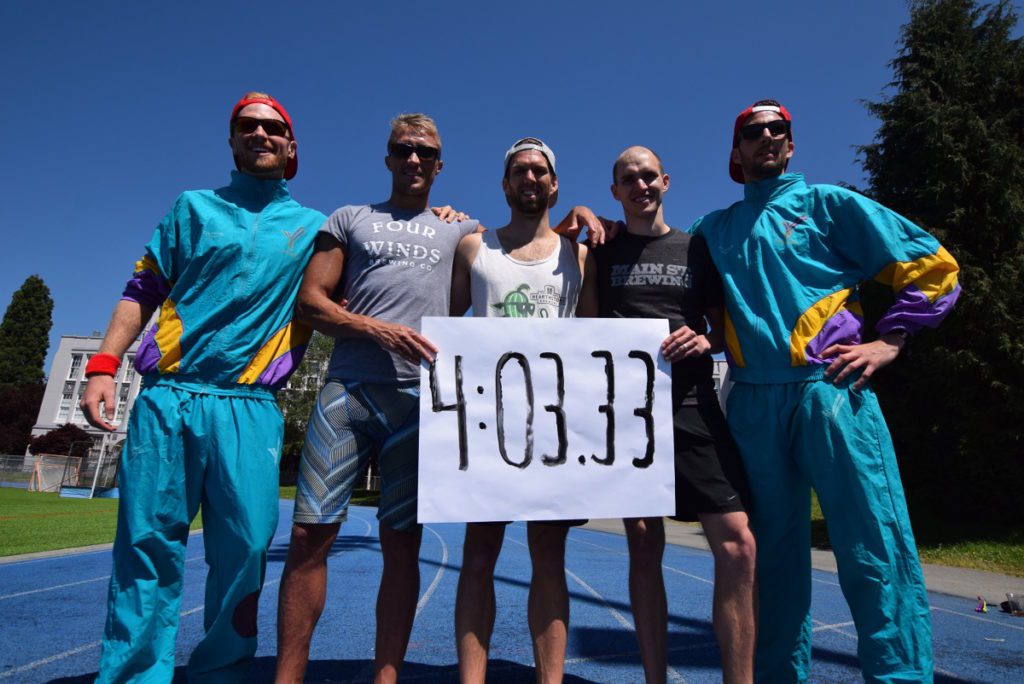 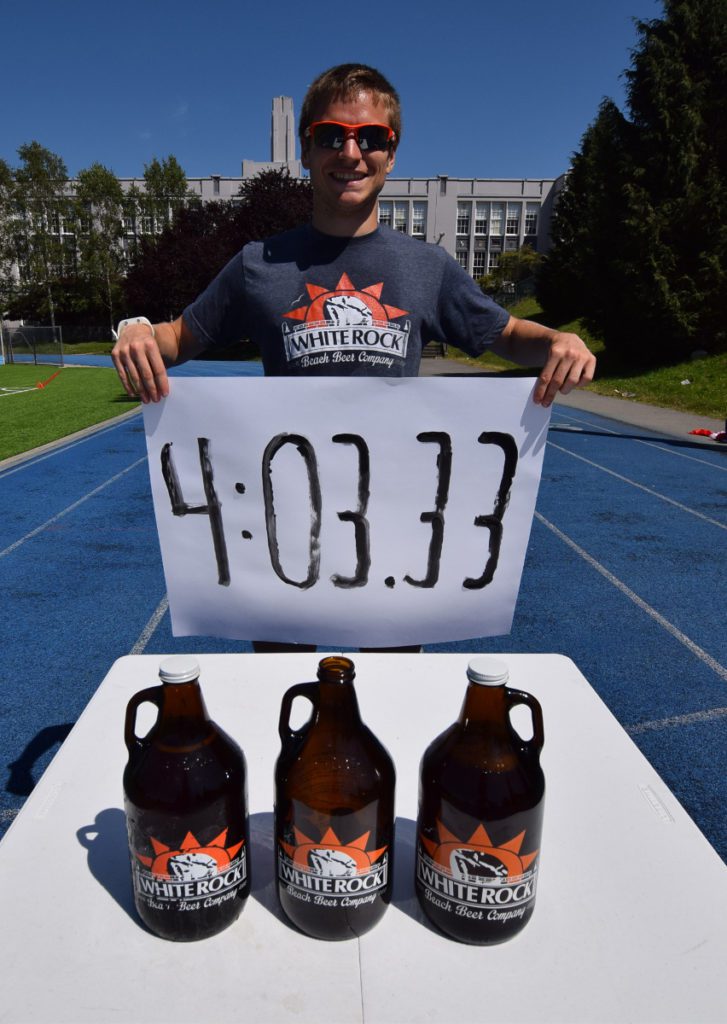 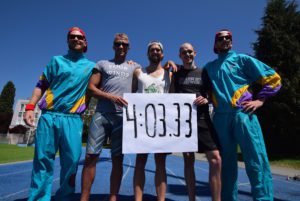 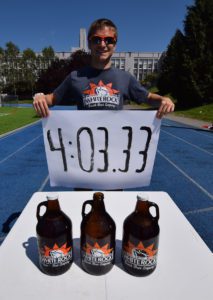 Four Vancouver runners made July 1 a record-breaking day as the quartet set a world best for a variation of the beer mile.

On Canada Day, Jack Williams, John Oisin O’Keane, Andrew Hall and Jeremy Bryant ran 4:03.33, a world record according to the team, for the beer mile relay.

The previous world best is believed to be 4:06 from the 2016 Beer Mile World Classic in London. In late 2016, the Canadian quartet of Corey Bellemore, Corey Gallagher, Lewis Kent, and Phil Parrot-Migas ran, according to Flotrack, a “highly unofficial” 4:04 at the FloTrack Beer Mile World Championships.

Video (note: some language is NSFW)


The beer mile relay is a team variation of the beer mile, which involves drinking one beer and running 400m, four times over. For the relay, four team members, in order, each drink one 355 mL beer of at least five per cent alcohol, and run one lap of a 400m track. In total, four beers are consumed and one full mile (1,609m) is run. One person drinks and then runs at a time.

Williams, the son of Canadian 1,500m record holder and Olympic bronze medallist Lynn Kanuka and three-time Olympian Paul Williams, ran the fastest 400m split of the day. After a 11.30 drinking split, he dropped a sub-51-second lap at a local 400m track in Vancouver. Bryant, who ran 409m in order to make the distance a mile rather than 1,600m, had a 4.82-second drinking split, the fastest of the four.

Four local Vancouver breweries — Main Street Brewery, Hearthstone Brewery, White Rock Beach Beer Company and Four Winds Brewing Company — sponsored the event and donated their beer to fuel the training and running of the attempt. Rob Watson, a coach with Mile2Marathon and a World Championship in Athletics qualifier in the marathon, was in the infield taking care of timing.

Beermile.com, the official beer mile resource, does not list a beer mile relay time under its official world records. There is, however, a 4 x 40 beer relay, in which four team members drink one 40 oz. (1,183 mL) beer each and run 400m.