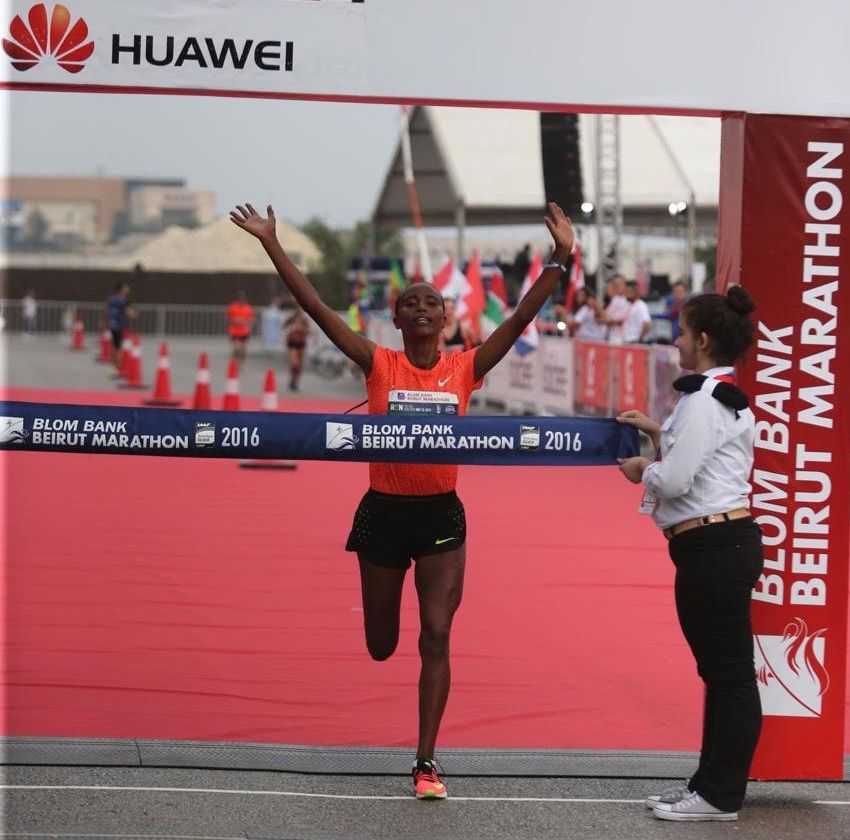 Two new champions were crowned at this year’s Blom Bank Beirut Marathon as heat and humidity quashed any idea of fast times.

IAAF President, Sebastian Coe, fired the starter’s pistol to send off the competitors in the IAAF Silver Label Marathon off before he himself jumped in the 7K fun run along with the Lebanese Prime Minister Saad Hariri.

Kenya’s Edwin Kibet Kiptoo took the men’s marathon title in a time of 2:13:19 running away from a pack of nine in the second half of the race. Second place went to Abebe Gizachew of Ethiopia (2:14:06) with the final podium place going to the defending champion, Jackson Limo, of Kenya. Limo crossed the finish line at Martyr’s Square in 2:15:02. A year ago, albeit on a slightly different course, he ran 2:11:04.

RELATED: Racing in Lebanon: Why the Beirut Marathon became a silver label race

RELATED: From enduring bombings to running the Beirut Marathon: One runner’s journey to marathon success

After the race, the 28-year-old Kiptoo said that the conditions were extremely hot and humid. “It was a good race I was comfortable in winning. My target was 2:09 but today you cannot run for time. The humidity, it was very hot. From 31 to 32K I looked back and there were no people behind. I was able to increase my lead to the finish.”

All the elite athletes complained of the weather conditions.

“The pace was a little slow today because of the heat,” said Limo afterwards. “We tried to push but the time didn’t come. I saw when we were halfway, the pace was too slow. I knew we weren’t going to run a good time. He says he came into the race expecting to defend his title but unfortunately did not succeed. 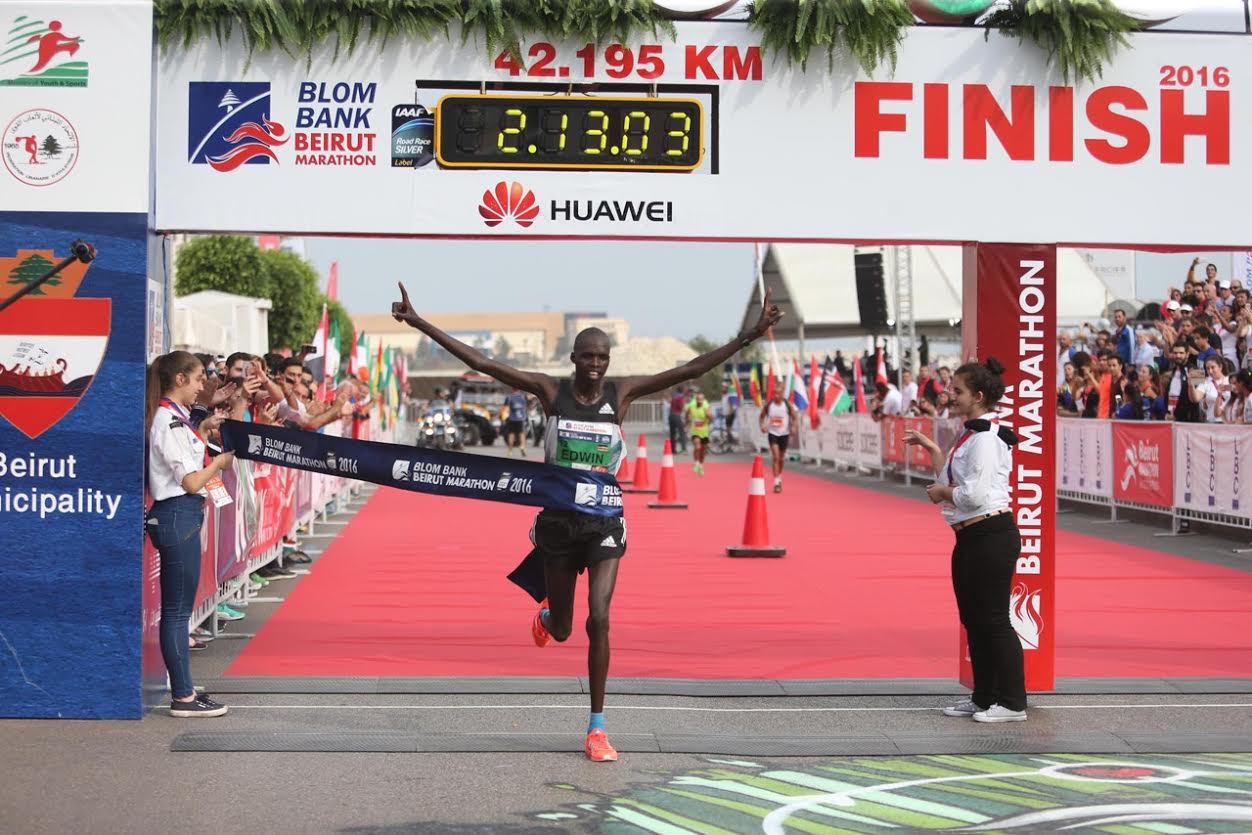 “But I am very happy with the results,” he says. “We were around 32km and Kiptoo pushed I tried to go with him but I had a small stitch in my stomach. I tried to close the gap to get on the podium.”

The women’s race went to 23-year-old Tigist Girma of Ethiopia with a time of 2:32:48, a new personal best for the runner despite the heat. Remarkably, it was the third marathon of the year for the visibly delighted Ethiopian who took the lead in the second half and simply followed the pacemaker until he was forced to drop out with cramps.

Girma was second in the Marrakech Marathon in January and seventh in Lanzhou (China). Asked if she was expecting to win the Beirut Marathon she simply grinned broadly.

“I am very, very happy that I won this marathon race. The Beirut marathon is good for me,” she said. “The pacemaker ran well until his legs hurt and he dropped back.”

She says that she trained quite hard for Beirut and runs with runners like Mare Dibaba, Amane Gobena and Tirunesh Dibaba.

The finish line crowd included a contingent of Ethiopians, who wore national colours and waved their country’s flag. They had even more reason to celebrate. Following Girma across the line were two of their compatriots, Seada Kedir the 2011 and 2012 champion who ran 2:34:12 and Alemenesh Guta who finished in 2:37:23.

Much to the delight of the enthusiastic Lebanese crowd, it was national record holder, Chirine Njeim, who came across the line next. Her time of 2:54:12 was well off her national record of 2:44:19 likely because of the conditions. Then came the woman who inspired her to take up marathon running in the first place, her sister Nesrine (3:12:08).

“It was good,” said the younger sister who represented Lebanon at the Rio Olympics. “I came in today wanting to finish and wanting be here for everyone. That was my goal. My main goal. It was a difficult course, it was a little hilly and generally everyone was on the course cheering so that was really cool. As always, I enjoyed every minute of it.”

The spirit of the race – “peace, love and run” – was evident across the city. Along the way, Njeim passed dancers and community cheering sections who shouted out her name.

“It’s really, really nice to see that. It definitely gives me a push to keep going,” she says. “It is definitely nice to have that on the course. The sisters will take one and two on the podium in the Lebanese race.”

For her part, Nesrine was pleased to finish on the Lebanese podium.

“Actually I ran the Amsterdam marathon two weeks ago,” she said. “So today I didn’t come for the time. My goal was to be with my sister. I only wanted to be second spot.”