In almost every major city across North America, a younger, more vocal and social media-savvy generation of runners are coming together, assembling into clubs, crews and organized groups.

Often composed of young urban professionals, who want to both take control of their health and wellness as well as feel connected and part of something special, these run clubs meet on a regular basis and offer organized runs that are inviting, inclusive and a ton of fun. 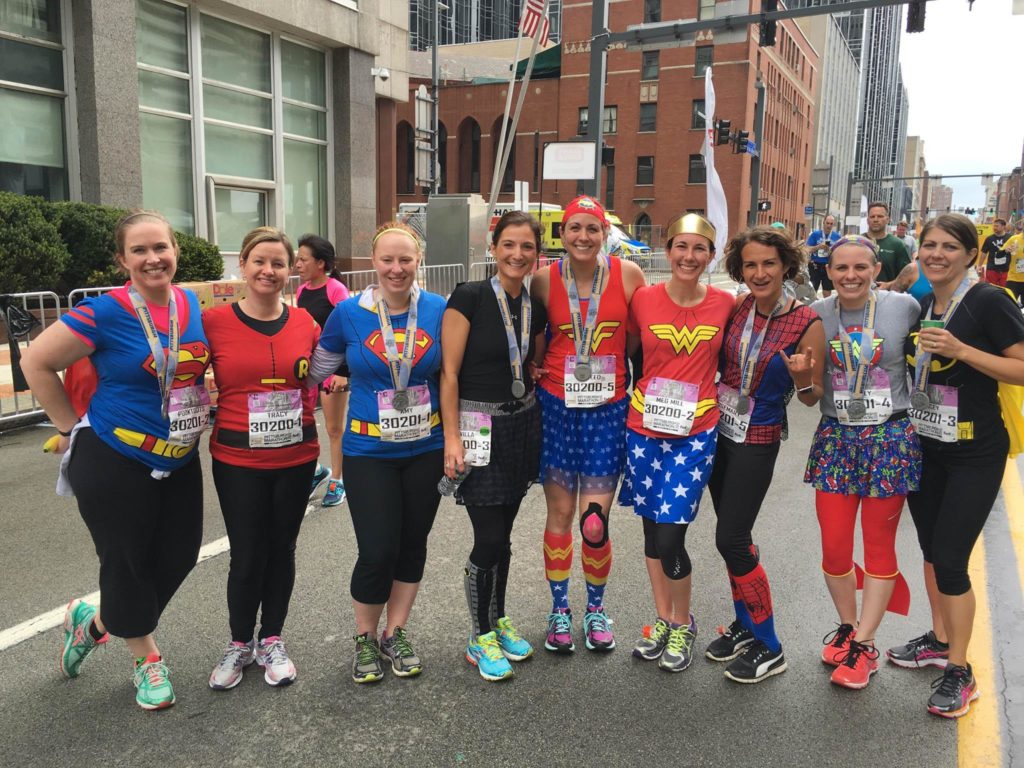 And increasingly, they often travel to participate in big city runs and races that meet their specific needs. Many events have taken notice and in return, they offer exciting races in travel-worthy destinations across the continent.

Here then are a select few of the best events that specifically cater to those involved in the run crew movement:

Pittsburgh, also known as the Steel City, is the second largest in Pennsylvania and located in the southwest corner of the Commonwealth. It is just a few hours south of the Ontario border and can be easily accessed by car, plane or even train. The Pittsburgh Marathon offers several exciting race options including the marathon, half and team relay, all which provide a complete and scenic tour of the City of Bridges.

The marathon course crosses Pittsburgh’s three rivers over five different and architecturally distinct bridges, offering unique and incredible views of the city at every turn. The course runs through 13 individual neighbourhoods which feature festivals, bands and cheer stations to constantly motivate and entertain along the way. The course is not the flattest around but offers an exciting challenge that rewards participants with an abundance of crowd support, community celebration and exceptional organization. The amenities and services offered before, during and after the race are on par with every major marathon making this the complete package when it comes to choosing a great race.

New for 2017, the event is offering a special promo for club runners. The Running Club Rally calls on clubs to register as many members as possible who in return get several perks and benefits. These include a pre-race guided run of the city and race course by members of local club, the Steel City Road Runners. They also receive a discounted registration fee as well as inclusion in the event’s ‘team leaderboard.’ Clubs who recruit 20 or more members will also gain exclusive access to the start line VIP area, the post-race hospitality tent, be featured on the leaderboard and receive a commemorative item. 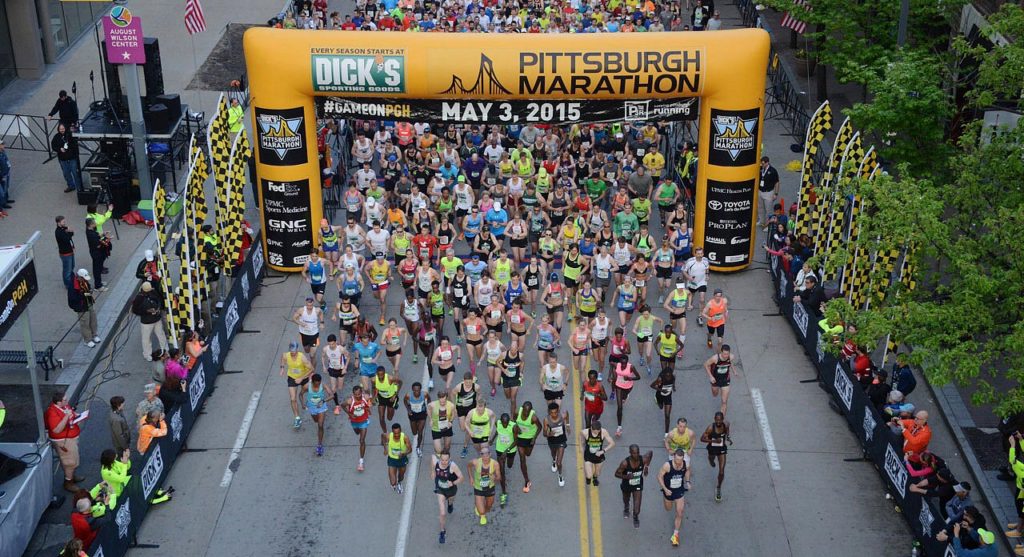 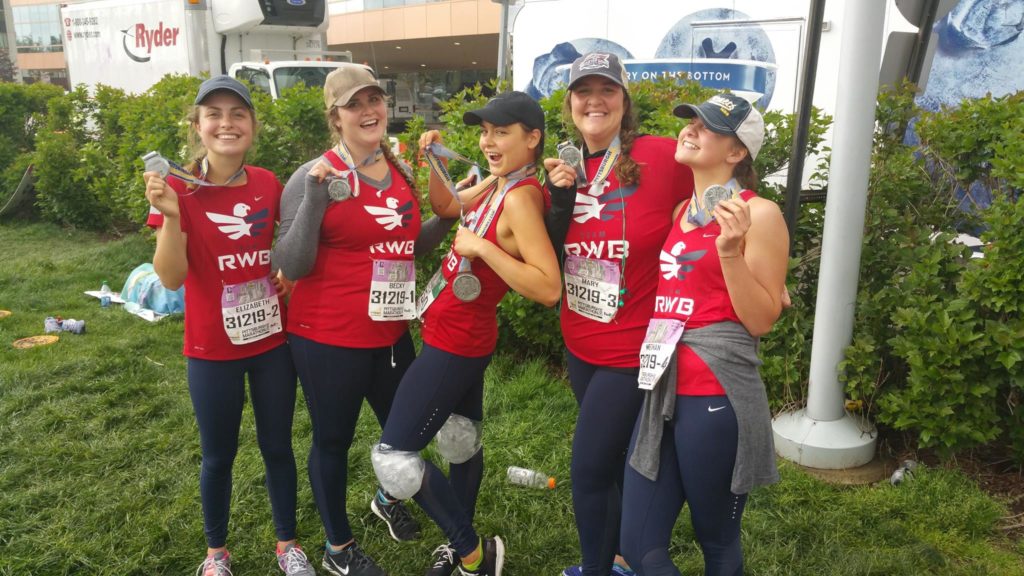 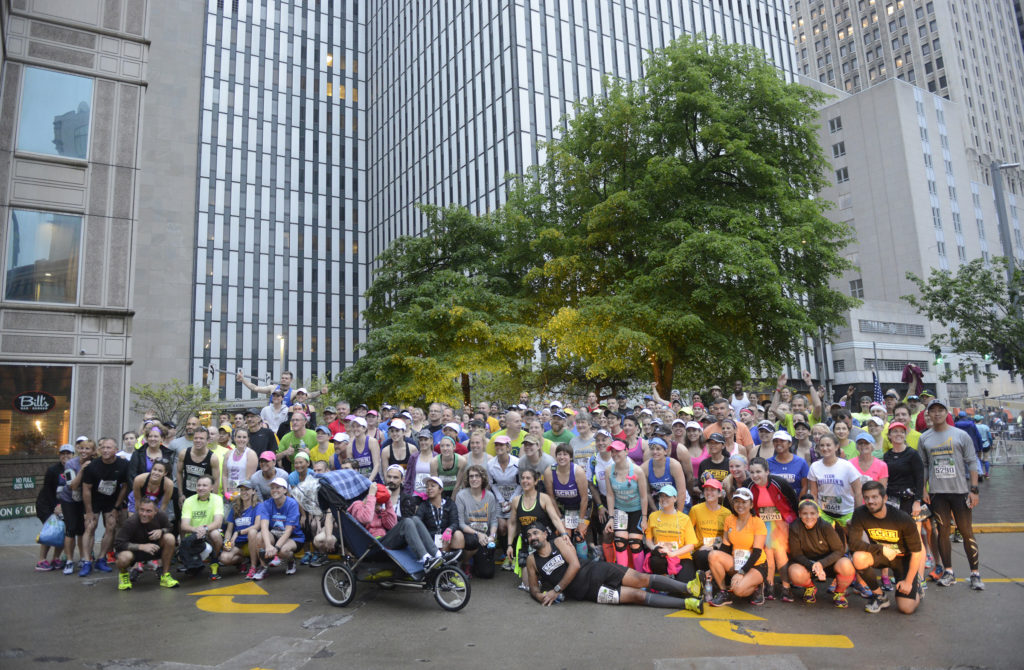 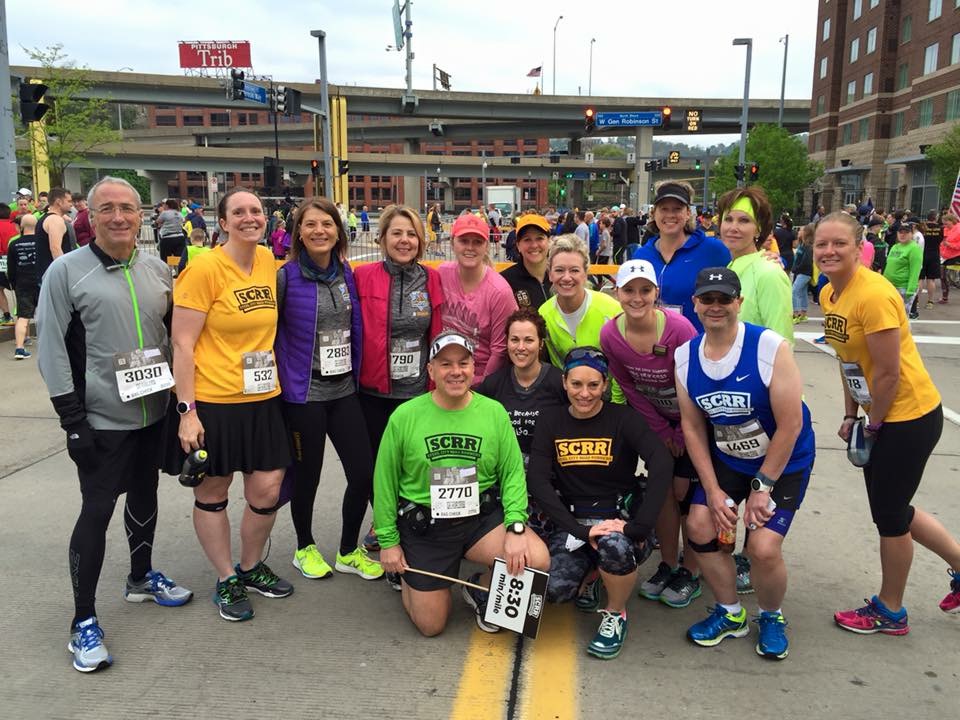 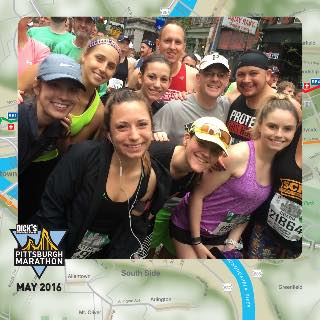 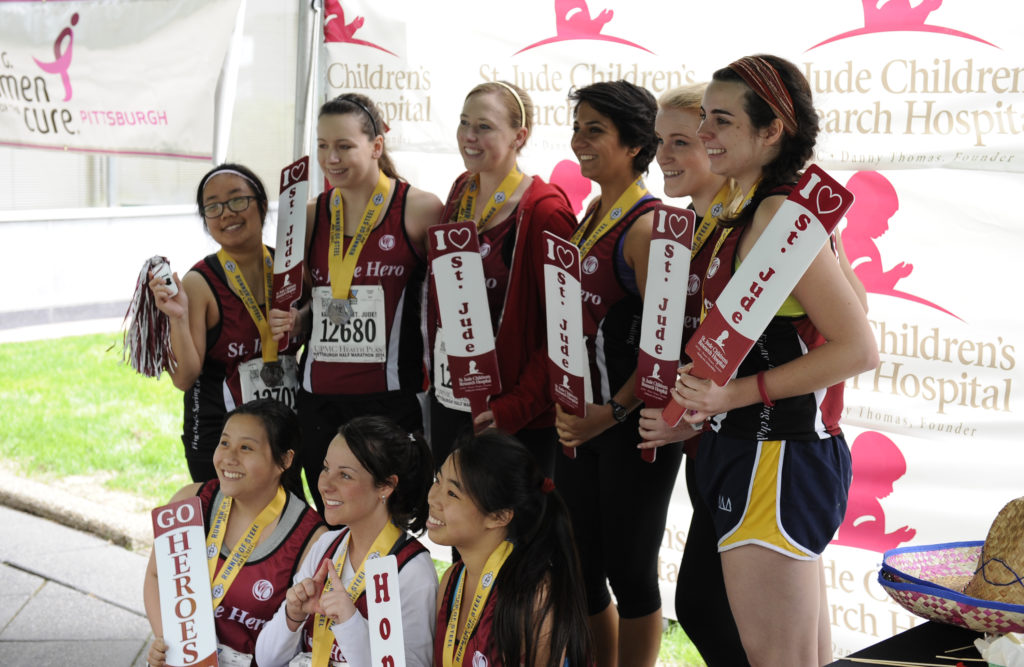 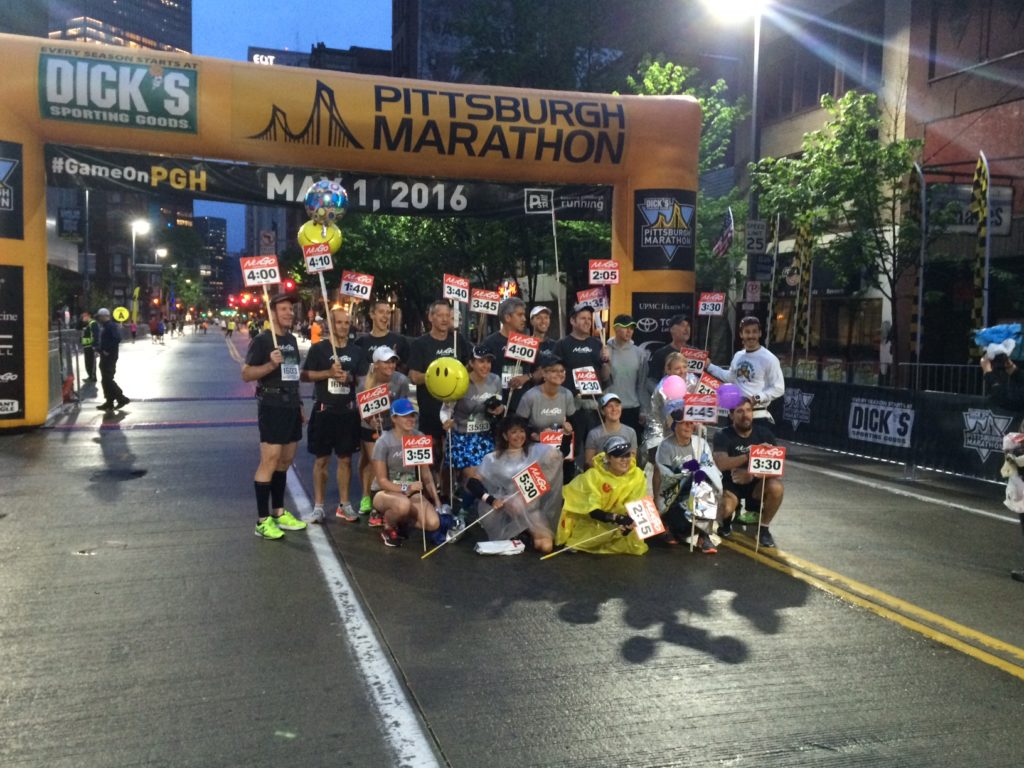 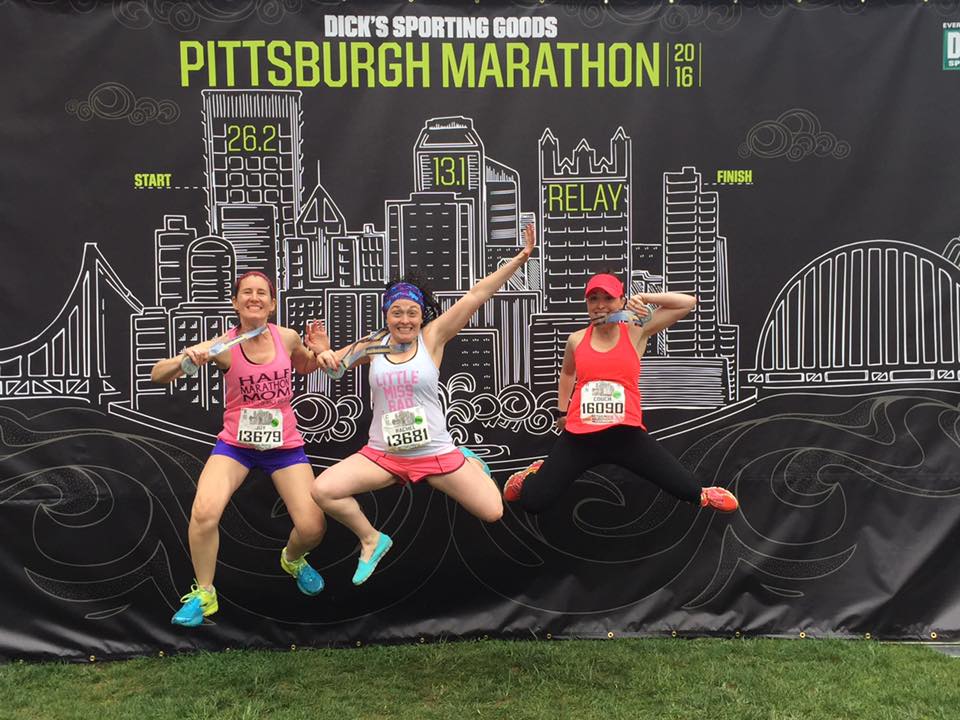 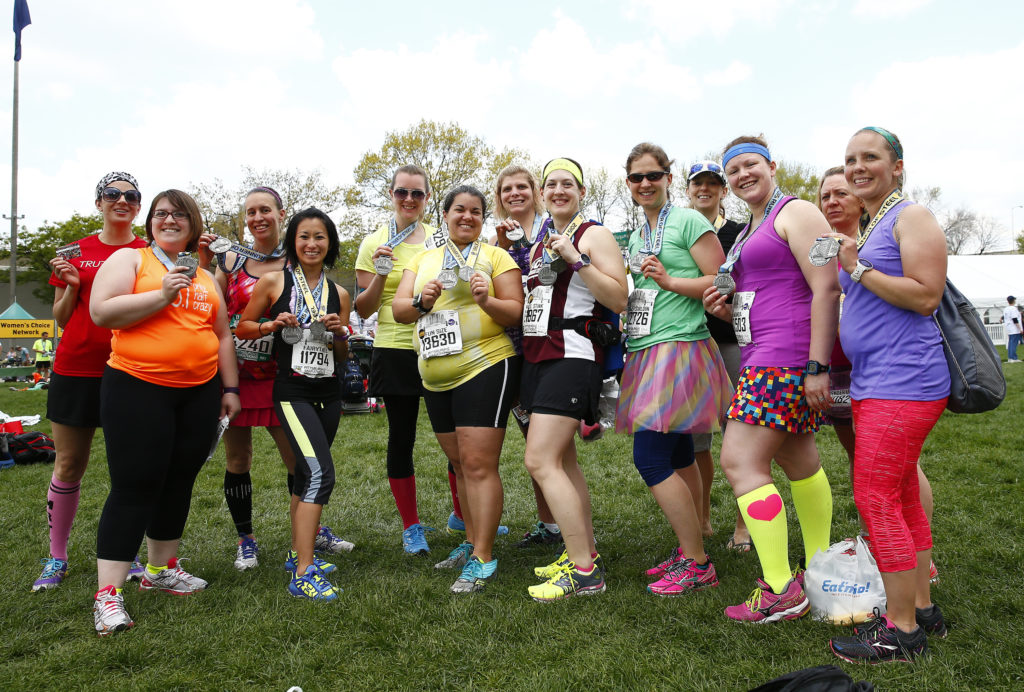 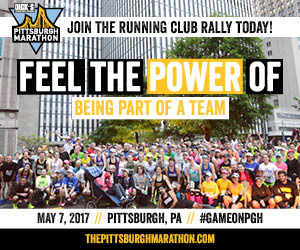 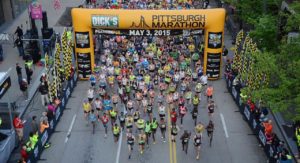 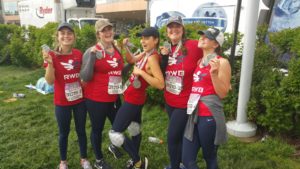 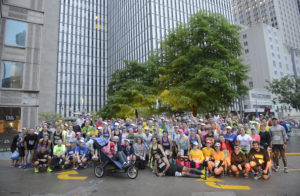 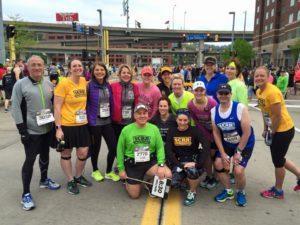 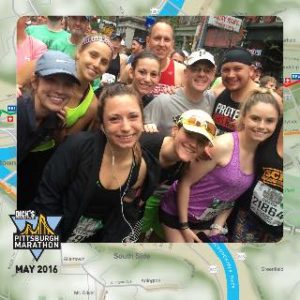 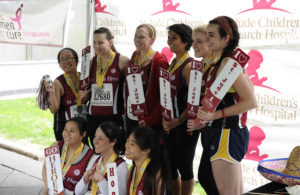 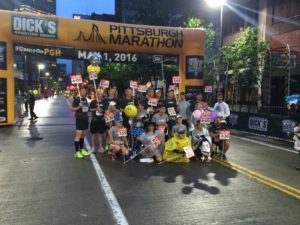 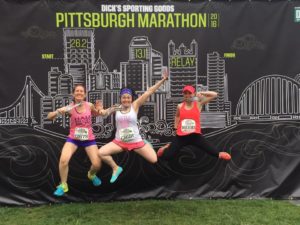 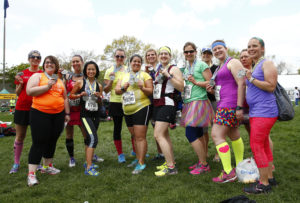 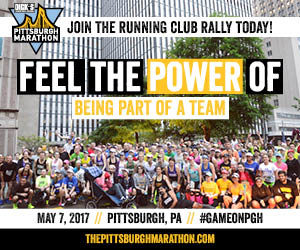 One of two marathon events to take place on Toronto streets, GoodLife is the smaller and less intimidating of the two, making it ideal for newer runners as well as for local clubs. Toronto already boasts an active and diverse run club scene so you can be assured that running through the city will not be a lonely affair.

The point-to-point marathon course features a generous downhill section in the first half making it popular among PB and BQ seekers. The half-marathon is extremely popular and also known for producing speedy times. There’s also an eight-person relay option for school, not-for-profit and corporate teams.

Halifax is a lot like Portland, Ore. It’s super cool, the beer is awesome and the weather sucks. But runners won’t even pay attention to a gloomy day because the city happens to have an emerging vibrant run club scene. Part of that is thanks to crews like the North End Runners.

Halifax’s signature running event is the Scotiabank Blue Nose Marathon held annually in late May. It offers several exciting race options including the marathon, team relay and half. All courses tour the city’s downtown and includes a loop of the Citadel, Point Pleasant Park and lots of running along the waterfront. 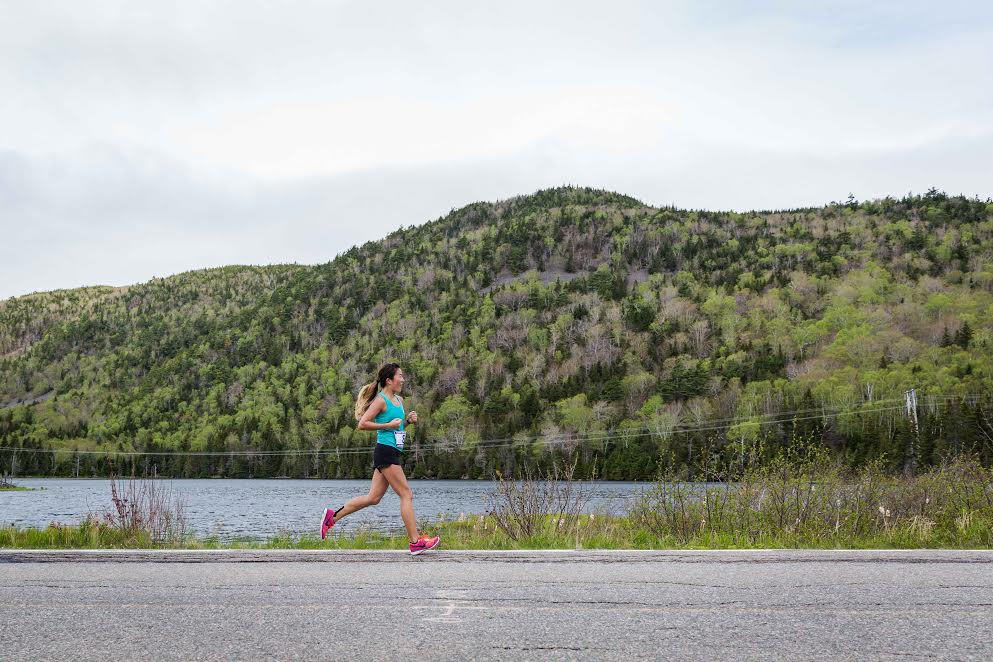 What better way to spend some time with your best running friends than at a 24-hour relay race in one of Canada’s most beautiful settings?

Now in its 29th year, the Cabot Trail relay welcomes 70 teams–over 1,000 runners–from across Canada and the U.S. to complete this challenging but sensationally scenic course that is divided into 17 individual legs. The event starts early on Saturday just outside the town of Baddeck and continues non-stop and overnight until the eventual finish in downtown Baddeck on Sunday. Each leg of the relay varies in difficulty and distance—between 12K and 20K—and takes participants over scenic rolling hills, up and down occasional mountains, along sprawling shorelines, through national parks and to charming seaside communities.

And as if the race wasn’t hard enough, just registering for the event might be the hardest part. Applications to take part must be submitted in late December.

Calgary is host to one of the countries oldest, most storied marathon events which will take place for the 53rd time in 2017. The race has been voted Alberta’s best for many years running. To celebrate the event’s 50th anniversary, the 50K Ultra was introduced and continues to be offered due to popular demand. And just for 2017, to celebrate Canada’s anniversary, the Confederation 150K solo and relay will be another exciting option, particularly for clubs and teams. The event also hosts a 5K, 10K, and popular half-marathon making for an entire weekend of running and racing.