December is almost here which means the holiday season will soon be in full swing. And while most runners have long finished their goal races for the year, there are still a number of great events to help offset the guilt and gluttony of a busy holiday season.

Here are a handful of events, holiday-themed or otherwise, if you’re looking to conclude your 2016 with a run/race.

Presented and hosted by the Running Room and in support of The Salvation Army, the annual Santa Shuffle is a fun way to kick off the holiday season with a 5K run or walk.

Presented by the Toronto Beaches Runners Club, the Tannenbaum 10K has become a popular end-of-year event in Toronto’s Beaches neighbourhood and supports a great local charity, Centre 55. The 10K route which begins and ends at Beaches Park is flat and fast and runs out-and-back along the Lakeshore/Martin Goodman Trail and into Tommy Thompson Park, affording scenic skyline views of the city’s downtown. 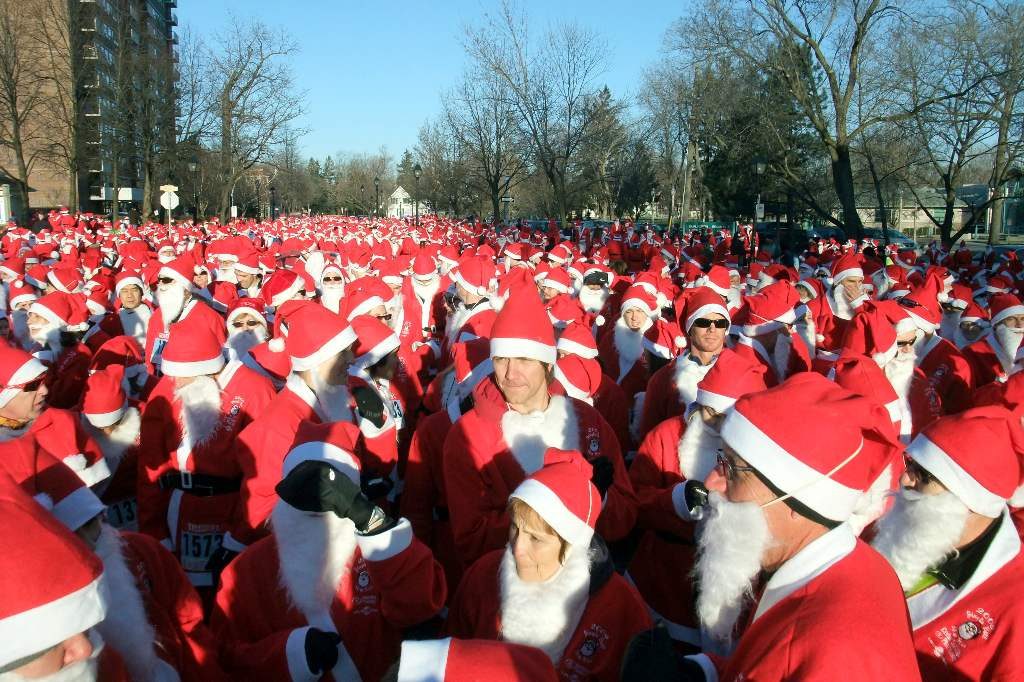 Run a 5K or 3K race, or a 1K fun run, while dressed as Santa. The suit consists of a jacket, pants, hat, beard and belt and is included with registration. It must be worn for the race and is yours to keep after. This race supports the YMCAs of the Waterloo Region.

Don’t miss your chance to participate in one of the prettiest road races in Ontario featuring challenging elevation and picturesque views through Terra Cotta. By participating, you will also help us support local charities.

The Elf Run tours picturesque Stanley Park including on forest trails and a section of the Seawall providing hallmark views of Coal Harbour and the Burrard Inlet. There are also aid stations that include hot chocolate.

Having first been run in 1920, the Boxing Day 10-miler is celebrating its 96th year in 2016 and attracts a considerable and committed field regardless of the conditions, which range from cool and calm to cold and crazy. The course is a challenging mix of short loops and out-and-back that starts and finishes in downtown Hamilton offering a condensed tour of the city and of Bayfront Park. New to 2015 was the addition of a 4 mile (6.4K) run and walk allowing even more people to participate. There’s also a unique garment for all participants and snowman medals for all finishers who are also invited to enjoy a post-race party that includes hot chili.

Organized by the New World Running Club, this informal 2K/4K run or walk starts and finishes at the Bowring Park west gate entrance. Bring along a non-perishable food donation and fun for free!

This amazing, staggered start handicap race where anyone can win often attracts an international field competing for fame and fortune. 2015 saw entrants from as far away as Courtenay BC, Redmond, Washington and London, England. 2016 already has entrants from Toronto and Calgary. Okay, so it’s just people here for the holidays and some locals competing for quirky prizes and socializing at the Prairie Inn after, but it’s a club tradition centred around our founding and namesake venue.

Now in its 32nd year, the Resolution Run and Walk presented/hosted by Running Room provides a fun and inclusive opportunity to start the New Year off on the right foot.

For a complete list of running events and races from coast to coast, check out Raceguide.ca