Saturday was a cold, windy and fast U Sports Cross-Country Championship. Lucia Stafford of Toronto and Kieran Lumb of UBC were the individual champions, while the Queen’s women and Calgary men took the team titles.

RELATED: U Sports Cross-Country: coaches vote for men and women to race 8K in 2020

As the snow settles and we reflect upon the national championship that was, there are some performances that were outstanding and some that left something to be desired. Here are the booms and busts of the 2019 U Sports Cross-Country Championships according to Canadian Running.

The Calgary men made it back-to-back championship wins at the Fort. While they couldn’t pull off an individual title, the men were solid and took the team title easily.

U Sports coaches–This award is for U Sports coaches finally voting for every cross-country person to race the same distance. There remains much debate as to whether the now-universal distance of 8K was the right choice, but the most important takeaway is that men and women will hopefully (pending U Sports approval) run the same championship distance in 2020.

Andrew Davies–Davies is a first-year McMaster runner who had a huge performance in Saturday’s race. The runner cracked the top 10 and helped the team of Max Turek, Alex Drover, Josh McGillivray, and Evan Ubene to a second-place finish after tying for second with Guelph (the scoring went down to the fifth runner where Mac bested Guelph.) 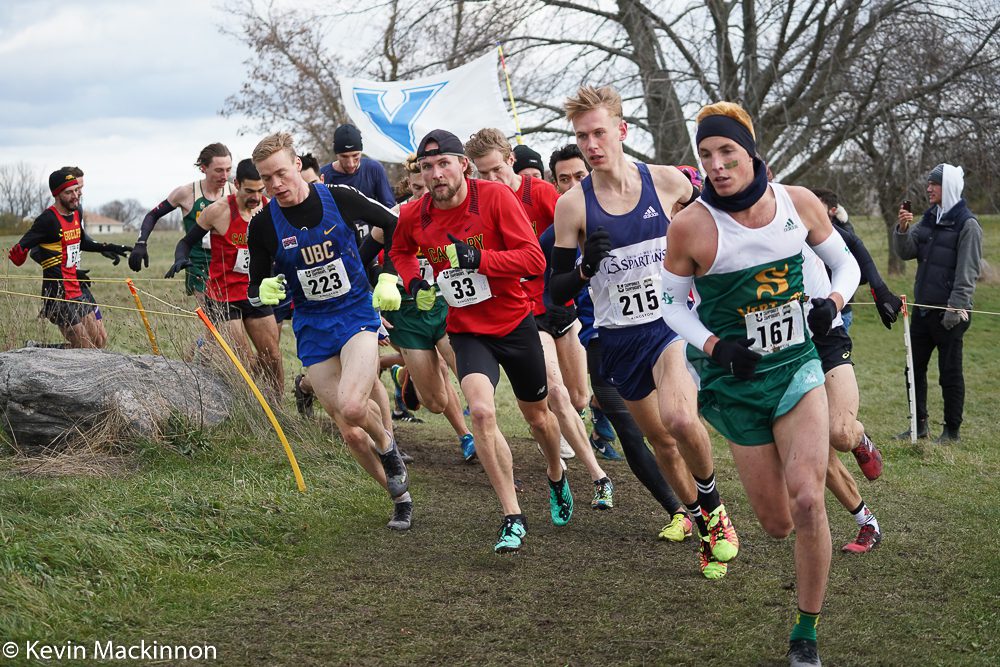 Kate Currant–Currant, who’s primarily an 800m and 1,500m runner, finished in fifth place over 8K cross-country. That position betters her 2019 OUA finish by two spots and her 2018 U Sports cross-country finish by 38 positions. Watch out for the Western runner this indoor season.

Anne-Marie Comeau–The Laval runner, who’d barely been seen throughout the season, showed up big on Saturday. She’s an Olympian in cross-country skiing and a killer XC runner. The fourth-year student, who had barely any race experience in the 2019 cross-country season, finished second in Saturday’s race.

Stafford and Lumb–This should go without saying, but both the individual champions had killer performances. These two runners have a few things in common: they were overlooked during the pre-season (they barely raced), they had killer FISU finishes this past summer (fifth and fourth, respectively) and their wins on Saturday were their first U Sports Cross-Country titles. Watch out for these runners as we enter the indoor and outdoor seasons. They’re poised for big track breakthroughs.

Jean-Simon Desgagnes–The man they call Queen had a rough day on Saturday. The Laval runner was a favourite to win but ended up finishing a disappointing 18th. With two more years of eligibility, we’re hoping he can redeem himself in 2020.

McGill women–After very strong pre-season racing, this team faltered, come championship time. Expected to podium, the squad ended up eighth. Watch for them to learn from their mistakes and come back stronger next year.