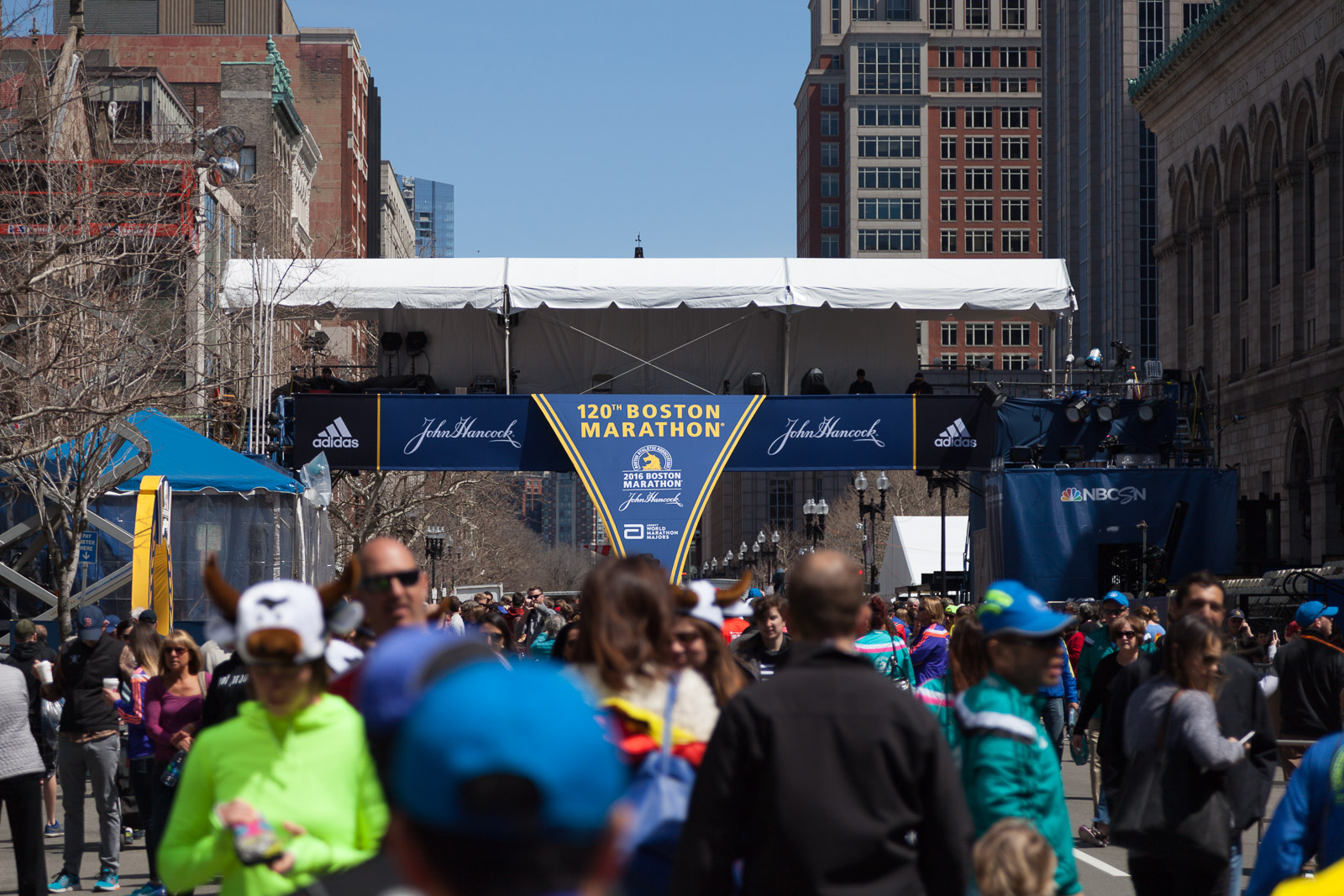 Registration is currently open for the next edition of the Boston Marathon on Monday, April 16th, 2018. This will no doubt create a renewed interest in the historic and storied race. As part of that, is likely a debate about its difficulty.

Boston has a mixed reputation when it comes to its course. It’s far from flat as anyone who has crested Heartbreak Hill can attest. Heartbreak is the fourth and final hill in a series of challenging inclines that come just before the 20 mile (32.2K) mark of the race. Yet overall, Boston is a net downhill course, dropping 447 feet/136m over the course of the full 42.2K distance.

Boston is also unique in that it features a point-to-point course that runs in a northeasterly direction. The start in Hopkinton and the finish in Copley Square are located 38.3 kilometres apart. This means it’s potentially impacted by wind. A strong tailwind (from the southwest) would inevitably assist runners in clocking faster times while a headwind (from the northeast) could significantly deter runners from meeting their goals.

For both these reasons, the Boston Marathon course is ineligible for world or other national records. The IAAF’s “Rule 260” established in 1990, states that marathon records must be run on courses that have a start-finish separation of less than 21.1K and an elevation drop of less than 138 feet or 42 metres.

So is Boston actually fast?

In 2011, Geoffrey Mutai ran the fastest-ever marathon in Boston in 2:03:02 (Dennis Kimetto has since run faster clocking a 2:02:57 in Berlin in 2014). At the time, some, including Boston officials, believed it should be considered a legitimate record and lobbied to have it listed as a world record. Their efforts ultimately failed. This nevertheless helped to support the notion that Boston could be a fast course if conditions were right.

But a new study published in the journal PLOS One casts doubt on that claim. The study looked at the top 10 male and female finish times from 2005 to 2014 from the original five World Marathon Majors (Boston, London, Berlin, Chicago and New York) and compared the results.

Findings showed that London had the fastest times, followed closely by Berlin. Boston, on the other hand, featured the slowest average times, just slightly slower than New York. Criticism of the study rightly points out that this analysis looks only at the very fastest runners who may be motivated to run based on prize money and appearance fees. It ignores the average finisher.

So what about those average finish times?

The average finish time in Boston in 2014 was 3:46 versus 4:07 in Berlin. In 2013, the average time in Chicago was 4:32 and 4:28 in New York. In 2016, London had an average finish time of about 4:21. These numbers suggest that Boston is indeed a fast course but one must keep in mind, that over 80 per cent of the field must qualify with a time specific to their age and gender. The size and composition of the race (percentage of males versus females, elites versus non-elites, etc.) also make these stats difficult to compare.

The other obvious consideration when determining the speed of a course is the weather. Boston falls on the third Monday of April (Patriot’s Day in Massachusetts) which historically sees temperatures of about 13 C. However, in recent years, the conditions were much more hot. In 2012, for example, the daily high hit 30 C. This year’s race was 24 C. The study notes this and says it’s probably the weather more so than course metrics that impact performance the most.