22-year-old Pierce LePage of Whitby Ont. has taken the silver medal in the decathlon at the Commonwealth Games today, after a disastrous performance in the pole vault by defending champion Damian Warner earlier in the second day of competition. LePage racked up a total of 8,171 points overall in the gruelling event, which took place at Carrara Stadium on Australia’s Gold Coast. Grenada’s Lindon Victor claimed the gold medal with 8,303 points.

RELATED: Warner, LePage in gold and silver positions in decathlon after five events

Warner was heavily favoured to repeat his gold medal performance from the Glasgow games in 2014, and started strong by easily winning the 100m and holding onto first place through the first half of the competition. In the second day of competition Warner won the 110m hurdles with a time of 13.89 seconds, racking up another 989 points in the process, and led the field by 223 points going into the pole vault.

Warner set the bar at 4.50m to start (his PB is 4.90m, set in 2016), but failed to clear it after three tries, effectively reducing his medal chances to zero.

Canada’s Pierce LePage cleared the bar at 4.90m, putting him in first position, but was overtaken by Grenada’s Lindon Victor after the javelin throw. 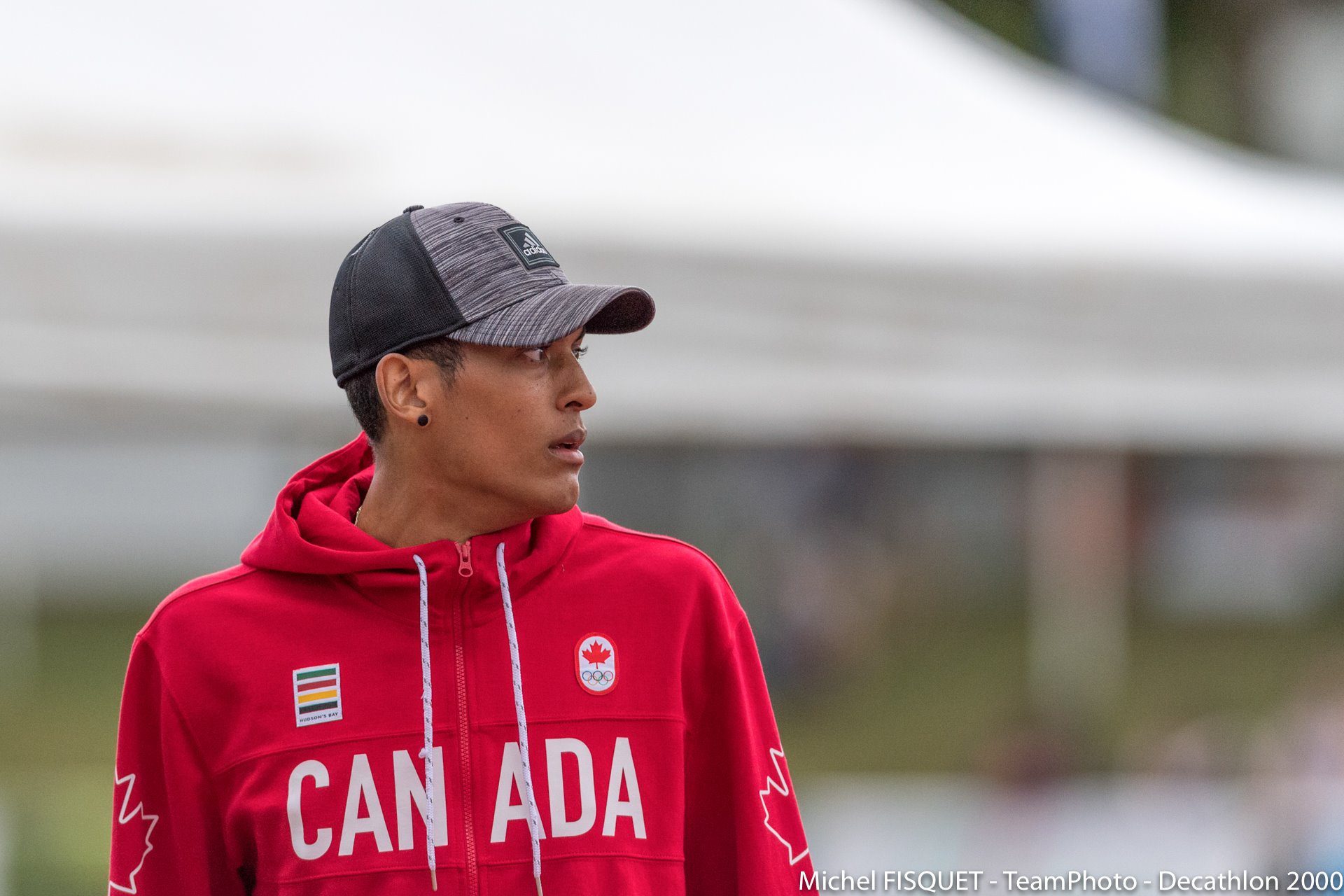 LePage attended the Rio Olympics as a spectator in 2016.