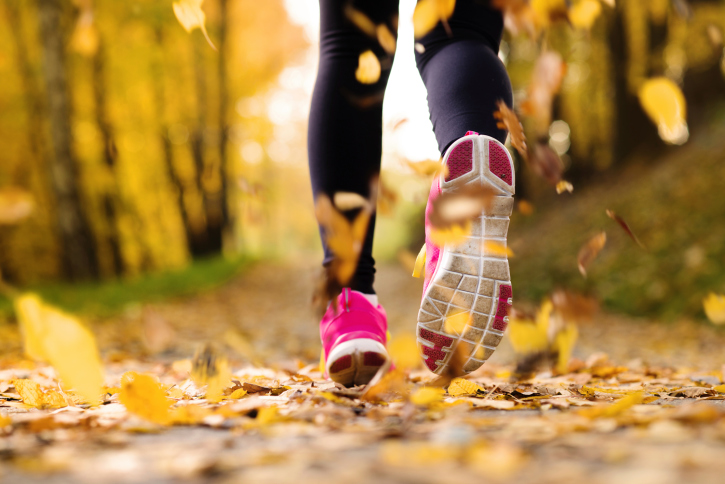 Although it feels very much like summer outside, fall is coming soon. For runners, that’s good news. What better season is there to run in Canada? Early fall is warm without having runners feeling overly sweaty once they step outside. As the season moves on, brisk air is very much welcomed for those long training runs and crisp orange and red leaves are a beauty to look at while cranking out the mileage. As for fall races, they just make the season that much better. Here are some of the most gorgeous races from coast to coast this fall:

The Okanagan lake shore is a gift to those who run this race. There’s no better way to calm race day nerves than to get a glimpse of the gorgeous scenery on the course which you’ll be running. A race run in Kelowna goes fast because there’s so much to look at.

Cruise along the seawall in the infamous Stanley Park and be impressed by mountain views, salty air and scenes of Vancouver.

Haven’t yet raced in the Rocky Mountains? Running through mountains is an experience every runner should have. Enjoy the crisp, cool air and the run by clear tricking streams. Just be prepared for mountain weather which can change on a dime.

4. Run for the Hills Marathon

Local runners will say that the fall is the best time to experience the terrain which this course runs on. It’s a small race but a beautiful one.

City runners can head to the island to feel like they’ve escaped the city clutter for a short time. The lakeside boardwalk with its unobstructed view of Lake Ontario is sure to be the most serene part of the run.

Running in Thunder Bay is one of the best ways to experience northern Ontario. Runners from down south should be prepared for it to be a little chillier but the freshness of the air makes it worth it and the Lake Superior shoreline is a picture worthy enough for a postcard.

Not only is this a picturesque race, it’s also a bucket list race for many Canadian runners. The gorgeous view of the falls while running into Canada will make runners almost forget about their time. Runners head down to Niagara River to enjoy the quaint atmosphere before heading to the finish at the Horseshoe Falls.

The Oak National Park on the outskirts of Montreal is a place that Canadian runners must experience. Soak up the fall colours while running along the wetlands.

P.E.I. is one of the quieter parts of Canada and with this point-to-point course that will take runners through the province’s national park, runners who are visiting get a chance to see its most beautiful parts. The rolling hills offer great scenery and will give the legs a workout.

It’s the largest race in the province. Trying to picture yourself there? Imagine cruising from Moncton’s downtown along riverbank trails for the duration of your race and enjoying the serenity that comes with running by river currents. No wonder it has so many participants– runners keep coming back.