The Red Bull 400 is Canada’s steepest race, and yesterday Canadian women swept the podium. Madison Sands took the win in 4:18, second place went to Brooke Spence in 4:30 and third place went to Robyn Mildren in 4:41.

It’s no surprise that this group of women dominated the race. Sands and Spence have proved themselves on vertical courses, with Sands owning the Grouse Grind course record and Spence completing 18 ascents in 2019 and Mildren is a strong road racer, winning the 2018 Boxing Day 10-miler against a really strong field.

One lap around the track (400m) is hard enough, one of the most lactic-inducing races in track and field. Red Bull decided to one-up the 400m track race by sending competitors straight up the 2010 Olympic ski jump. This challenge puts anyone’s quads, calves and endurance to the test. 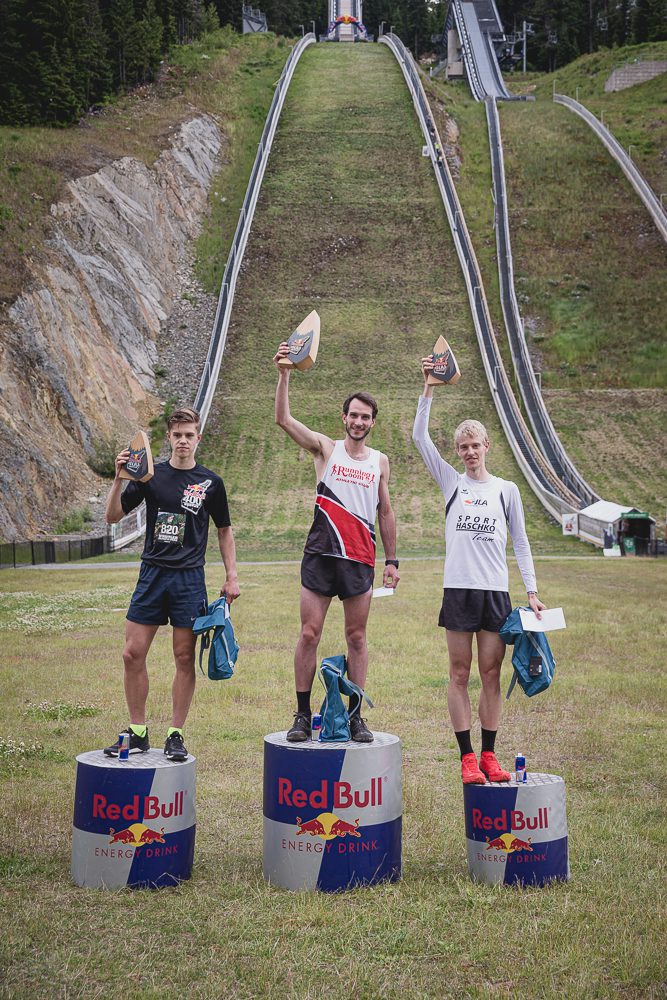 Last year’s men’s winner, Kieran Lumb, is having a killer track season and is competing at the FISU Games in the 5,000m, so he was unavailable for the 2019 event. This year, first-time competitor Alexandre Ricard took the win in a new course record of 3:29. He was followed by Erik Resell of Norway in 3:30 and Jakob Mayer of Great Britain in 3:35.

Ricard said post-race, “I definitely did not expect to win when I came out today. I had no expectations. I planned to push my hardest, and when I qualified for the finals, I summoned all the energy in my legs to carry me to the win. I’m impressed by the unique course and will definitely compete again.”