Canio Polosa, a 93-year-old runner living in London, Ont., smashed his own 5K Canadian Masters record on Sunday by over one minute. Polosa ran 36:30 at the Halloween Haunting 5K, which was held at Springbank Park in London, Ont. 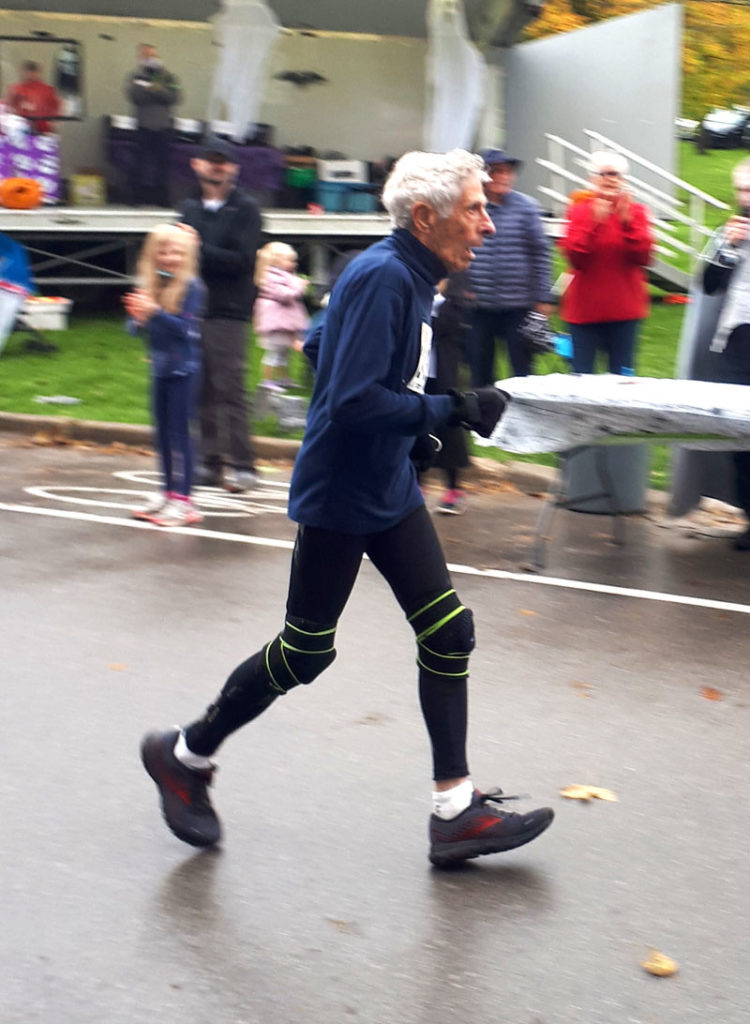 His previous personal best was 37:41. Polosa mentioned that he was honoured to have so much support, as many runners recognized him at the race.

Polosa is a retired medicine professor at McGill University. Polosa lost cartilage in his knees in his 50’s and was advised never to run. He began to run during retirement at age 60, “For eight years or so, I ran 10K’s, then became interested in longer distances,” says Polosa. When he moved to London, Ont., he joined the London Pacers Running Club, which inspired him to run three marathons during the ’90s. After his third marathon, Polosa took a break from running, as it was too much for his knees. Now at 93, Polosa is back running and setting Canadian records after his wife Lynne Weaver saw an Amazon recommendation for knee braces. “They have become his best friends,” she says.

What a comeback story! Canio Polosa, 93, smashes his own Canadian 5K age-group record by over a minute. He started running at 60, and recently took a decade off from running due to knee problems. https://t.co/AXGKGiffGj

Polosa said in a video interview with CBC London that he doesn’t know why he likes running, but he enjoys running 5K to 10K every day to embrace nature. When questioned why most people his age aren’t running, Polosa said, “Most people are not running because they don’t think they can do it.”

Polosa also holds the M90+ Canadian masters’ mile record of 11:07, which he set in June of this year, but is eager to lower it after he said he started too fast during his last attempt.