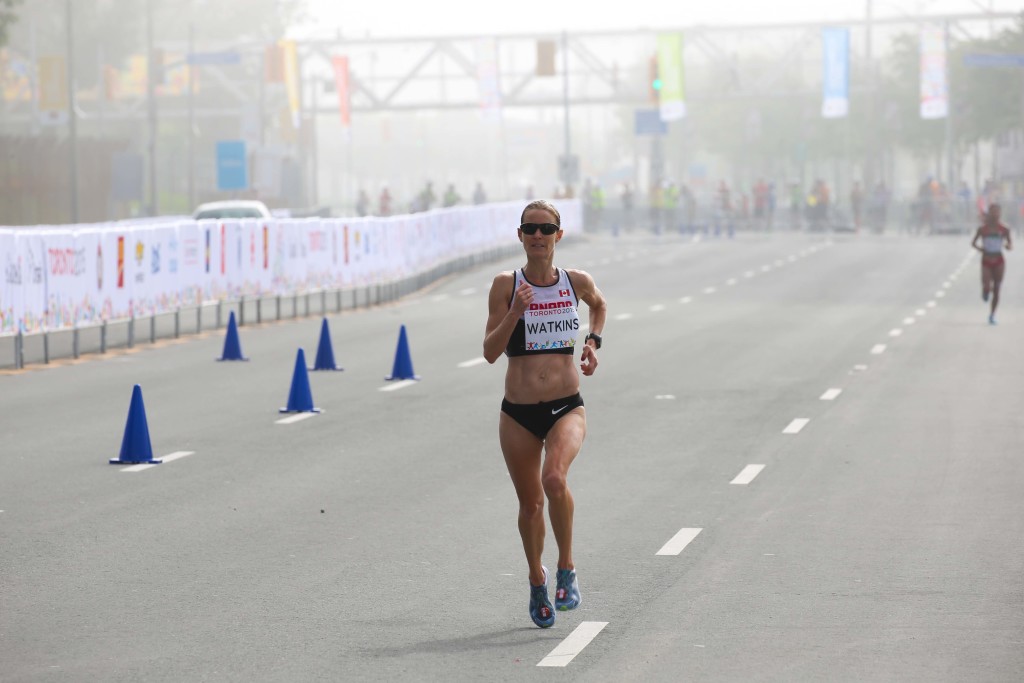 As part of our coverage of the 2017 Scotiabank Toronto Waterfront Marathon on Oct. 22, we’re profiling the top Canadian athletes set to compete at the Canadian Marathon Championships. Catherine Watkins is going to be in attendance. Having already run in Toronto when the city hosted the Pan Am Games two years ago, Watkins has familiarized herself with the city.

RELATED: At 46, Catherine Watkins is ready to reset a Canadian record in Toronto

Describe yourself: I am a mother of two girls, aged 11 and 14, who loves to run. I came to competitive running later in life (after my girls were born) and haven’t looked back since.

Most notable running/racing experience: Representing Canada at the 2015 Pan Am Games Marathon in Toronto where I gritted out an eighth-place finish.

How has your training gone? Training has been pretty consistent with the majority of my workouts hitting targeted paces. As is typical of the marathon build, I have also had a couple of not so great workouts but choose not to focus on those. This has probably been one of my strongest marathon builds to date. Aside from a short bout with the stomach flu, I’ve managed to stay healthy.

Why STWM? Any race put on by the Canada Running Series is guaranteed to be well-executed. I love to support races that support the athletes and help us run our best and STWM definitely does that. I also love that the race is in Canada and that it doubles as the national championship. I’m really excited to be back racing in Toronto.

Goals for the race? I would like to run a strong and consistent pace for the entire distance. Ideally, I hope to run a PB and go sub 2:40 which would also break the Canadian marathon record for women 45 and over.

What gear will you be sporting? I’ll be wearing my favourite marathon shoe, the New Balance 1400, a Oiselle (my awesome sponsor) racing top and bottom and Zensah socks, although I haven’t decided whether to go with compression socks or not; that will depend on if it’s warm.