The 2020 Comrades Marathon was cancelled due to COVID-19, and although the event’s traditional June race date is still nine months away, organizers are reportedly entertaining the idea of pushing the 2021 race to September 26. According to the South African newspaper Weekend Witness, uncertainty surrounding the pandemic has organizers wondering if a race later in the year would have a better shot at being run than in June. If the event is able to go ahead in 2021, it will be the 95th running of the Comrades Marathon and the 100th anniversary of its first edition in May 1921.

The Witness reports that Athletics South Africa and the country’s ministry of sport have yet to land on road race guidelines and regulations in the age of COVID-19. Pairing that with the closed borders and travel restrictions around the world, organizers may have doubts that a race scheduled for the first half of 2021 will be able to go ahead as planned. This year, they said a late-September date would be the last viable option for their race.

A September race might not only be necessary considering the global health crisis, but it would also be welcome news to many members of the South African running community. For years, according to the Witness, South Africans have been pushing for the Comrades Marathon and the Two Oceans road race (another successful South African ultramarathon) to be separated by five or six months. As it stands now, Two Oceans — which is a 56K race in Cape Town — is run in April, just a couple of months ahead of Comrades. If Comrades is moved to September, South African runners would get what they’ve wanted for about a decade. 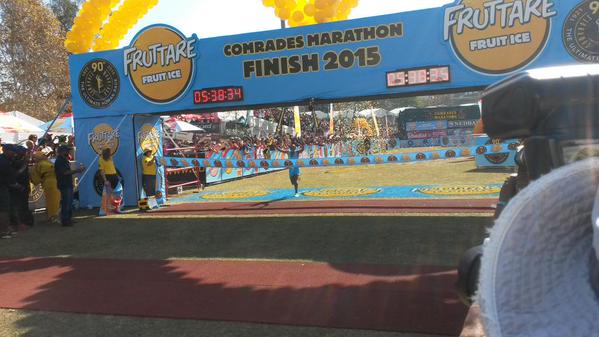 The proposal to separate these events (dubbed “The Big Two”) was made to better complement “weather and world-wide trends” based on the time of year for both races. One thing that won’t change is the prestige that comes with racing Comrades. Whether it’s run in June, September or any other month, it will remain one of the most revered ultramarathons in the world.

RELATED: The nine medals you can win at the Comrades Marathon