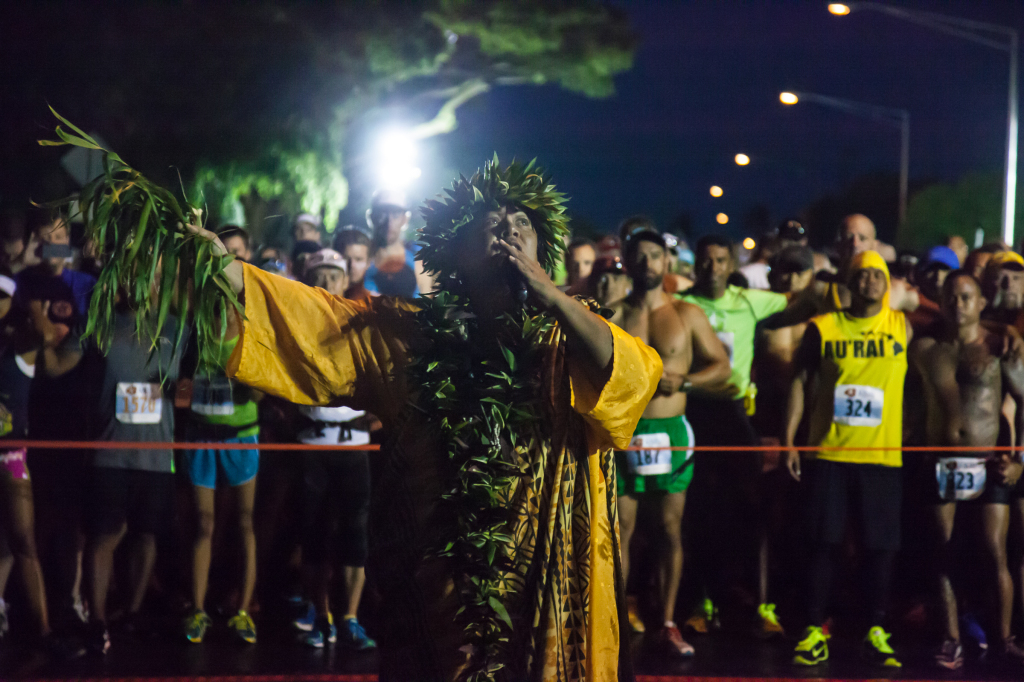 The Aloha Spirit welcomes runners to a beautiful, challenging course through The Garden Isle

Kaua’i, the oldest Hawaiian Island, hosts the state’s newest marathon. In its seventh year, the Kaua’i Marathon and Half-Marathon shows off the island’s natural beauty. Tropical rainforests, volcanic mountain peaks and an oceanfront finish await runners who journey to “the Garden Isle.”

Like more than 1,000 of the 1,700 finishers, I came from across the continent looking for tropical resuscitation. I found a run through paradise that rightfully earns rave reviews for its jaw-dropping scenery, flawless organization and friendly, laid-back vibe. “The aloha spirit is alive here,” says Becki Lynn Lassley, the 2010 women’s winner.

Volunteers are warm and welcoming, food is plentiful and the race exudes charm. Runners start the morning with a spread of pastries and tropical fruit. A traditional blessing sung in Hawaiian marks the moments before the national anthem. The low, bellowing sound of conch shells sends runners off and locals in traditional garb light the way with torches. 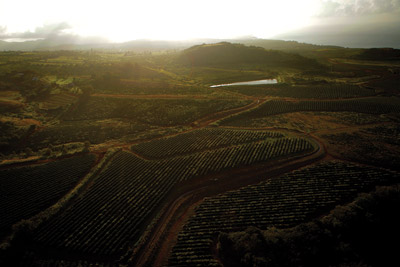 The race really shines as sunrise lights up the landscape. Hula dancers, Hawaiian drummers, marching bands and cheerleaders dot the course, filling in the otherwise quiet route of grazing horses, meandering chickens and 100-year-old eucalyptus canopy known as the Tunnel of Trees. Aid stations overflow with smiling volunteers eager to offer water and words of encouragement.

Weekend activities include an expo, free 5k fun run and kids races, all at the lavish Grand Hyatt Kauai Resort and Spa, a frequent Conde Nast Traveler and Travel + Leisure award winner. It feels like a luxury running camp, with runners taking advantage of hotel and spa discounts. But the Kaua’i Marathon is not for the faint of heart. The full and half run together for 18k, before half-marathoners head to the finish and marathoners head for the hills.

“This beautiful beast of a race will challenge you from start to finish,” wrote two-time champion Nicole Chyr in a race newsletter. Michael Wardian agrees. The 2010 winner and iau 100k World Championship silver medallist told runners to prepare for the three H’s: heat, humidity and hills.

“It’s a road race, but it’s got a trail profile,” Wardian says. Runners steadily ascend 250 metres from the start until the 12k mark.

After a 5k respite, marathoners face an unrelenting series of climbs taking them into the hills of Kalaheo. The panoramas from mountain to ocean are spectacular. The elevation gain – all 670 metres – is not. Race day temperatures reach 30 C and humidity peaks above 80 per cent, making the slog especially pernicious.

“It’s a tough marathon,” says race founder Jeff Sacchini. “If I had to do it over again, I probably wouldn’t make it so hard.”

The half-marathon is more forgiving, sharing the initial 250-metre climb before a gentle descent to the ocean.

“It’s a fast course if you don’t go too quickly in the first half,” race co-host and “Mayor of Running” Bart Yasso warned me before the race. “You get rewarded with 8k of downhill.”

Finishers are treated to a tropical feast, mini- massages and live music. Pop a free beer with your finisher’s medal, which doubles as a bottle opener.

“I tell everybody, ‘Don’t come here to PB. Come to enjoy the experience and drink the beer at the finish line,’” Sacchini told me.

A lifelong runner, Sacchini started the race in 2009 hoping to bring tourist and charitable dollars to Kaua’i. The least-developed of Hawaii’s four major islands, Kaua’i took an economic hit in 2006 when the pga Grand Slam of Golf left the island for Bermuda after 13 years. The 2008 U.S. recession only made matters worse.

“Economic development and charity – that’s really why the event is here,” Sacchini says.

Come 2014, runners travel to the race from 43 U.S. states and 16 countries, including Canada, pumping $3 million per year into the Kaua’i economy. The non-profit race has also raised thou- sands for local charities in addition to donating $7,000 annually to race day volunteer groups and starting a youth running program that pairs fifth graders with high school mentors.

For my part, I spent five days touring Kaua’i in a rented convertible, starting on the North Shore and ending with the race on the South Shore. I treated the Kaua’i Half-Marathon as a fun run, one I wish I could travel to every year. I’m not alone: 67 runners have participated all six years.

“I go to a race every weekend,” Yasso says of his relentless travel schedule as a guest speaker at races around the world. “This is my favorite weekend.”

Right there with you, Bart.

Kaua’i is paradise found. Waterfalls, hidden beaches and 1,000-metre cliffs line the Napali Coast. Reachable only by the 18-kilometre Kalalau Trail, Napali is best appreciated by boat. Sail with Holo Holo Charters to spot turtles, dolphins, sharks or even humpback whales off shore. Hit the beach at Hanalei Bay for stand up paddleboarding in the shadow of Mount Makana, otherwise known as Bali Hai, or hike the 23-kilometre Waimea Canyon. Resting your legs? Ride horseback through 300-acres of tropical trails at Silver Falls Ranch. Or sample a dozen brews at Kauai Coffee’s 3,100-acre java farm, the largest in the U.S.

Where to eat and drink

Pop into the St. Regis Bar at sunset for the daily champagne sabering (yes, with a sword). Then splurge at Kauai Grill downstairs for gourmet, local seafood. Relaxing on Poipu Beach? Lunch at Lava’s or sip sunset cocktails at RumFire, both with stun- ning ocean views. Turn up the romance at Tidepools lagoon-side for standout Hawaiian fare. For some- thing simpler, Fish Express is the spot for fresh poke, a Hawaiian ceviche. Or try meat and veggie franks fully encased in Hawaiian sweet bread at Puka Dog.