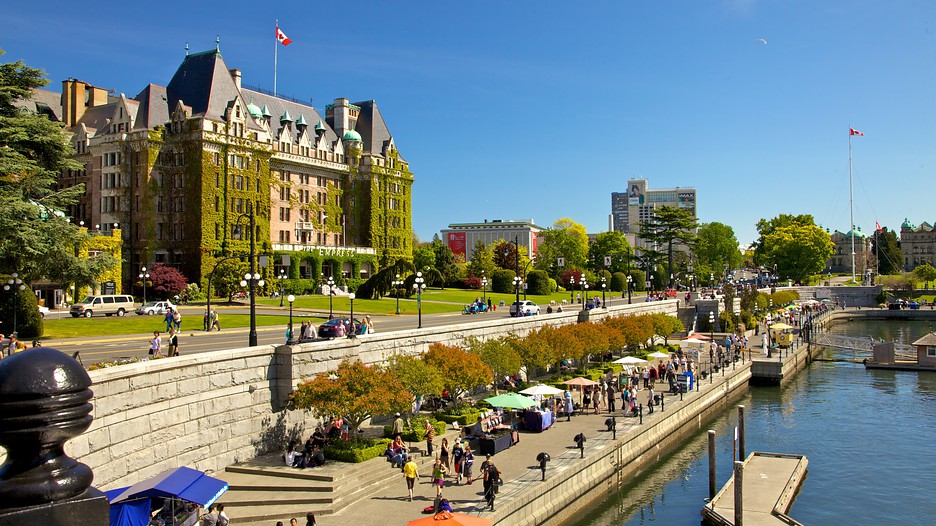 It’s easy to see why the Goodlife Fitness Victoria Marathon is Vancouver Island’s premier running event, which has remained a popular destination race for the past three decades. The city of Victoria is a haven for runners, with its clean air, accessible running paths and trails, a relaxed and friendly atmosphere and generally fit and healthy population. Coffee shops and good food options abound. On any given morning, you’re likely to see a group of runners from one of the local running groups. When race day rolls around in October, the whole city rallies behind the event, making you feel like you’re part of something special.

With local running guru Rob Reid at the helm, the Victoria Marathon attracts runners from across North America and the world. The scenic course features some rolling hills and gentle ocean breezes along the water’s edge, offering some distractingly good views of the Pacific coastline, especially in the latter stages of the race. The marathon has been a hotly contested event since Tom Howard ran 2:21 to beat out a field of 681 finishers at the inaugural event in 1980. Last year, more than 10,000 runners competed in all five of the events including a marathon, marathon relay, half-marathon, 8K and kid’s race.

The race has arranged special rates at its official hotels, including the classic Fairmont Royal Empress. Originally built in 1908, the Royal Empress is now fully restored and still serves its famous afternoon tea and the ornate Bengal bar prepares incredible post-race cocktails and Indian curry. The hotel also hosts the pre-race banquet, which at $45 is well above the usual carbo-loading meal price, but the buffet offerings are fit for royalty. Participants will also be treated to an inspiring keynote speech and there are plenty of awesome draw prizes. 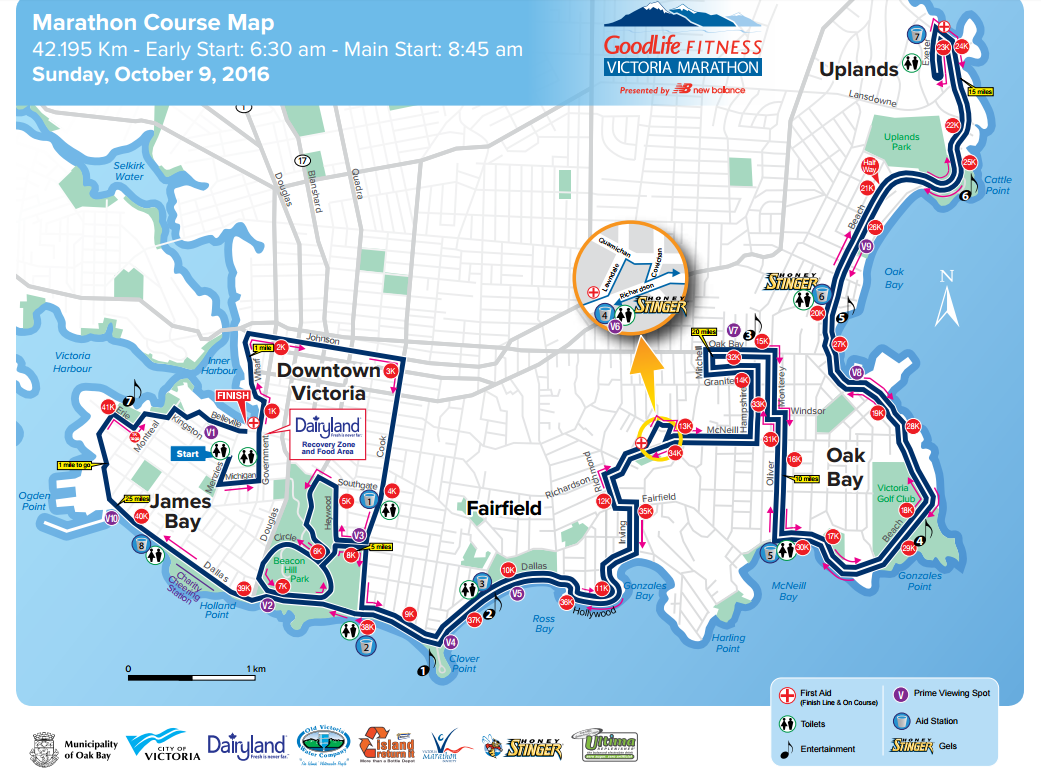 At the end of the marathon, Rob Reid greets every finisher with a handshake–a tradition he has maintained since he became race director almost two decades ago (he now serves as the director of the Victoria Marathon Society). Probably because of its organization and attention to detail, many top age-group runners race here, including Betty Jean McHugh, 89, who set an age-group world record of 4:36:52 for the marathon at the race in 2009. Olympic gold-medallist triathlete Simon Whitfield regularly races in the 8K, which also attracts top talent from across Canada. The Victoria Marathon calls itself a race “by runners for runners,” and it shows in the attention to detail.