Since at least 2012, the Dubai Marathon, first held in 2000, has enjoyed the distinction of having the richest prize purse of any marathon in the world, rewarding the winner with $200,000 USD. (From 2008 to 2012, it was $250,000.) As a result, it has attracted the top competitors and resulted in some of the highest numbers of crazy fast finishes in marathon history. This year, however it has reduced the total prize money offered by more than half. Why? Because the IAAF has refused to grant it the prestigious platinum label status.

RELATED: Why Tamarack Ottawa Race Weekend is one of the best races anywhere

According to a story on LetsRun.com, this year’s prize money for the top four positions has been reduced by half, and fifth through 10th place by $7,500 each (representing a 62 to 75 per cent drop for those finishers). Male and female finishers receive the same prize money.

The sticking point, according to race director Peter Connerton, was the minimum 15,000 finishers to be granted the coveted platinum label, a number Dubai cannot claim. (Marathon organizations must meet a long list of qualifications to be granted platinum, gold, silver or bronze-label status by the IAAF, of which the minimum number of finishers is only one.)

In a statement, Connerton said, “The Dubai Marathon, with the support of the Government of Dubai, has since 2018 contributed over $11 million in prize money–tax free–to the marathon event, attracting to its shores some of the biggest names in the sport, including Haile Gebrselassie and Kenenisa Bekele… After contributing so much to the sport since 2018 we feel let down by the sport after the Government’s initiative back in 2007 to promote Dubai and the Marathon.” 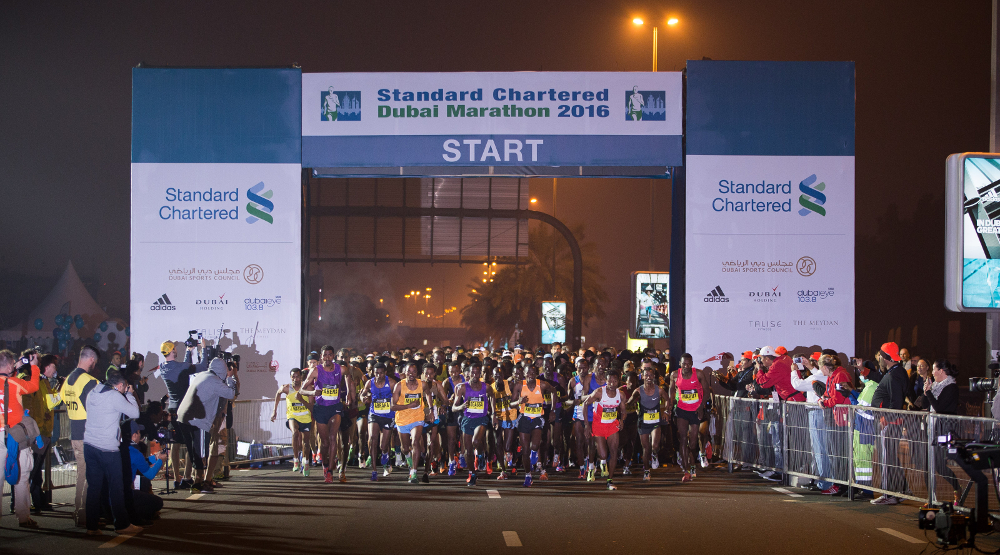 Connerton goes on to state that Dubai’s prize offerings remains on a par with other marathons, but it will not offer appearance fees, as other marathons do. (In fact, according to Let’sRun, the total prize money offered is now a little more than half that offered by the Boston, New York and Chicago marathons.)

In 2008, Haile Gebrselassie of Ethiopia won the Dubai marathon in 2:04:53, setting a new course record by just under five minutes, and almost breaking his own world record (which would have earned him an extra $1 million).

The Boston Marathon is now officially the marathon with the richest winnings. In 2019 it will pay out $746,000 USD total in prize money.