Over the weekend at the Maasmarathon of Visé in Belboom, Belgium, Jo Schoonbroodt of the Netherlands broke Ed Whitlock’s M70+ marathon world record of 2:54:48 by 29 seconds. Schoonbroodt ran 2:54:19 to win the men’s 70-74 age category (by an hour and a half) and also set the M70+ world record. 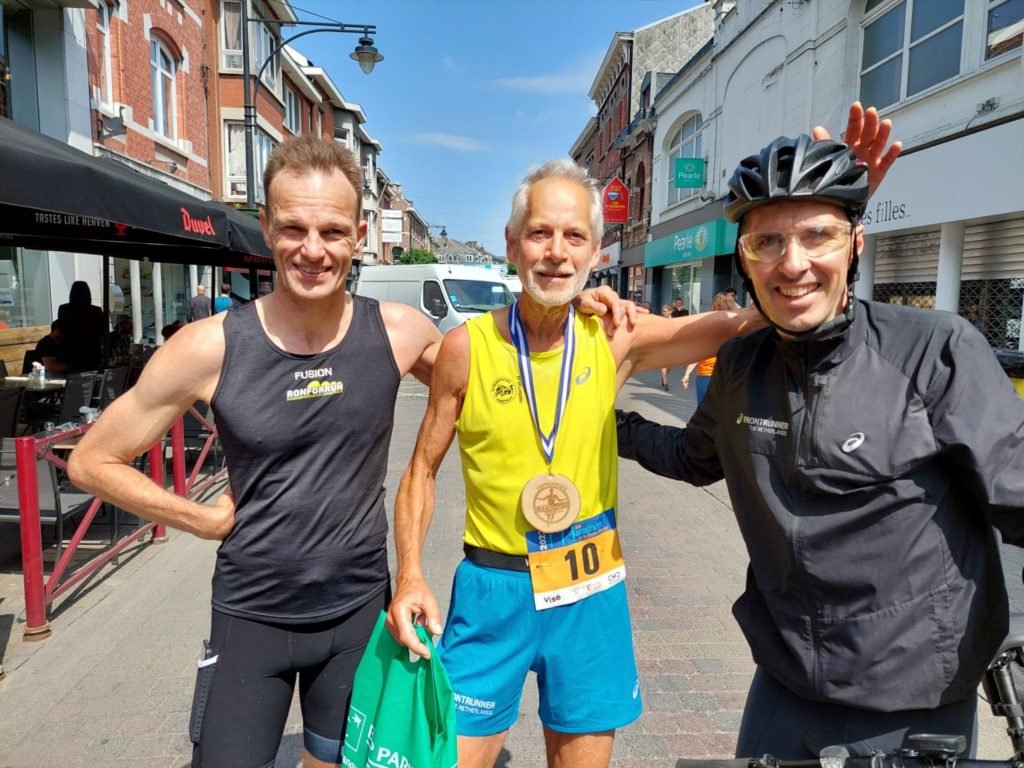 Schoonbroodt set out with the A goal of running under three hours to complete the 75th marathon he has run under the three-hour barrier, but he had a slight tailwind in the first half of the course, covering it in 1:26:18. The second half was into the wind, but Schoonbroodt tucked in behind another runner to help mitigate the effect.

That is a fantastic time at any age but 70+ is phenomenal ?#marathon #worldrecord @UKRunChat pic.twitter.com/sv5QZ0kApe

His time not only beat Whitlock’s official record of 2:54:48, but also U.S. masters runner Gene Dykes unofficial record time of 2:54:23 by four seconds; Dykes ran this time at the Jacksonville Marathon in 2018, only to discover the course was not sanctioned by USATF.

We reached Dykes for a comment: “I’ve been watching with anticipation for Jo to break the record!” he told us in a Facebook message. “My odds of retaking the lead this fall are extremely long–I’m looking forward to tussling with Ed at M75 next year. It would appear that Jacob Nur is going to wipe out the M70 records three years from now.”

Schoonbroodt said on his Instagram page that he was not fixated on breaking the record before the race. “A time under three hours was my goal, but I am now happy I can call myself the fastest 70+ runner on the planet.”

This record is not Schoonbroodt’s first, as the Maastrict, Netherlands, resident ran the M60+ six-hour world record in 2012, covering almost 79 kilometres. “I have always been inspired to run by others,” Schoonbroodt says. “Hopefully this record inspires others around my age to start running.”

When the 71-year-old marathoner isn’t running, he is usually playing with his grandkids or hiking in the Dutch countryside. According to his website, he likes to live according to the motto of enjoying every day and being present in the moment.