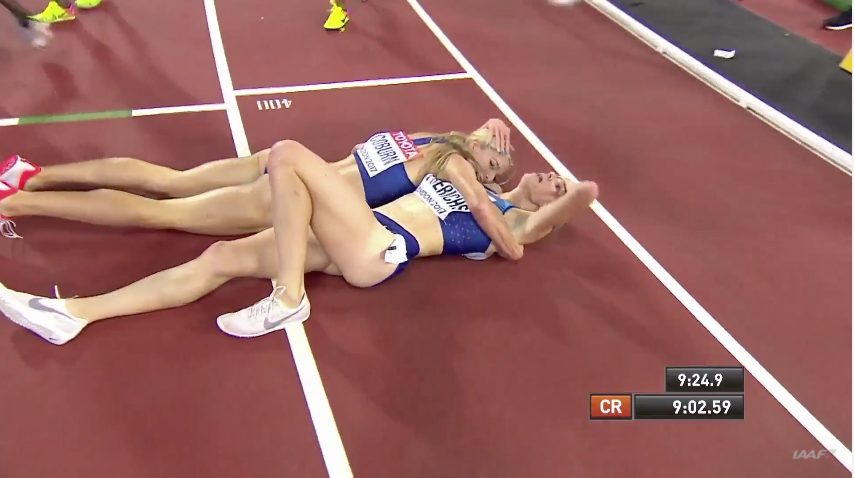 American steeplechasers Emma Coburn and Courtney Frerichs clear the water barrier better than other athletes. Dutch sprinter Dafne Schippers had the longest stride length during acceleration (2.3m) of anyone in the 100m final. And Ethiopian 10,000m champion Almaz Ayana strides 20 cm longer on her right side than her left.

These are just a few of the nuggets from the recently-released IAAF biomechanics study from the 2017 World Championships in London. The Carnegie School of Sport at Leeds Beckett University in Leeds, U.K. has produced 38 in-depth reports for the IAAF, after a year spent analyzing the data from 49 high-speed, high-definition cameras at the games. The data will be invaluable for athletes, coaches and medical professionals.

RELATED: No medals for Canada at 2017 IAAF World Championships

And one of the best hurdlers in the world (bronze medallist Balazs Baji of Hungary in the 110m hurdles) had the longest stride length going over the hurdles (four metres) of anyone in the competition.

It's time for another stat fact from @London2017📊📐

Did you know that @emmajcoburn of the 🇺🇸 had the longest water jump clearance in the women's 3000m steeplechase? – Equivalent to the size of a dolphin 🐬

The study was released at the IAAF Coaches Conference in Tampere, Finland on Sunday, which was also the final day of the World Junior Championships.