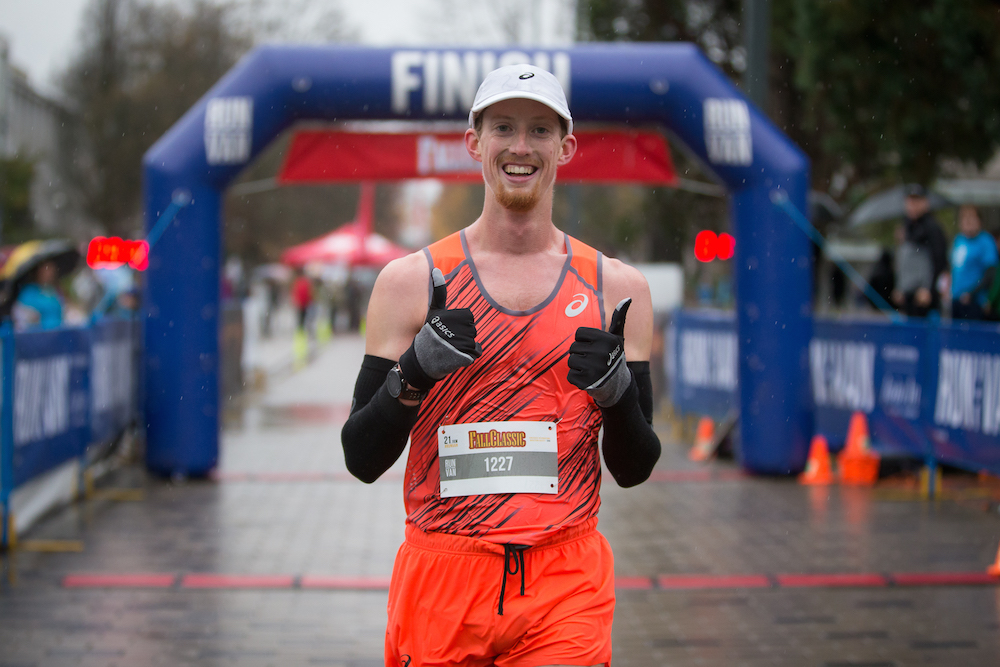 The fourth-place finisher in the 50K racewalk at the 2016 Olympics opted to run on Sunday at the Fall Classic Half-Marathon in Vancouver. The result: A victory in an impressive 1:10:44.

“Well that was fun,” he tweeted out after the race. “Running is hard. Tried to race walk the final metres and almost face planted.” Before the race, he made a call out on social media for time predictions. The closest guess appears to have been 1:12:59. Dunfee’s goal was originally to run under 1:15; during the race he stuck with the leader and pulled away as he was feeling good.

Well that was fun. Running is hard. Tried to race walk the final meters and almost face planted 😳😳 https://t.co/VShlzueNsK

The Vancouver resident has walked 50K in as fast as 3:41:38 (4:26 per kilometre average), the best time ever by a Canadian, and has incorporated cross-country and road races into his training schedule in the past. He contested the B.C. Cross-Country Championships in Nanaimo at the end of October. At the Rio Olympics, he placed 10th in the 20K walk before competing in the 50K, an event in which he was temporarily upgraded to bronze but then reverted back to fourth because of an initial disqualification.

RELATED: Why I can’t sacrifice a payday to run for my country in 2017.

The Fall Classic Half-Marathon is held annually at the University of British Columbia and the surrounding area. Sunday’s course featured some rolling sections and featured two out-and-back stretches on Southwest Marine Drive. The Fall Classic is the third of three races as part of the RUNVAN hat-trick, the first two being the BMO Vancouver Marathon and the Granville Island Turkey Trot.

Get Active Today! Let’s see if you can out step me, download Hachi Go (link is in my bio) and see how your step count compares to mine. Check me out on the leaderboards or follow my Hachi by searching evandunfee! ** In this case @tothem83 certainly out stepped me on route to his Gold medal performance, but I think we’d be favorites for the Race Walk Synchro competition! @startup.canada

The 26-year-old was not the only Olympian in athletics who took part in the Fall Classic on Sunday. London 2012 Olympian Dylan Wykes (pictured below) acted as the 1:30 pace bunny in the half-marathon. Wykes paced the crowds well finishing in 1:29:44. 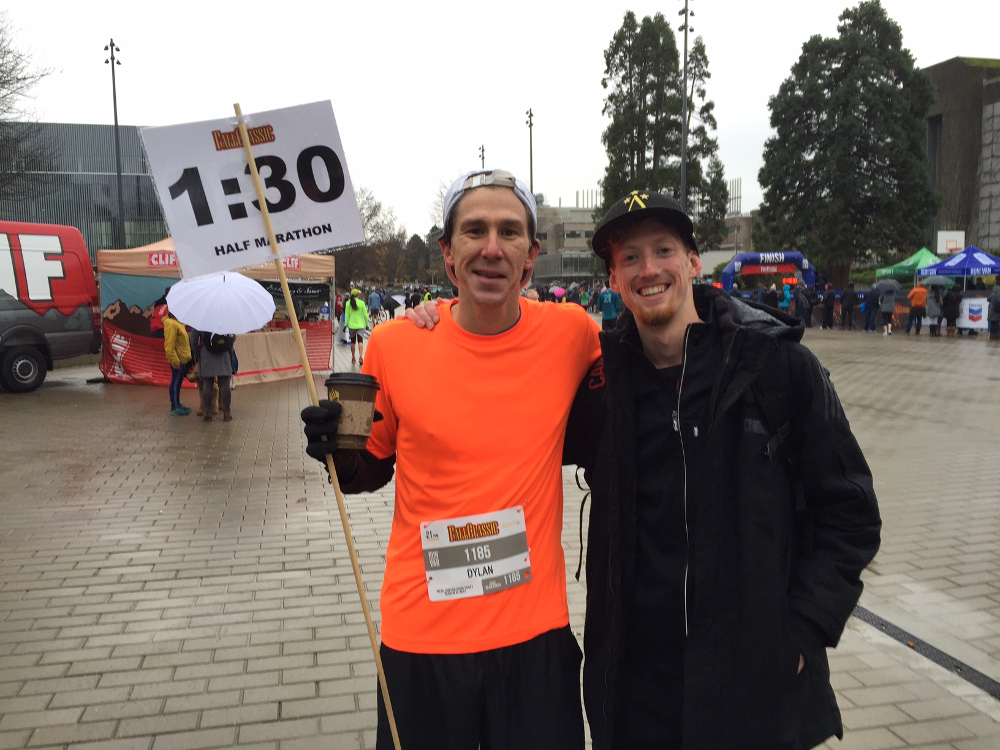 It was a University of British Columbia alumni sweep as Lissa Zimmer (pictured below) won the women’s half-marathon in 1:21:12. 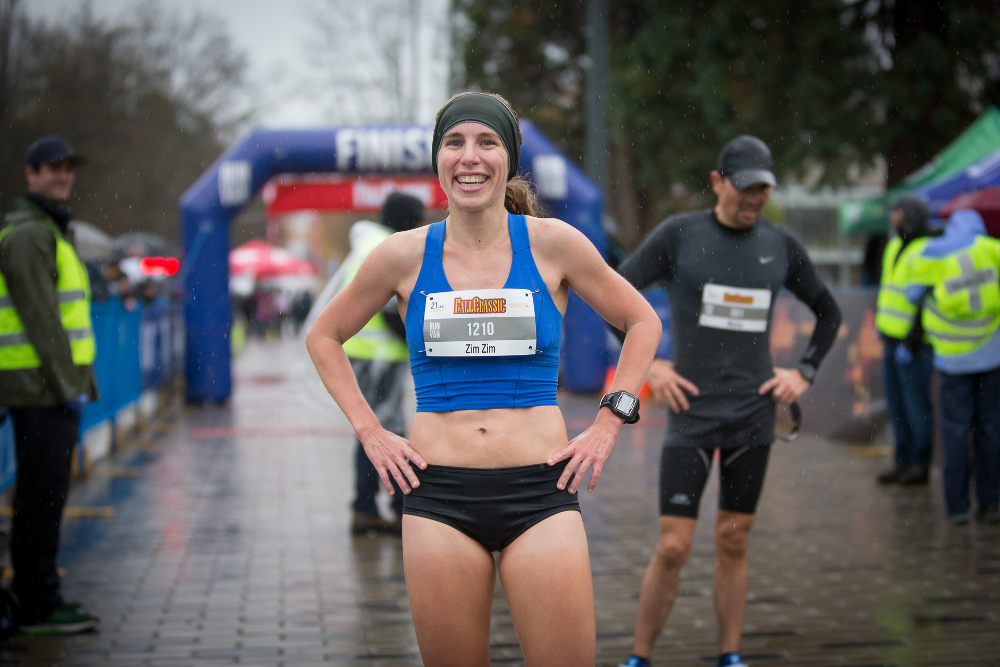 Complete results for the Fall Classic can be found here. There was also a 5K and 10K as part of Sunday’s race day at UBC.