Saturday was a fast one for Canadians at the World Championships. Andre De Grasse ran a personal best in the 100m final to snag a bronze and win Canada’s first medal of the championship. He was followed several hours later (well into the early morning local time) by Evan Dunfee, who got the second medal for Canada, a bronze in the 50K race walk.

Fueling sheet ready to go. 1400kcal if all goes to plan. Nearly 4L of fluid. Not a gram of fat in sight 🙃 pic.twitter.com/d3xVXnsccY

It’s also worth noting that we’re only two days into 10 days of competition and have already earned more medals than in 2017, where Canada brought home none.

Like the marathon, the 50K race walk started one minute before midnight and finished in the early morning the next day. The temperature was also similar to the marathon, with athletes needing to prepare loads of liquids for the extreme heat. Dunfee tweeted that if all went to plan, he would consume 1,400 calories and 4L of fluid during the race. 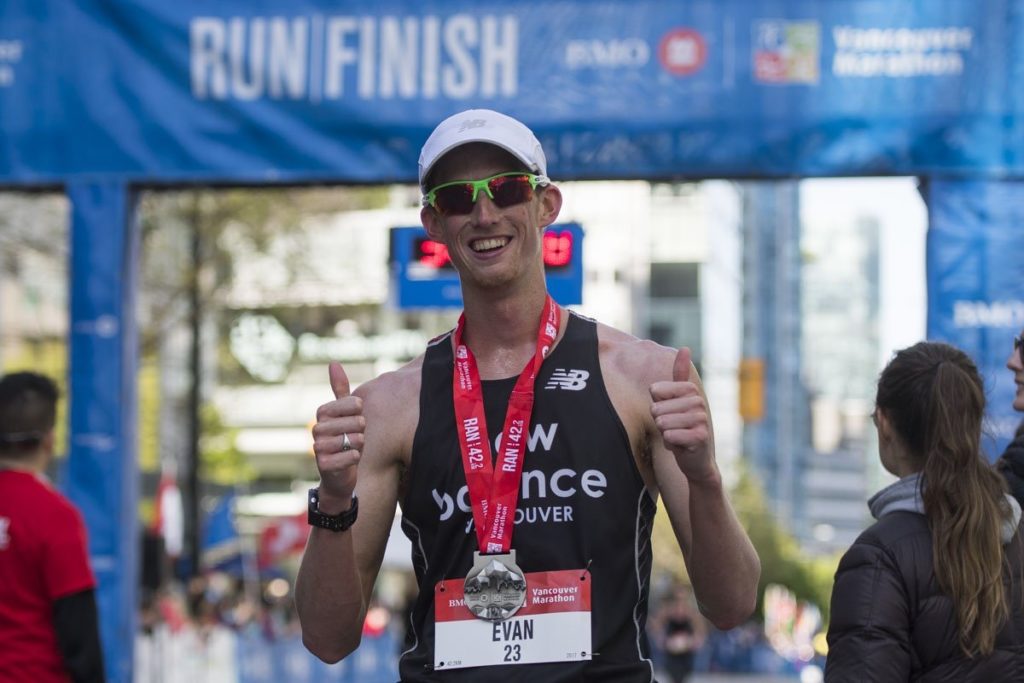 First place went to Yusuke Suzuki of Japan in 4:04:20, Joao Vieira of Portugal in 4:04:59 and Dunfee third in 4:05:02. Dunfee’s had a great year, breaking the 10,000m Canadian race walk record, competing at the Pan Am Games and now topping it all off with his first-ever World Championship medal.

Up next for the Canadians are Aaron Brown and Andre De Grasse in the 200m, Crystal Emmanuel in the 100m, Marco Arop and Brandon McBride in the 800m semi-final and Rachel Seaman in the 20K race walk.

You can catch all of the action via the link below.