It’s finally here, the week of the Canadian National Track and Field Championships in Montreal. If you’re making the trip to Quebec and want to squeeze the most out of your weekend, here’s your comprehensive guide to the championship.

Nationals are running the junior, senior and para trials alongside one another. So no matter the event your runner is competing in, you’ll be around to see a wide selection of track and field competitions.

Almost all of the best Canadian track runners are showing up to the 2019 championships. With an auto-qual for worlds on the line, runners are flying in from around the world to snag their spot.

Gabriela DeBues-Stafford is arguably the headliner of the distance events. This middle-distance stud has set a shocking five national records in 2019 alone, and she’s coming back to Canadian soil following her 1,500m national record in London to secure her spot on the Doha 2019 team. The 1,500m final is Sunday at 12:45 p.m. ET.

Andre De Grasse is certainly back in full force. He’s fresh off his first sub-10 100m since 2016 and ready to compete against Canada’s best. He’s only running the 100m, so be sure to catch his heats and finals. The final is on Friday at 9:05 p.m. ET.

Melissa Bishop-Nriagu is back racing the 800m after giving birth to her daughter in July 2018. She’ll be going head-to-head with new Canadian indoor 800m and 1K record holder Jenna Westaway and 2018 champ Lindsey Butterworth, who’s fresh off an 800m personal best of 2:00.31. The final goes on Saturday at 7:00 p.m. ET. 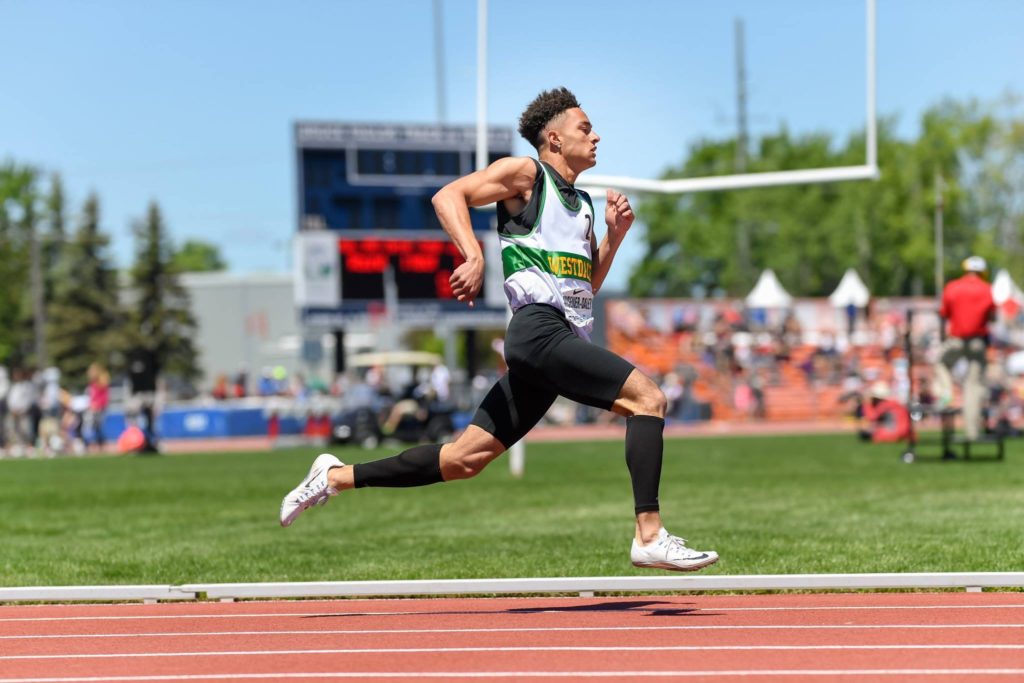 Myles Misener-Daley is the U20 400m record-holder and one of Canada’s most promising young runners. The sprinter is coming off a new Canadian record and personal best at the Pan Am Games and will be running the junior 200m at nationals. The final goes on Sunday at 11:50 a.m. ET.

Moh Ahmed became the first Canadian man to run under 13 minutes for the 5,000m this summer. He’ll be racing fan-favourite Justyn Knight along with 2016 Olympian Luc Bruchet, who’s coming off a strong race in Europe. The race runs Thursday evening at 8:10 p.m. ET.

Events run from Thursday through Sunday with a morning and evening programme every day except Sunday, when the events will run from 10 a.m. through 2 p.m. ET.

The confirmation lists can be found via the link above on Trackie.ca. Heat sheets will be released later this week.

The track is located at the Claude Robillard Center in Montreal, QC.

You can purchase tickets here. There are single day passes or a better deal for a multi-day pass if you plan to be around all weekend. Children are free.

Can’t make the trip to Montreal? No problem, RunnerSpace has you covered.