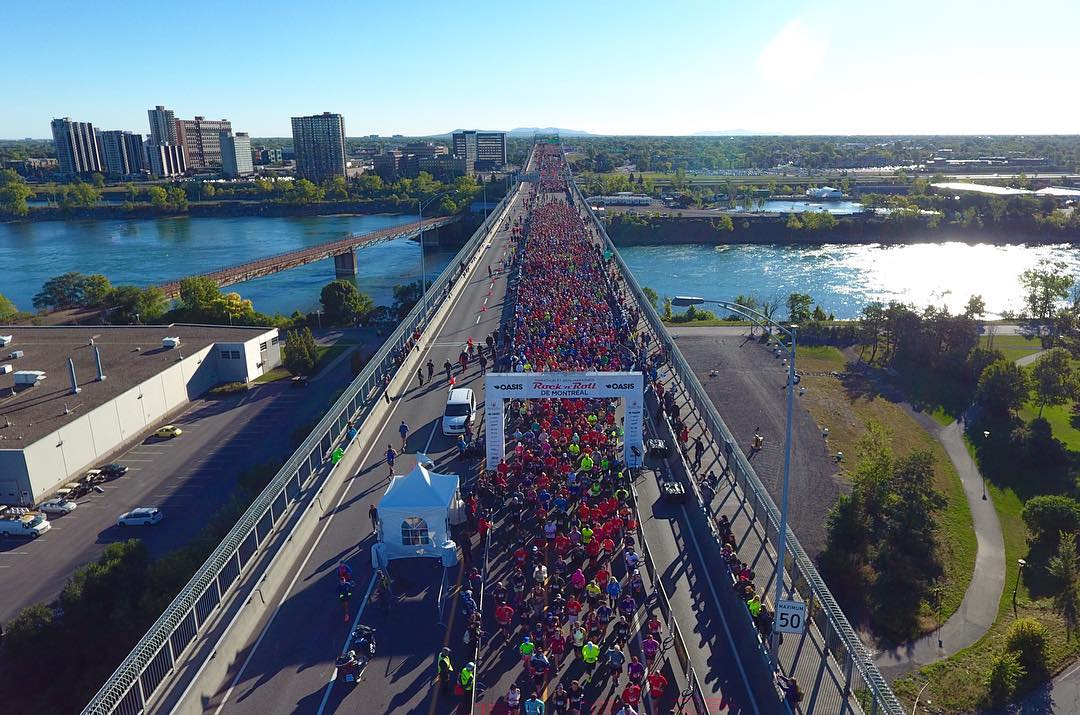 The Edmonton Marathon is set to unofficially kick off the fall marathon race season this coming weekend. And while we realize it’s still summer for several more weeks, between now and November, you can be sure to find a 42.2K race on most weekends, somewhere in Canada. Here’s our comprehensive list:

RELATED: Marathon Training 101: What matters most for 42.2K success?

Queen City is the largest and most popular event in Saskatchewan’s provincial capital where the shorter races (Relay, Half, 5K) often sell out. 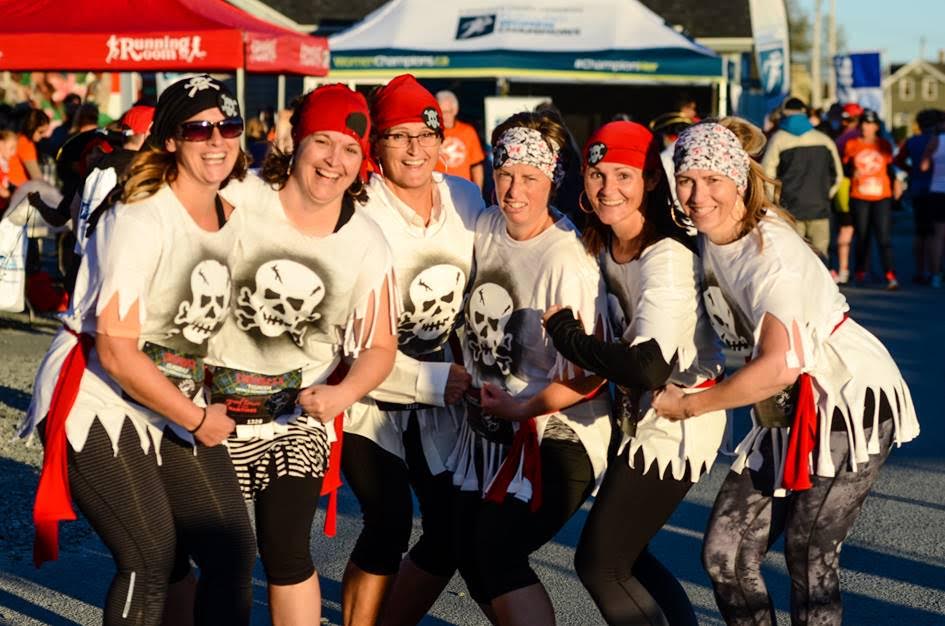 The Maritime Race Weekend continues to grow in popularity and hosts races for everyone including a marathon, half, 10K and 5K. In addition to coastline views, participants can expect a sea of cheering supporters – some sporting pirate-themed costumes – along the route.

After five successful years, the Fort McMurray Half Marathon returns for a sixth year with a new and exciting offering for participants. Now called the Fort McMurray Marathon, the event aims to be bigger than ever before and for the first time, runners can challenge themselves with a race that’s now twice the length. This certified course could even be used to qualify for the prestigious Boston Marathon.

Looking for a 42.2K race in Manitoba this fall? This may be your only option, but is also a good one. 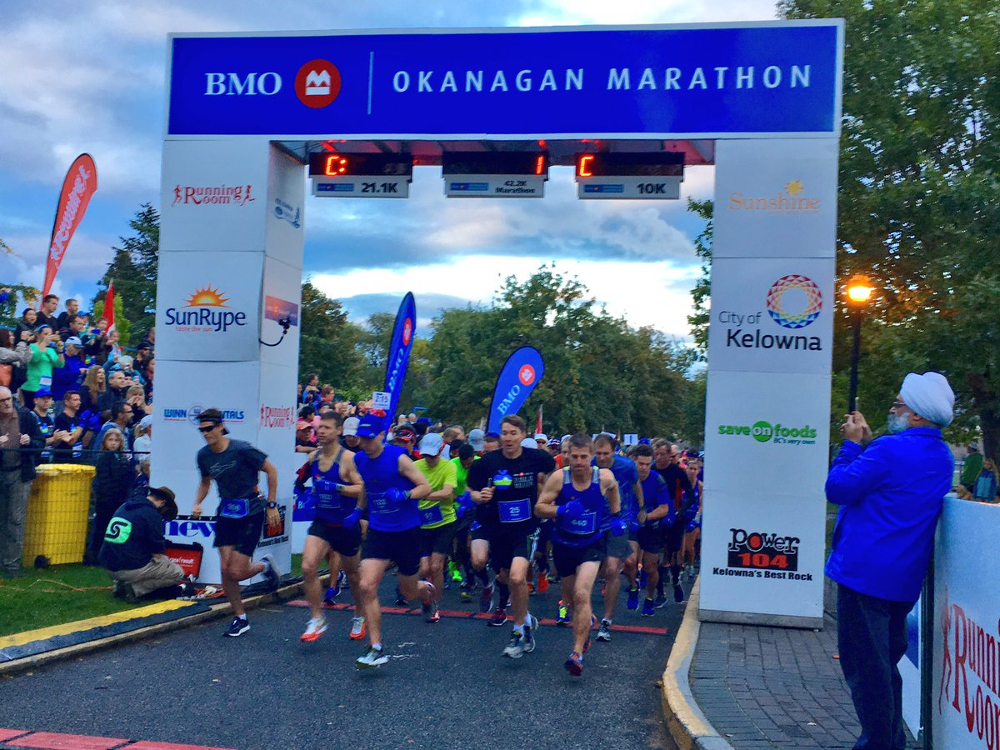 Taking place in beautiful Kelowna B.C. during the Thanksgiving holiday weekend, the BMO Okanagan Marathon is mostly flat and features an out-and-back course with several loops.

The only event of its kind to take place in Labrador and featuring some of the most unique and rugged terrain of any race in Canada.

Despite a relatively small field and at-times hilly course, this local classic previously saw the highest rate of Boston Qualifiers in Canada.

The Victoria Marathon is a historic and popular event that in addition to its world-class marathon, also offers a half and 8K race options. 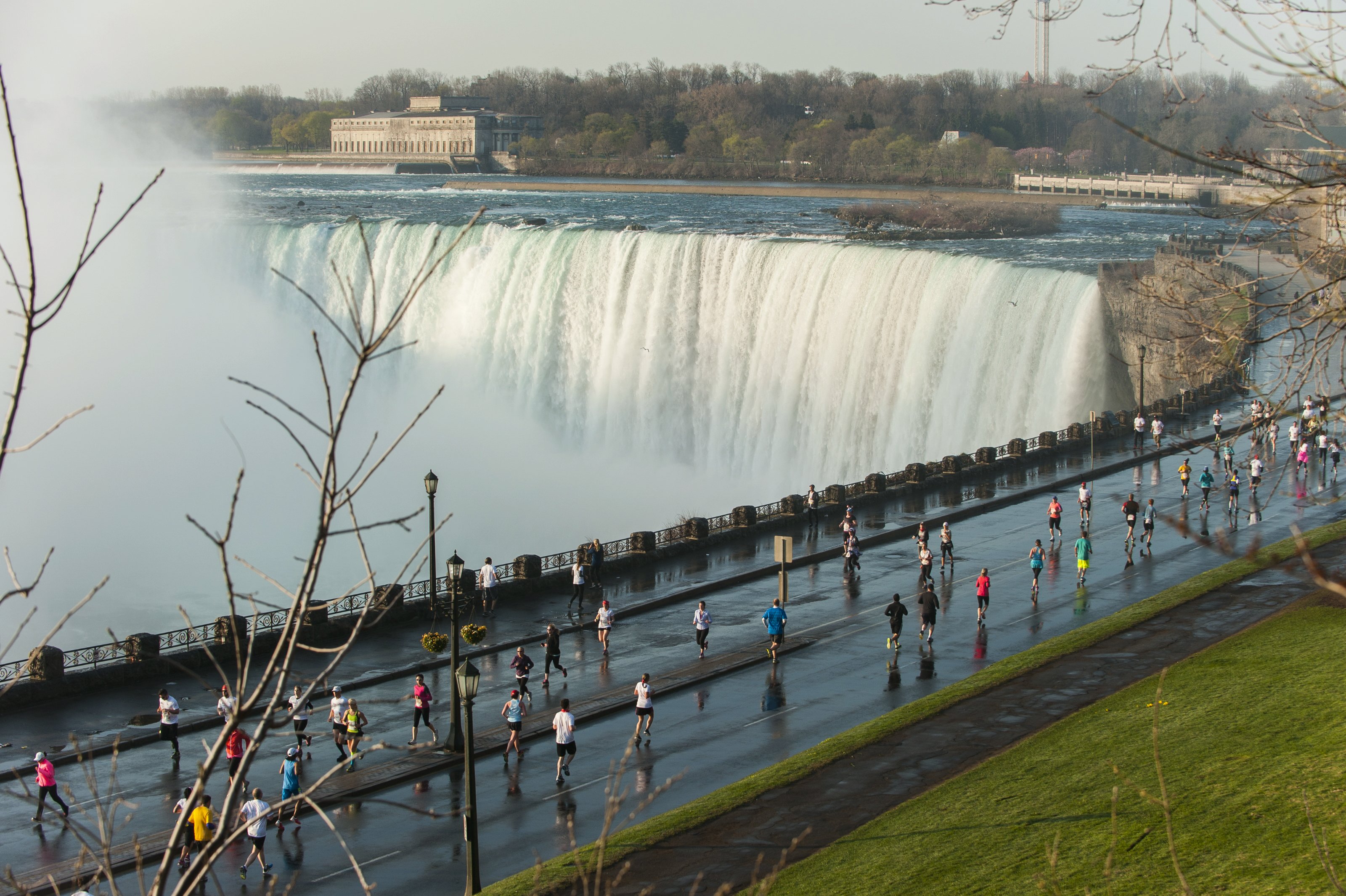 Run out-and-back along the picturesque St. Lawrence River, the marathon course is entirely flat, incredibly scenic and is well-suited for those chasing personal bests and BQs.

One of very few truly international events that starts in one country and finishes in another. The point-to-point course starts in Buffalo, N.Y. before crossing the Peace Bridge into Canada. A majority of the remaining distance is run along the spectacular Niagara Parkway.

The only event of its kind in the small island province, the P.E.I. marathon features a scenic course over rolling hills that concludes in the heart of Charlottetown.

Marathon SSQ is the provincial capital’s and Courir à Québec’s premier running event attracting a large and international field and now features a course that runs entirely within the city of Quebec. 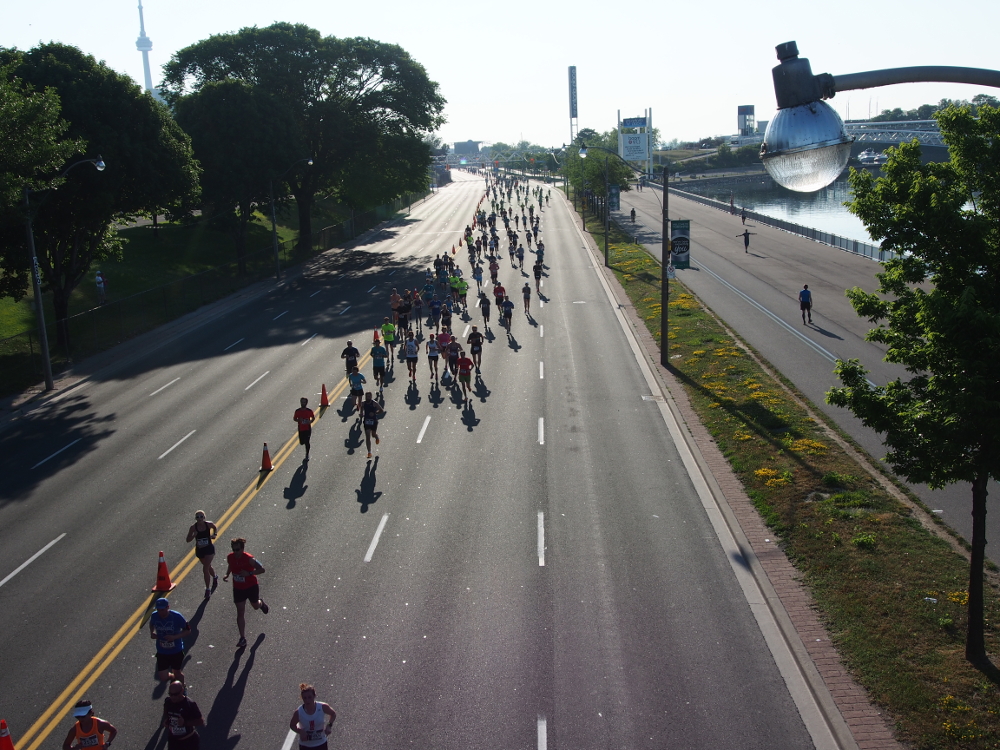 One of Canada’s premier running events featuring a flat and fast marathon with an IAAF gold-label. The flat and fast course starts near City Hall and takes participants on a tour of some of Toronto’s most iconic attractions, notable landmarks and unique neighbourhoods before finishing back near Nathan Phillips Square.

A point-to-point net downhill course that is one of the fastest Boston Qualifiers in North America. Runners begin by traversing rolling countryside before the 7K descent of the Red Hill Valley Parkway passing the halfway mark. The final part of the course is an out-and-back along the entirely flat and oftentimes scenic lakeshore.