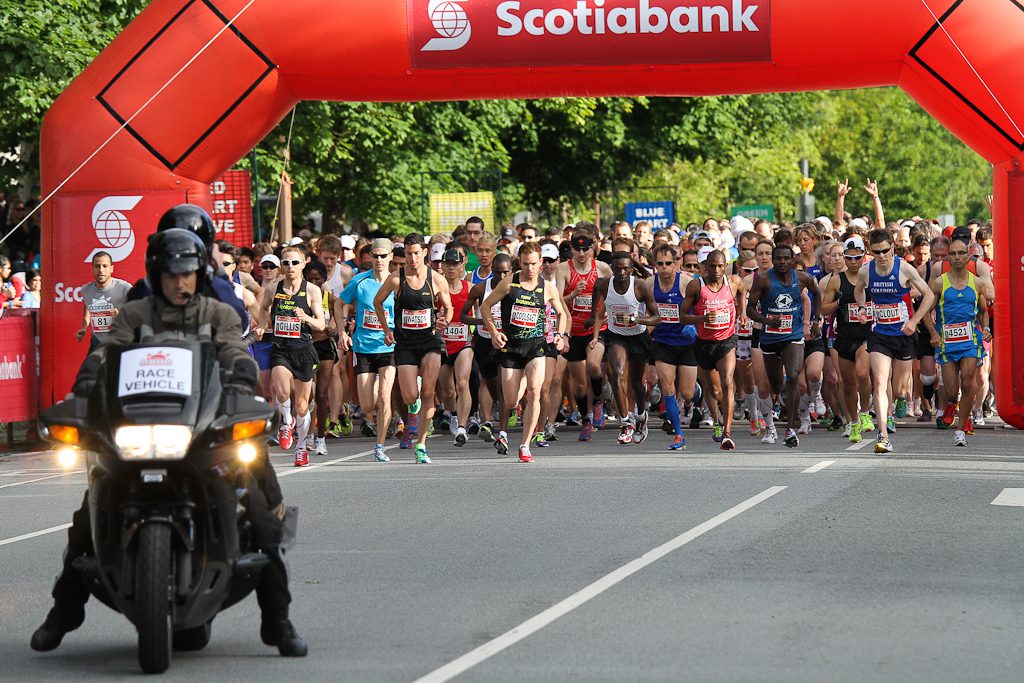 Running a fall race? If you managed to train through the intensely hot weather from this summer, you want it to be worth it. One of the most satisfying feelings during a race is knowing that you’re running a record fast time. Setting a new PB is always cause to celebrate. Here’s a round up of some fastest races of this season. Will you knock down your time?

As the event that hosts the Canadian 5K Championships, it’s safe to say this one’s a fast one. A 5K race can be a painful one when run at top speed. This course gives runners hope that they will produce a new fastest 5K by the finish. Part of that is thanks to the speedy competition that shows up.

This event does feature minor hills but anyone who knows Winnipeg well know they aren’t anything to get too stressed over. For the most part, this course is flat. Out-and-back courses also have the perk of runners knowing exactly which point they are at on the way back meaning they know when it’s go time.

Want to PB? The Prairies are the first place a Canadian runner should look. This Saskatchewan race is flat, scenic and mostly paved so no complicated roots and rocks to navigate.

The New Brunswick provincial championships are hosted here. It wouldn’t get to host such an event without having the great reputation that they do. The course is known to be fast and having talented runners push the pace probably helps many chop down their PBs.

An increasingly popular race in the GTA that is entirely flat and features a scenic loop course that passes downtown Oakville and several Lakeshore neighbourhoods. A 10K and 5K are also offered. The weather at this time of fall is often cool and calm which is perfect for running your best.

The course is flat in most places so runners can get set to just cruise and pick it up during sections that feature the easiest terrain. Not only is it a fast one, it’s also quite beautiful with gorgeous views to enjoy.

A certified course, those who PB here can have full confidence that they ran the exact distance. This year, it’s celebrating 66 years. It has been around so long because it’s such a great race.

It’s a well-known fact in the Canadian running scene that the Scotiabank Toronto Waterfront Marathon is one of the fastest in the country. It’s a popular one, maybe partially because runners who really want to go under a certain time, know that the flat Toronto course is the place to do it. An equally fast Half and 5K are also offered.

Those in southwestern Ontario and beyond will tell you that the generous downhill section as part of the marathon and half course are sure to let runners just fly. Nothing like easy downs to whittle down that time. This event offers a marathon and half as well as a 10K and 5K. All have a reputation for being fast.

A late-season race perfect for capping off a successful year of training. This 10K is flat and fast and runs out-and-back from the east-end neighbourhood known as ‘The Beach.’