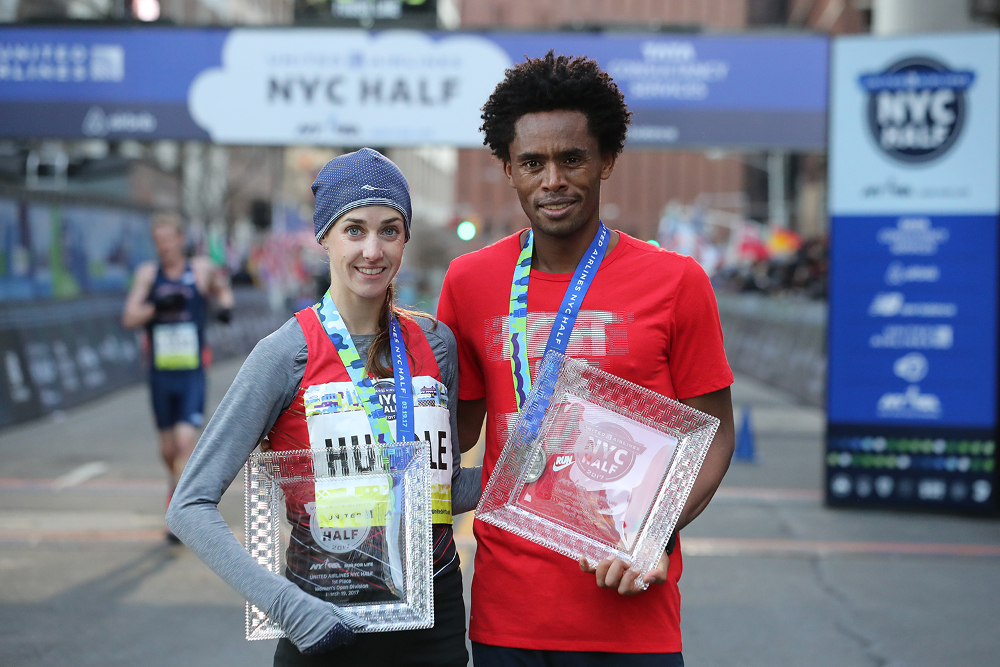 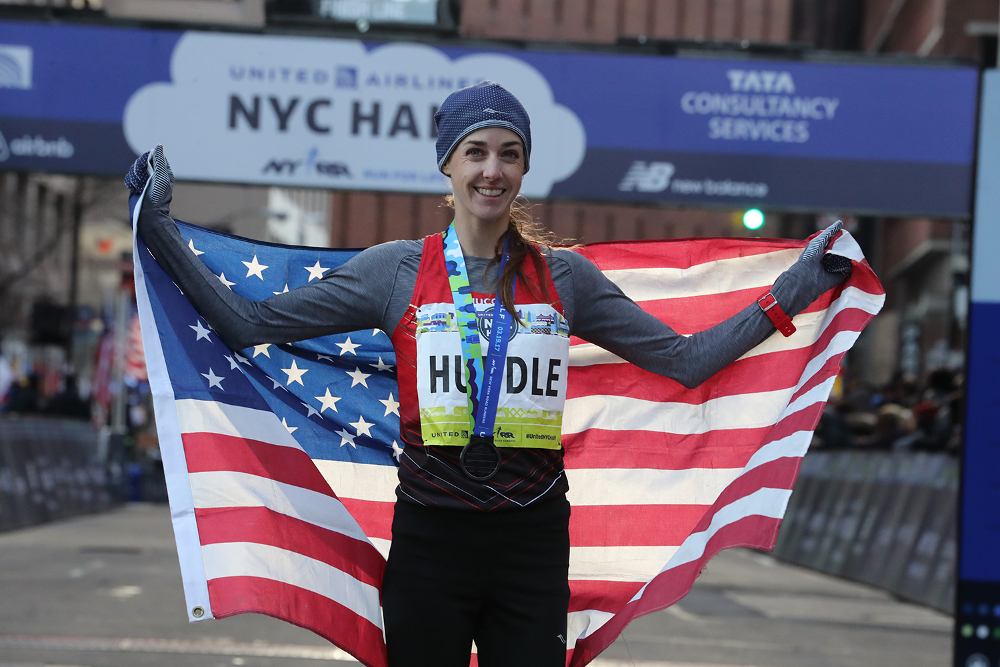 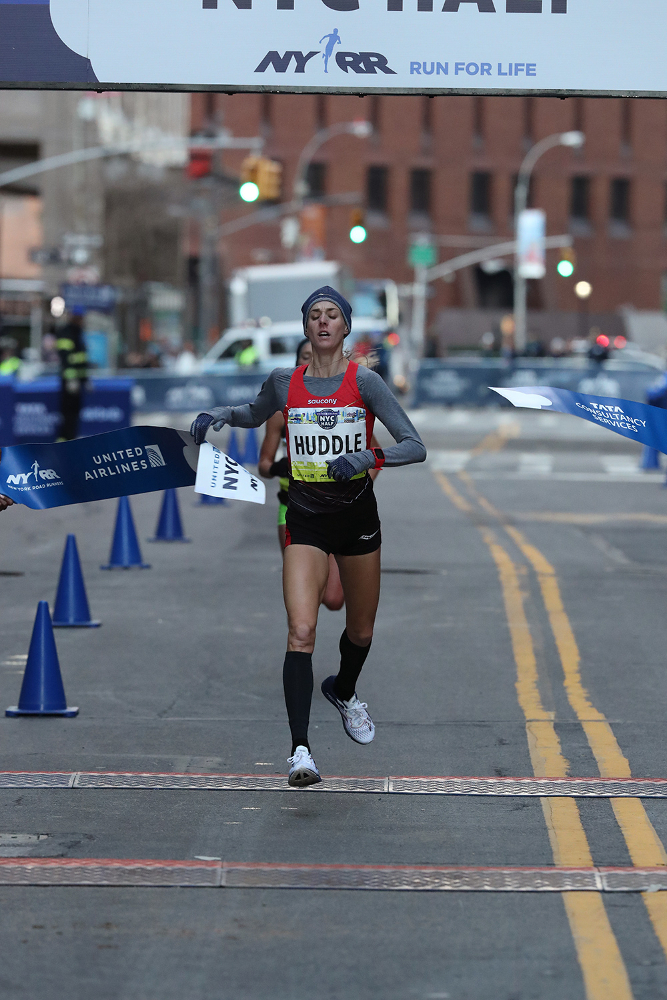 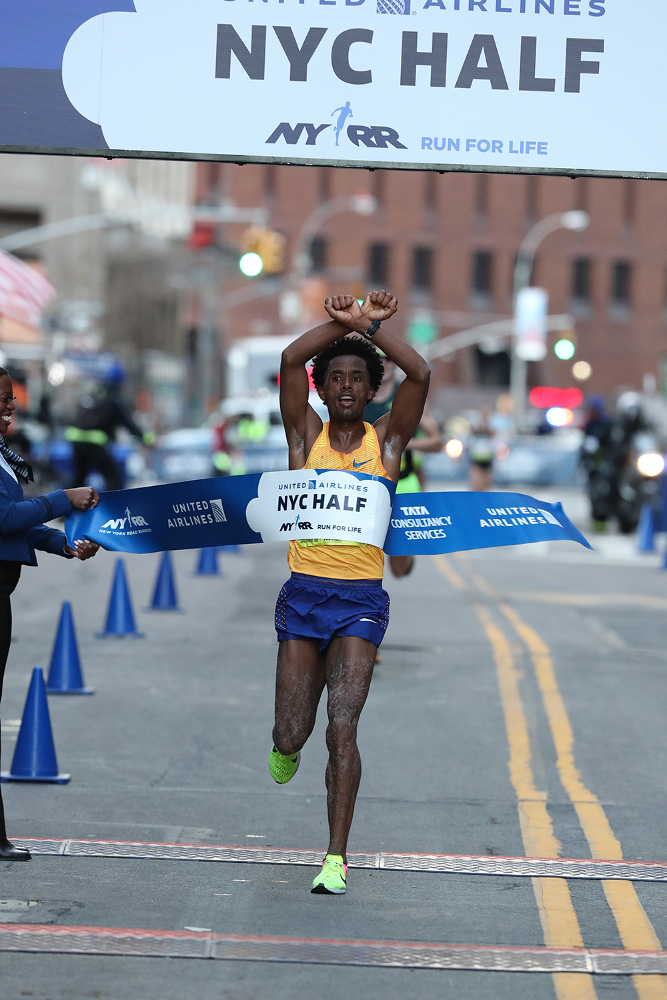 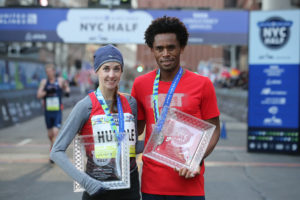 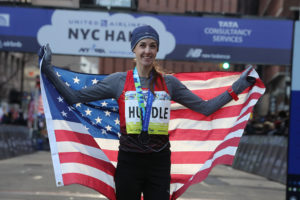 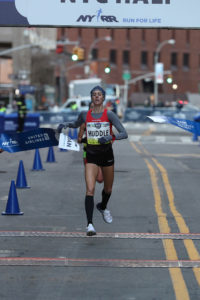 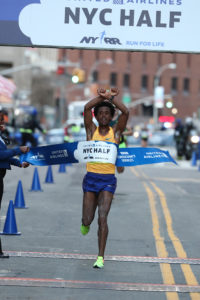 Feyisa Lilesa, who is now living in the United States following his performance at the Rio Olympics, won the United Airlines NYC Half on Sunday. Again, the Olympic marathon silver medallist, who is Ethiopian, crossed his wrists above his head, forming an “X,” in solidarity with the Oromo people, the largest ethnic group in the Horn of Africa. It’s not the first, or second, time that Lilesa has performed such a gesture.

Excluding Sunday’s performance, Lilesa has on two previous notable occasions performed what is part of the Oromo protests since the Olympics including at the Honolulu Marathon and the Houston Half-Marathon. The 27-year-old did not return to Ethiopia after the Olympics fearing for his life because of the finish line act. The long-distance specialist is currently residing in Flagstaff, Ariz. with his family recently relocating to the United States on Valentine’s Day.

According to CNN, there have been protests across Ethiopia “since April of 2014 against systematic marginalization and persecution of ethnic Oromos.” The protests can be sourced to the territorial limits of the capital city Addis Ababa extending into neighboring Oromo villages displacing residents. In 2016, Ethiopian security forces “killed hundreds and detained tens of thousands of protesters in Ethiopia’s Oromia and Amhara regions,” according to Human Rights Watch. The government told Lilesa that it would be safe to return home.

As seen a recent feature in the New York Times, Lilesa has received a green card as a permanent resident in the United States “for individuals of extraordinary ability in the sciences, arts, education, business and sports.” Lilesa’s finish line protests have led other runners, including several in Canada, to cross their wrists above their head at the finish line of races.


On Sunday, Lilesa and Scotland’s Callum Hawkins were side-by-side entering the finishing stretch towards Wall Street. Lilesa won by four seconds in 1:00:04, his first victory since the 2016 Tokyo Marathon. In the women’s race, there was also a tight finish as American Molly Huddle completed the NYC Half three-peat bettering Emily Sisson in 1:08:19 to 1:08:21. The two are training partners and reside in Providence, R.I. (Huddle is married to former Canadian middle-distance specialist Kurt Benninger.)

““I never would have thought I could come back here and win three times,” Huddle said in a New York Road Runners (NYRR) release. “I remember the first win was such a surprise for me, and last year we ran so fast. I just feel really lucky to have won a third time. Every time is really difficult with an international field. New York Road Runners brings in some of the best of the best. Some people are in marathon buildups but some people were really gearing up for this race. I feel like it was a really cool win, and just contributes to my enthusiasm for New York.”