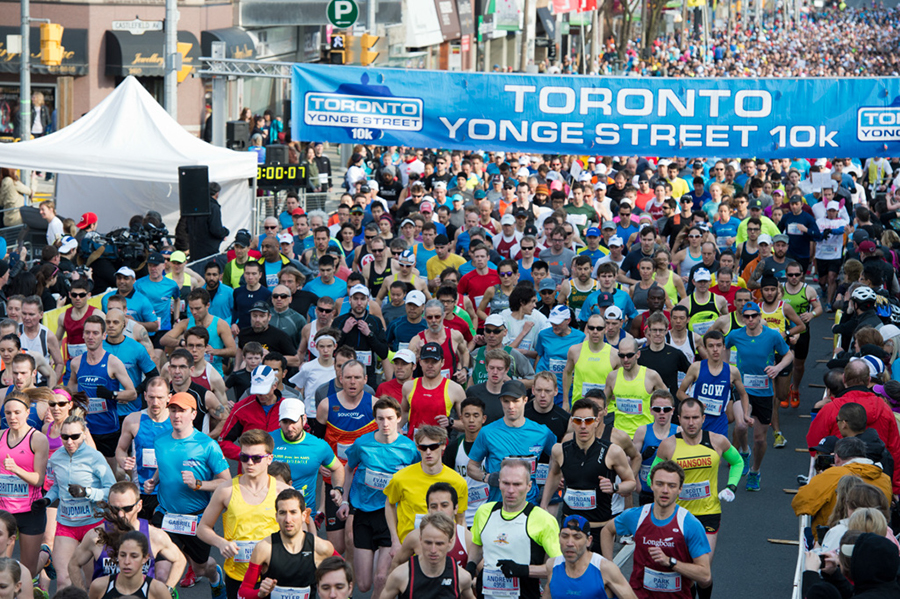 A pack of five had passed 5K in 14:27 before the pace quickened, dropping both Kip Kangogo and Vancouver’s Rob Watson. Gillis waited until the final 600 metres when he surprised his rival with a turn of speed. His margin of victory was four seconds by the finish as Kimugul came home in 28:36. 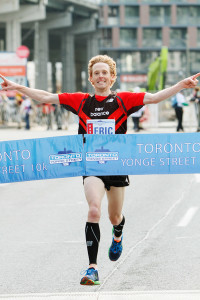 Kip Kangogo claimed third place in a time of 29:08. A week ago the Kenyan-born athlete received his Canadian citizenship and admits he has been smiling ever since.

The women’s race was a tremendous competition, despite the late withdrawal of West co-captain Natasha Wodak, and provided Toronto’s Rachel Hannah with a breakthrough opportunity. The 28-year-old ran alongside Canadian international marathoner Krista DuChene up until the last 500 metres before she kicked hard. She earned an eight second margin finishing in 32:33 to DuChene’s 32:41.

“It feels really excellent [to win in Toronto],” said Hannah. “I wish I could have worked a little bit more with [DuChene] during the race and this feels good my third year out. I am going to do the Canadian Half Marathon Championships in Montreal next.”

Third place went to Erin Burrett of Nanaimo, BC in 33.29. 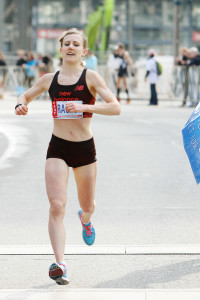 More than 7,000 runners raced Toronto’s premier 10K race with many contributing over $50,000 to ten official charities including Right To Play, Kids Up Front and the Hospital for Sick Kids. The latter had their own Justice League super heroes dressed in costumes including

Batman, Superman, Wonder Woman, Spiderman and CatWoman.
The first ever East versus West team concept was implemented in this race with the times of the top two males and females for each team added together. The lowest cumulative time earned the East vs. West Challenge Trophy.

@CanadianRunning #medalmonday get ready to see a lot of these! Fantastic day sun for #TYS10K and beautiful bling! pic.twitter.com/eRe0lCCUVr

Edited from a press release