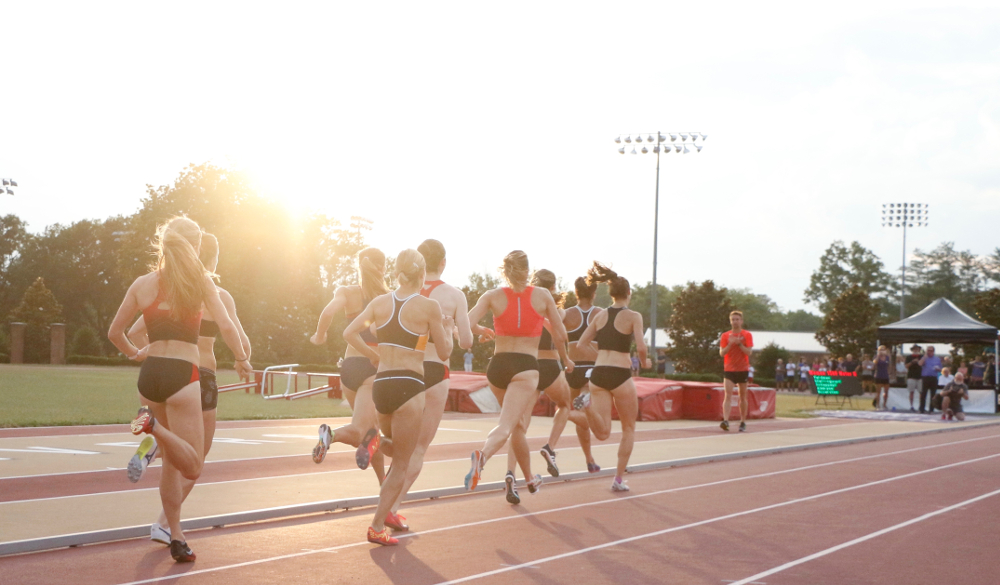 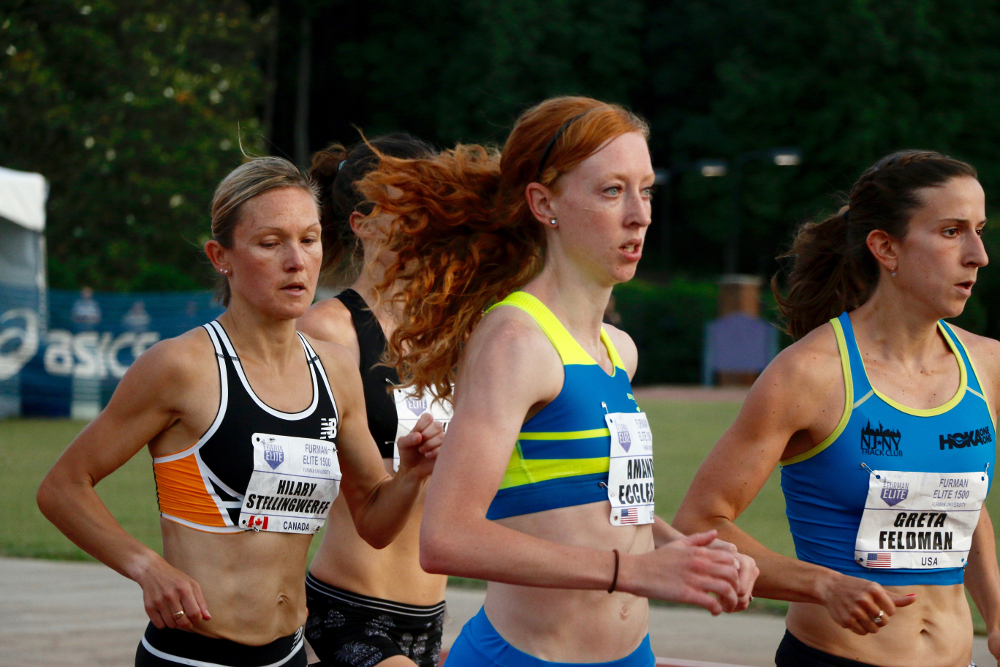 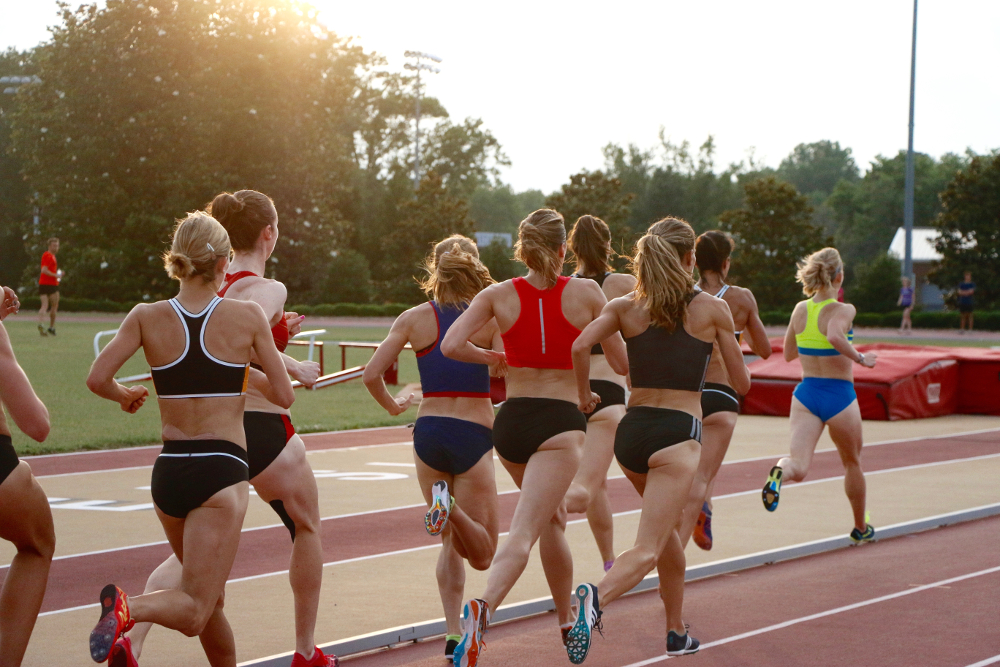 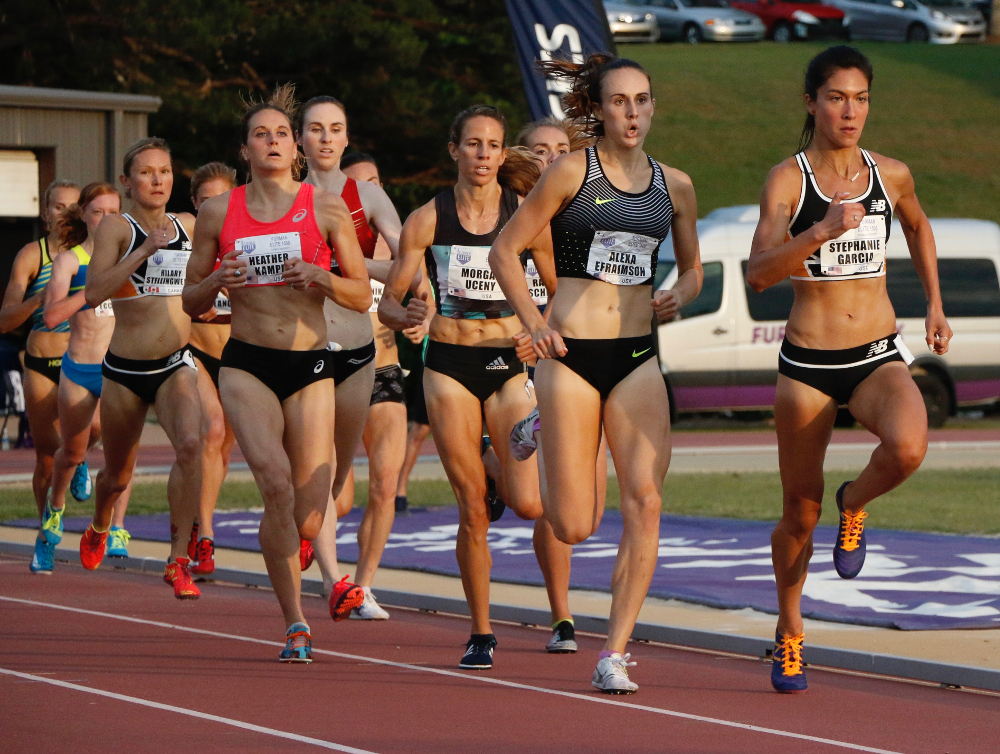 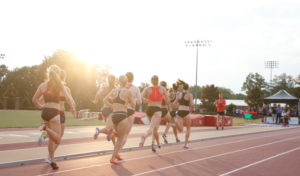 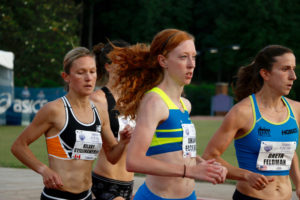 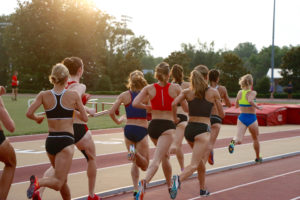 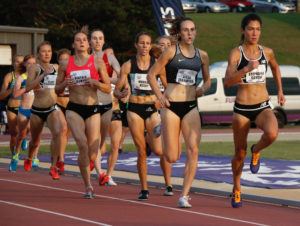 Canadian Hilary Stellingwerff ran the third-fastest time of her career with a 4:05.61 1,500m on Saturday at Furman University in Greenville, S.C. In doing so, she also hit the Athletics Canada qualifying standard for the 2016 Olympics in Rio. It was the fastest the 34-year-old has run since giving birth to her son, Theo. It was also her fastest run since 2012.

“It’s nice to get back to my top fitness,” says Stellingwerff. “It’s only a feeling of half-joy because Olympic trials will be where things get solidified. I’m a little bit ahead of schedule right now since I’ve only run a few races so far this season. I can’t quite breathe a sigh of relief until nationals.”

RELATED: Nearly half the 2012 Olympic women’s 1,500m finalists have been linked to doping.

Now that Stellingwerff has the Olympic standard, the part-time coach with the University of Victoria needs to place well at the Canadian track and field championships, which serves as the nation’s trials, during the July 2-5 window. She will race then in Edmonton to ensure her spot on the Rio team.

The outcome is even more impressive since Stellingwerff was not even on the race’s start list on June 2, days before the event. Originally on the wait list, Stellingwerff managed to snag a spot in the race, arrived two days out from the west coast, and was back on a flight at 4 a.m. the following morning.

Thx @Furman_Elite for putting on an awesome night of 1500s, providing us the opportunity 2 run fast in N. America!

For the Olympic hopeful, the result signifies a near-return to her best-ever form (4:05.08). Not since 2012 had Stellingwerff run the time she did on Saturday. When returning from pregnancy, Stellingwerff lost the 33 pounds she gained from having a baby and explains that stockpiling sleep whenever she had a chance was something new.

“A lot of has happened in the last four years,” explains Stellingwerff, who gave birth to her son in 2014. “The last 12 months have been a struggle in that I’ve had two stress fractures. Coming into 2016, there were some unknowns but I had a good training camp in Flagstaff, Ariz. with some certain key workouts with the help of my coaching team.” Stellingwerff is coached by her husband, Trent, and Guelph, Ont.-based Dave Scott-Thomas.

So how did she prepare for her knock-out performance? Before Saturday’s race, Stellingwerff had pasta and seafood and was lightheartedly asked if she was running in a high school track meet. Because the race offered extra prize money for Americans to hit the nation’s respective 1,500m standard, the entire field ran fast, including countrywoman Nicole Sifuentes, who ran a new personal best (4:03.97).

A lady in elevator just asked me if I was running in a high school track meet…awesome! #SouthernCharm

Many involved with the Canadian running scene know this athlete for being outspoken about the doping scandal going on in Russian athletics.

When Stellingwerff was asked about the Russian athletics federation being suspended from international competition due to doping connections, she took a firm stance. The Canadian would have made the finals of the women’s 1,500m in London had the cheaters been banned from competing.

“I think something drastic needs to happen for a precedent to be set,” says Stellingwerff. “I’m in favour of banning the country. Clean athletes may suffer but other athletes have suffered just as much. If we want to move forward, we need to put drastic measures in place.”

RELATED: The fastest 1,500m runner in the world takes Garmin selfies just like the rest of us.

Stellingwerff and her family, though they don’t always travel together, will road trip to Portland, Ore. for the Portland Track Festival June 11-12 and will be in Vancouver on June 17 for the Harry Jerome Classic. In the case that Stellingwerff makes it to the Olympics, her son Theo will stay behind as Zika virus and other concerns loom ahead of the Games in Brazil.