This week’s impressive indoor results takes a look at the four conference championships that happened across Canada over the weekend. They produced some solid (and some unexpected) results that will certainly make for an exciting national championship in 10 days. 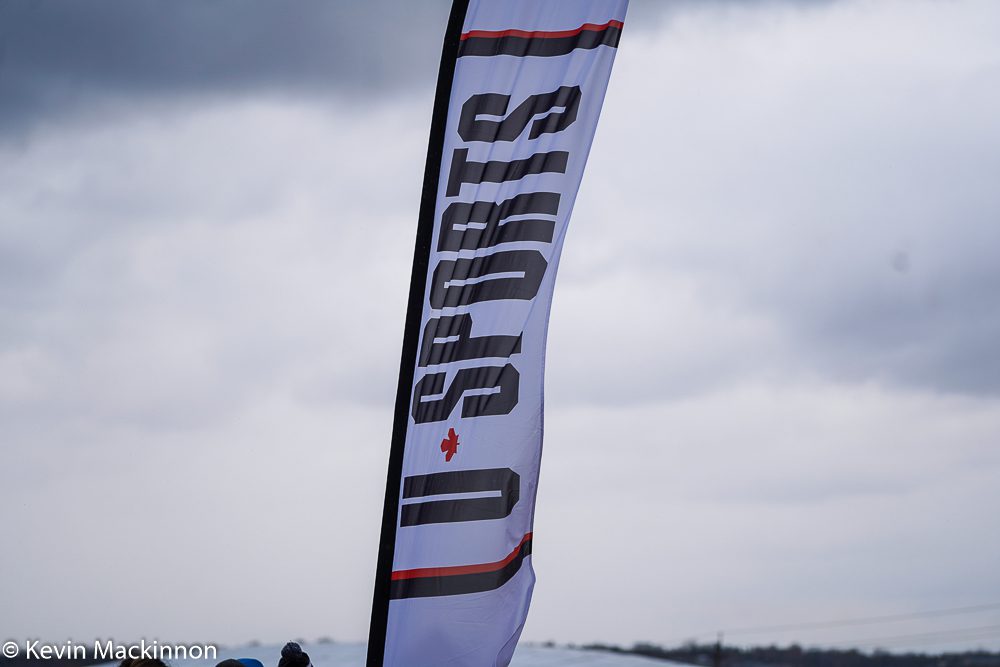 The two AUS standouts on the women’s side were Jane Hergett of St. FX and Dalhousie’s Lorena Heubach. Both women won several gold medals, with Hergett taking the 1,000m, 1,500m, 4x400m and 4x800m titles, and Heubach winning both the 60mH and helping her team to a 4x200m win.

In the AUS men’s results, Dalhousie’s Hudson Grimshaw-Surette had to fight for the win against Andrew Peverill of St. Mary’s in the 1,000m. The top three finishers were all under the AUS championship record set in 2010 by John Corbit of St. FX of 2:28.78. Grimshaw-Surette won in 2:26.53.

At the RSEQ Championships, there was a closely fought battle between Jean-Simon Desgagnes of Laval and Kevin Robertson of Montreal. The two finished the 1,500m in 3:50.00 for Desgagnes and 3:50.15 for Robertson, moving Desganges up to the third spot nationally (Robertson is ranked first in the event from a time run earlier in the season).

In the women’s results, two Laval runners significantly improved their 1,500m national ranking. Jessy Lacourse won in 4:27.77 (to rank her fourth nationally) and her teammate Catherine Beauchemin was second in 4:28.75 (ranking her fifth).

At York University, a strong OUA championship capped off what has been a difficult few months for the University of Guelph runners. Individually, Jenna Smith of Guelph won the women’s 600m in a 1:30.54 and Sadie-Jane Hickson won the 1,000m in 2:48.91. On the men’s side, Philip Osei and Daniel Harper, both of Guelph, ran away from the rest of the 300m field. Another strong individual run was from Western’s Kate Current, who won both the 3,000m and 1,500m.

On the west coast, it was the Calgary show on the men’s side and Saskatchewan ruled for the women. Notable individual performances came from Calgary’s Eric Lutz, who finished first in the 1,000m, 1,500m and 4x800m relay. Another runner who performed extremely well was Saskatchewan’s Karson Lehner, who ran a Can West record of 33.07 in the 300m.

On the women’s side, both Michelle Harrison in the 60mH and the Huskies’ 4×200-metre relay of team of Harrison, Ashlyn Mooney, Leadan Chartier and Kendra Farmer set new conference records.

Teams that came together

Dalhousie proved their east coast dominance, with the women winning their 31st consecutive AUS banner. The Laval men put it all together to have the strongest meet of their season so far. Despite the difficult season that the Guelph men and women have had, a coaching change didn’t keep them down. Gryphons men and women took the win in the 4x800m, 4x400m and 4x200m relays–that’s some serious dominance. And finally, out west, it was expectedly the Calgary show on the men’s side and Saskatchewan dominance for the women.

Can anyone beat Guelph?

Right now Guelph is ranked ahead of the second place school by a whopping 100 points on the men’s side and 47 points on the women’s side. It’s very unlikely that any team could catch the men, but in women’s results, if the University of Toronto can get their whole squad on the start line, they could take the championship.

All results can be found here. The U Sports Championships will held March 5-7 in Edmonton.