For nearly 50 years, Kathrine Switzer’s name has been associated with her work in paving the way for women in running. In 1967, despite women not being allowed to race the Boston Marathon, she trained and signed up anyway under the gender-illusive name “K.V. Switzer.” She ran the full 42.2K with an official bib despite being confronted by race director Jock Semple in a controversial moment where he tried to pull her off the course. Switzer was just 20 years old but following that moment, she devoted her life to making running a more welcoming environment for women all around the world.

She succeeded in getting women accepted into the Boston Marathon, achieved her dream of seeing a women’s marathon in the Olympics and started a foundation, 261 Fearless, to help women overcome obstacles through distance running. Now, she looks forward to the 50-year anniversary of her race which has since become an iconic moment in women’s running.

Canadian Running: You are a pioneer in women’s running. A lot of women look up to you. How often do you look back to your 1967 race in Boston?

Kathrine Switzer: Every day. Right now I’m on a tour and I’m updating my book. I’d say every day because everything I do, one way or another, relates to that amazing moment. It changed not just my life, but millions of women’s lives. There are also things that, when you get older, resonate more.

RELATED: Does running still have a gender parity problem?

Most people don’t know this but over the course of time, the official of the race who attacked me [Jock Semple] and I became very good friends. That gave me a whole new perspective on forgiveness. I do forgive people when they get it right, even people who in the past I thought were unforgivable. A lack of forgiveness is a waste of time and it’s very enriching to forgive and move on but those are things that come with time. So I would say every day because it has impacted everything in my life.

“He never said he was sorry but that was his way of saying it, I’m sure. A picture appeared in The New York Times the next day and the caption was “The end of an era.””

CR: I’m curious to know a little bit more about that friendship.

KS: I forgave him his action just around the time I got to Heartbreak Hill. I had 24 miles to go and you cannot run 24 miles and stay angry. That’s the truth. When we go out and we’re mad at our boss or mad at the world, when we run, we get it out of our system.

He and I were at daggers drawn for five years, even though I kind of forgave him from the get-go. I knew he was an over-stressed race director, I knew he was protecting his race. It took five years because we had to do our homework—meaning we women—we did our legislative work and we officially got into the Boston Marathon. Then, all was forgiven by Jock Semple. He said “Oh the women ran well today and they deserve to be in the race.” I had to laugh. I said “Well it took us five years but anyway, we’re here.” It pretty much changed everything.

He and I began appearing at speeches together and he came up to me on the start line in 1973 and planted a big kiss on my cheek. He said in his Scottish brogue: “Come on lass, let’s get a wee bit of notoriety.” He never said he was sorry but that was his way of saying it, I’m sure. A picture appeared in The New York Times the next day and the caption was “The end of an era.”

CR: When you finished that race, what did you think about women’s running going forward?

KS: When I forgave Jock Semple on Heartbreak Hill, I also got really cross with women. I couldn’t understand why they didn’t get it, why they didn’t know that running was so cool and why they weren’t in the race as well. Then I thought to myself “How stupid can you be? You’ve had so much encouragement and motivation and these women haven’t.” They were afraid and they would never even imagine running a marathon. I always say that talent and capability is everywhere, all it needs is opportunity. When I finished the race, there were two things I wanted to do. I wanted to become a better athlete because my first marathon was 4:20. In those days, that was considered a jogging time and I knew people were going to tease me. But I was more fascinated with what women could do if they only had the chance.

“I said that there’s going to come a day in our lives when women’s running is as popular and as men’s. Looking back, I obviously had a great sense of vision. And I was right.” 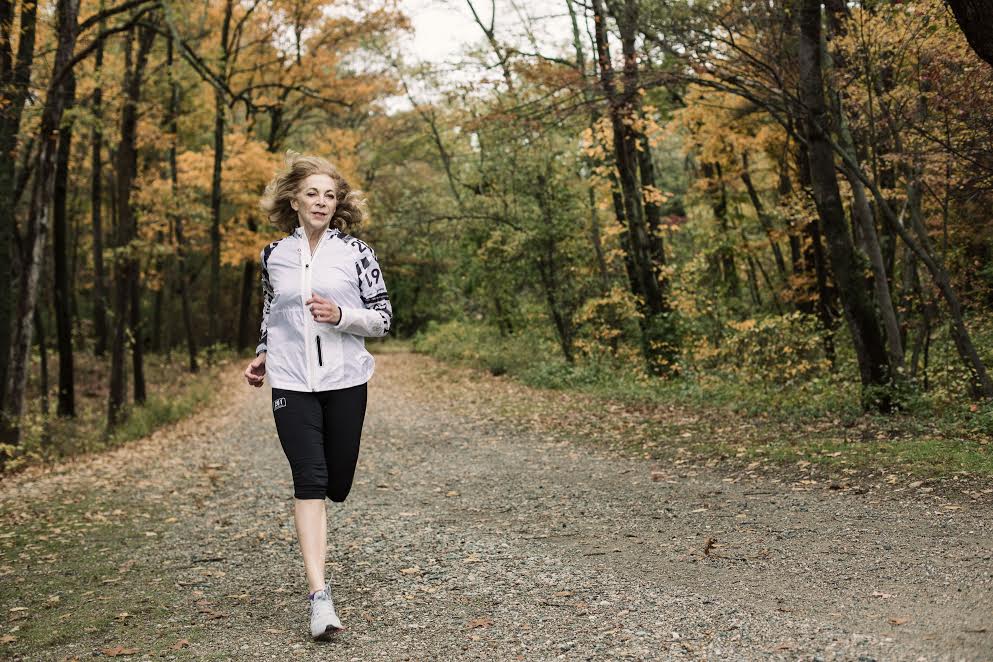 CR: Can you reflect on how you gave them that chance and what has changed since?

KS: Five years after Boston, I went to the Munich Olympics. I realized that major sponsorship could help me create the opportunity. I wrote a big proposal to Avon cosmetics on how creating a global series of women’s races could lead to getting women in the Olympic marathon. People thought I was smoking poppy at the time. The longest event in the Olympic Games was 800m. When I put this proposal together, they had recently instated a 1,500m. Big deal, really radical thinking… I thought if we wait until the IOC adds a new event every year, by the time we get to the marathon, it’s going to be 2012.

I organized this global series of races. The data from those races, along with the tremendous amount of lobbying and meetings with federations, convinced the IOC. We got the women’s marathon in the Olympic Games in 1984. That was my dream. At the finish line of the 1967 Boston Marathon, one crabby journalist said it was just a one-off deal and women weren’t going to run. Only a 20-year-old who had just run a marathon and was shot full of endorphins would say this but I said that there’s going to come a day in our lives when women’s running is as popular and as men’s. Looking back, I obviously had a great sense of vision. And I was right.

CR: What more would you like to see happen?

KS: When I got the women’s marathon into the Olympics and we had races all over the world I thought, ‘That’s great, now we’re heading towards total equality.’ Then you see that there are women who are still not allowed to drive, get an education, or travel unless they have a male companion or can’t carry their passport. There are those who are mired with incredible poverty in North Africa, the mid-east, South East Asia and there’s a ridiculous amount of human trafficking.

What I’ve done in this older part of my life is I started foundation called 261 Fearless, named after my old [1967 Boston Marathon ] bib number. I looked at the [Girls on the Run] model and I thought we could create that situation, but for grown up women globally. I thought we could create training and a communicative, non-judgmental platform, in a movement to let them know they’re not alone. Then fearless women can reach out to help women who are fearful and take that first step using the vehicle of running because it’s transformational. It works for every woman every time. It has changed whole societies in Kenya and Ethiopia, for instance. That’s where we are right now and 261 Fearless is booming along.

CR: The 50-year anniversary of your first Boston is coming up, and you are running the race. How are you feeling about it?

KS: Naturally, I’m nervous about it as anyone is when training for a marathon. I think it’s going to be very exciting. Training is going well. I’m up to a good three-hour run. I’m doing repeat 800s and a lot of core work. So far, so good. I’m getting some PRs that I haven’t had in 10 years and my weight is lower than it has been in 10 years so I’m back to eating ice cream sundaes.

More significantly, the BAA has given us a number of charity bibs to honour the occasion. So we have women running and raising funds for the 261 Fearless Foundation which is going to be huge in helping us get off the ground. Reebok is making 261 Fearless clothes—jackets, capris, bras, shorts, shoes, the whole thing. A lot of us will be wearing them in the Boston Marathon. Imagine how honoured I feel that a major company is making shoes and clothes with the 261 Fearless brand. It’s exceptional. The fullness of the legacy is only going to take place after I leave the face of the Earth, but for right now this is what we’re doing. It’s going to be an unforgettable weekend for all of us. This is an event that only has one 50th anniversary.

“She’s not necessarily training for the Olympics or even a PR. She’s no longer even out running because she wants to lose 5 lb., which is what they always used to tell me. She’s out because she’s getting in her daily dose of empowerment, freedom and fearlessness.” 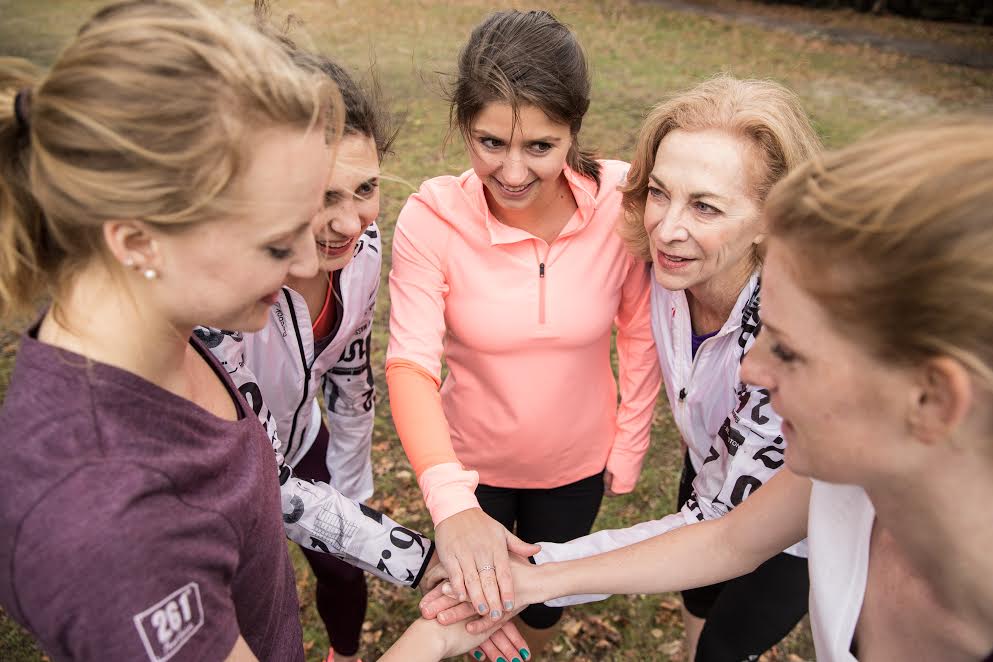 CR: Female participation in the sport has certainly increased. What do you think when you see a female recreational runner out just for the sake of it.

KS: Overall it’s a glowing, warm feeling. I would almost compare it to a maternal feeling. I don’t have any kids of my own, quite by choice. There are two reasons for that. One, I had a sense of obligation for what my life would be and a vision of how to get that accomplished and it didn’t include children. It’s not that I don’t like them, it’s just that if you have them, they deserve 100 per cent of your attention. I felt that the cause for these other women was more important than my own children. Having said that, I also married the right guy later in life. Roger [Robinson] is just so wonderful but I was 40 and by that time he had been married and had his family. I realized how dangerous children could truly be. So I feel maternal when I see those women run.

The other thing I see is that she’s out running. She’s not necessarily training for the Olympics or even a PR. She’s no longer even out running because she wants to lose 5 lb., which is what they always used to tell me. She’s out because she’s getting in her daily dose of empowerment, freedom and fearlessness. She has put on her freedom wings for 20 minutes or two hours. That’s going to make her whole day right and her whole future hold up and seem entirely possible. The sense of her not having any limits, or any restrictions, to me, is so liberating. She doesn’t have to prove anything.

RELATED: Stories from the run commute: “I run because my family said girls shouldn’t.”