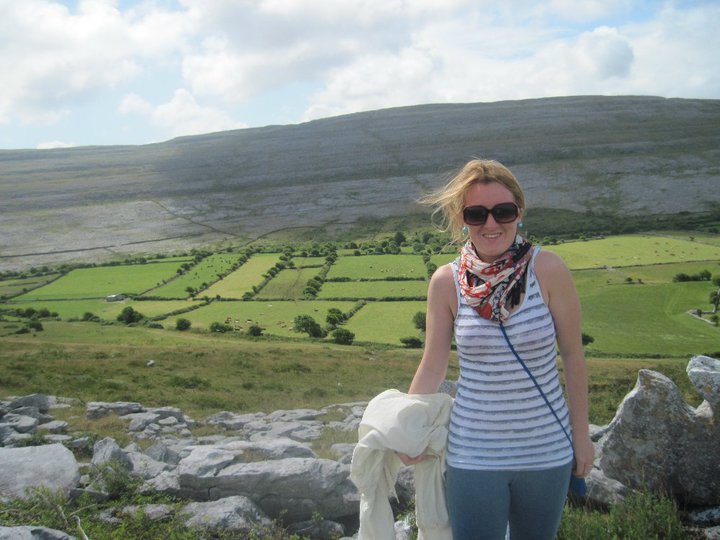 The last time I went back to Ireland was in the summer of 2010.

My parents grew up on the west side of the country. They met there in the early 1980’s, moved to Canada and stayed. It should go without saying that Irish culture was prominent in our home: I went to Irish dance classes, ate a solid diet of meat and potatoes, and, to my horror, spent my Monday nights banging out Irish ballads on the piano under the direction of a displeased Dublin-born teacher. We watched Irish movies, listened to Irish music and read Irish books.

RELATED: Celebrating Irish Canadian runners of the past

When I found myself in Ireland alone at 19 though, it didn’t take long before I started to experience a bit of, what I will call, Irish overload. You can be born to Irish parents, but your Irish relatives are a different story. By 2010, my parents’ Irishness had dulled. I cannot say the same for my aunt Anne and uncle John.

I think the Irish overload started quite literally the second I walked in their front door. My uncle John threw holy water at me claiming it would clear the cobwebs I brought from Canada. (A joke… I think.) From there, everything was about relatives, relatives of relatives, relatives’ best friends, tea, Jesus, and for some reason, a 1990’s Irish boy band which Anne and John were convinced had made it really big with Canadians (raise your hand if you have ever heard of Westlife). At 19, I was in Ireland for a pre-university summer trip on a mission to visit family, hostel hop and explore, but instead my uncle was ushering me into the car to take me to west Ireland’s famous holy well.

So I did what any runner would do. I planned a nice route. A long one. With beer after. My mistake: telling uncle John. He’s kind of protective. My plans unraveled rather quickly.

“You can’t go out there!” he told me. He sounded really worried.

I knew I wasn’t going to win this one. I made one more attempt before he insisted on driving me. To where? I wasn’t sure. He figured that if I ran close to home, I’d get hit by a car and that he knew the safest route. So, clad in full running gear, I got into the car. John drove 10 minutes before he pulled up and parked. “There, this is the best spot to run,” he said.

We were on the shoulder of the highway.

There was no point in arguing. I got out knowing that this run would be a short one. I started running. I probably don’t need to say it, but running on the side of an Irish highway is not at all great. Actually, it sucks. I thought I’d eventually zone out. I didn’t. I was just a couple minutes in when I noticed the looks from other drivers: curiosity and confusion, yes. But they also looked worried. I was feeling pretty embarrassed and then I thought: “Why do these drivers look so horrified?”

Then I had a flashback to earlier that week when I had gone horseback riding. “Um, is that your relative?” the instructor interrupted the lesson to ask me. She nodded towards the bushes. Sure enough, John had driven his car next to the barn and “discreetly” parked in a place convenient to keep watch. On this weird afternoon run in rural Ireland, I turned around and there my uncle was driving, at a snail’s pace, very closely behind me. Needless to say, I packed it in.

The strange twist though is that I think uncle John actually caught the running bug that day. A few days later, we went to the beach. Despite it being a chilly day, when we got there, he whipped off his shirt, threw it in the sand and said “I’m going for a run.” He just… took off. I chased after him, struggling to keep up. The waves had us completely drenched by the time we made it to the end of the beach. He beat me. When we made it back to the car, we were soaked and sand-covered. We walked in the front door and Anne couldn’t have looked more shocked. “What did you do!?” she asked me. “He’s never come home like this before!”

It was his idea but I know she didn’t believe me. That highway run is one I’ll never forget though.