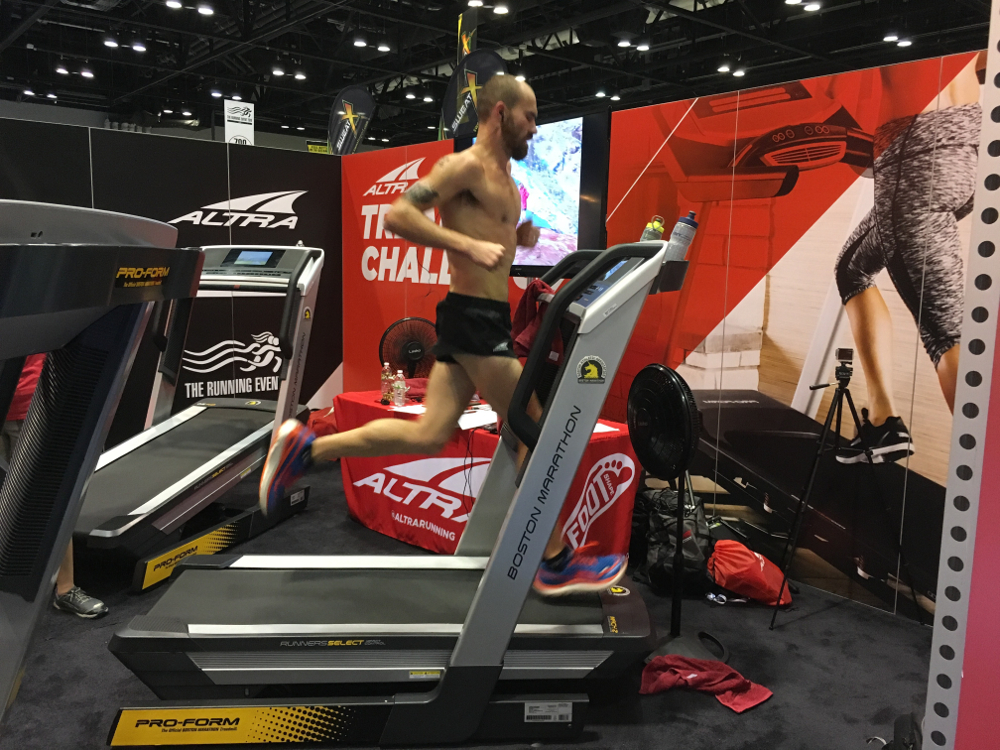 Calgary resident Jacob Puzey covered 50 miles on a treadmill in under five hours at The Running Event in Orlando, Fla. on Thursday.

Incredibly, the Alberta-based runner, who is an American citizen, averaged 3:42 per kilometre to break the previous 50-mile world record on a treadmill by an hour. He split 2:38 through the marathon, according to Competitor, and finished in 4:57:45. Fifty miles is approximately 80K. That translates roughly to splitting 18:30 for each 5K, 16 consecutive times.

RELATED: This man trained for a sub-3:00 marathon in the most unconventional way.

Puzey told Canadian Running that his marathon personal best is 2:25. The world record attempt was set The Running Event (TRE), a conference and trade show for running specialty retailers. Canadian Running was on site for the event that ran from Nov. 29 to Dec. 2.

Here at #tre2016 and just witnessed a new world record being set! 50 miles on a treadmill in 4hrs 57mins, smashing the previous record by 59 minutes!!!!! #tre2016 #altrarunning #worldrecord #50miles

As seen in the above video, fans from around the show caught a glimpse of Puzey in the moments leading up to the 50-mile mark. His wife and daughter congratulated him when the treadmill came to a stop.

The previous 50-mile treadmill world record was 5:57:31, held by Italian Vito Intini from August 2014. Puzey runs for Altra and the treadmill was set up in the brand’s booth at the Orlando trade show. He fuelled by eating Lays potato chips and sipping on electrolyte drinks.

RELATED: VIDEO: The only thing worse than running on a treadmill is running on Lego.

“I felt surprisingly great,” says Puzey, per Competitor. “I didn’t have super high expectations, I just wanted to see if I could run the previous record’s pace. I happened to feel really good and going at a 5:56 pace felt great. I put one foot in front of the other on the treadmill and just kept going.” 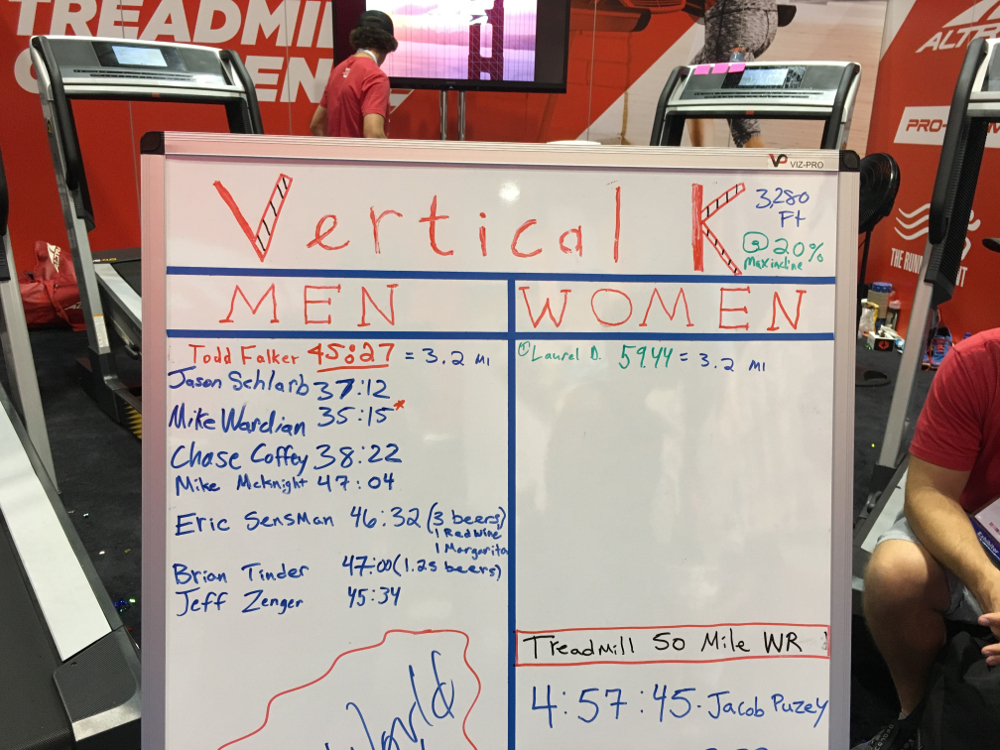 This summer, Puzey won the Calgary 50K, which doubles as the Canadian 50K Championships, in 3:06:20. He lives in Calgary as his wife is Canadian.

In 2015, he won the Grizzly Ultra, a 50K trail race in Canmore, Alta and won the event again in 2016 in more dramatic fashion. Puzey crossed the finish line with an identical time (4:11:14) as second-place finisher Duncan Marsden after helping Marsden recover from a fall where he smashed his head on a tree. Puzey’s wife, Amy, won the women’s race at the Grizzly Ultra 50K.