On Sunday, October 6, Jody Draude of Calgary broke the Canadian M50 half-marathon record–on his 50th birthday. Draude finished the Rock n Roll San Jose Half-Marathon in 1:11:28 to set a new record. The old record was set in 2014 by Mark Bennett at 1:13:33.

Draude says that race-day conditions were perfect, and he’s very happy with his effort. “The first 10K or so was uneventful. I just wanted to stay comfortable at goal pace. At the 10K mark, I decided to pick up the pace to the you-are-going-to-pay-for-this-later pace, and see what happened. At the 15K or 16K mark, as expected, the suffering truly began. I don’t think I am alone in my view that the goal in any given race is to embrace and accept the inevitable suffering with the aim to push through. The last few kilometres were a blur of self-talk, rubber legs, remembering to smile, trying to catch the guy in front of me, and generally working to pick [his legs] up and put them down as quickly as possible.”

Draude came to running in his mid-30s after several years of a desk job where he was eating and drinking too much and generally not looking after himself. “A colleague suggested that I may wish to join him for a lunch hour run, and, notwithstanding a few injury interruptions, I haven’t stopped since.”

The masters runner is very much part of Calgary’s running community and trains with a local club called the Bow Valley Harriers. “The only entry requirements, as laid out by our founder, Duncan Marsden, are: no jerks allowed, and wear your BVH singlet with pride when representing at a race.” 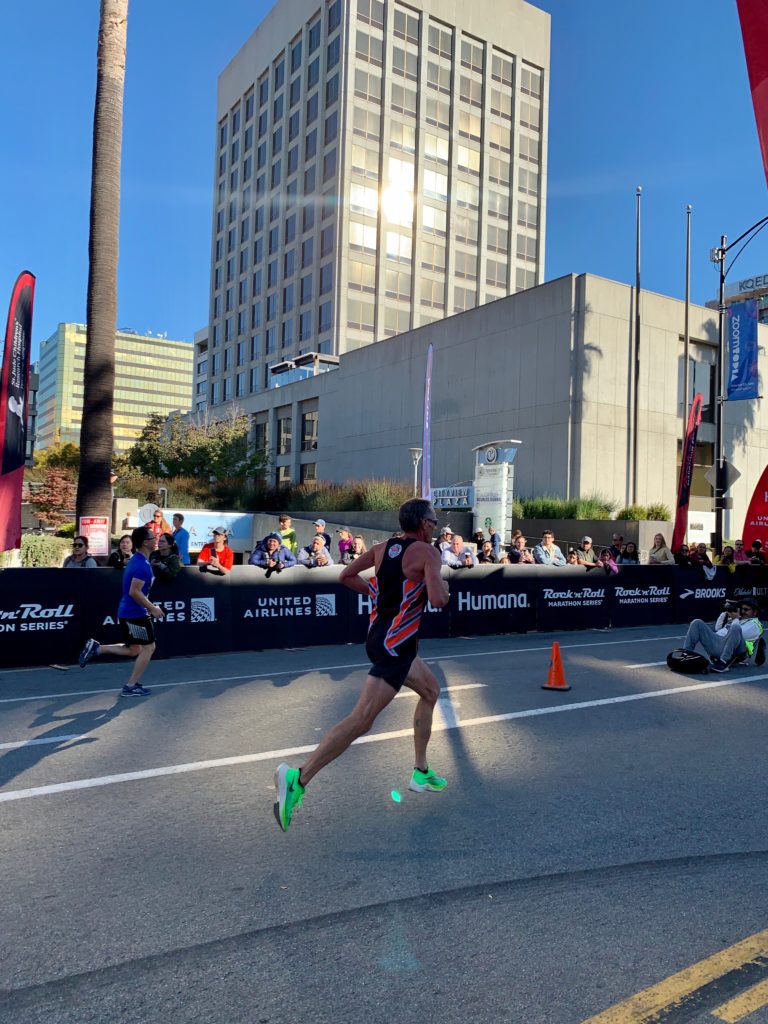 Draude says his build wasn’t perfect. He dealt with some hamstring issues, but 2017 Canadian marathon champion Trevor Hofbauer (who wrote his program) helped get him to the start line. “I had confidence that my wonky hamstring would be able to handle a 3:26 per kilometre pace. So, that was my goal: 3:26 per K. I had confidence that I could run the first half at that pace, then see what the race gods would deliver from there.”

The new record-holder was joined by his wife and friends to celebrate his accomplishment.