Canadian Krista DuChene finished seventh in the masters division in a time of 2:44:12 Monday morning at the Boston Marathon. DuChene went in with the goal of being top three in the masters race and came up just shy of that, but was competing among an extremely strong group of women. 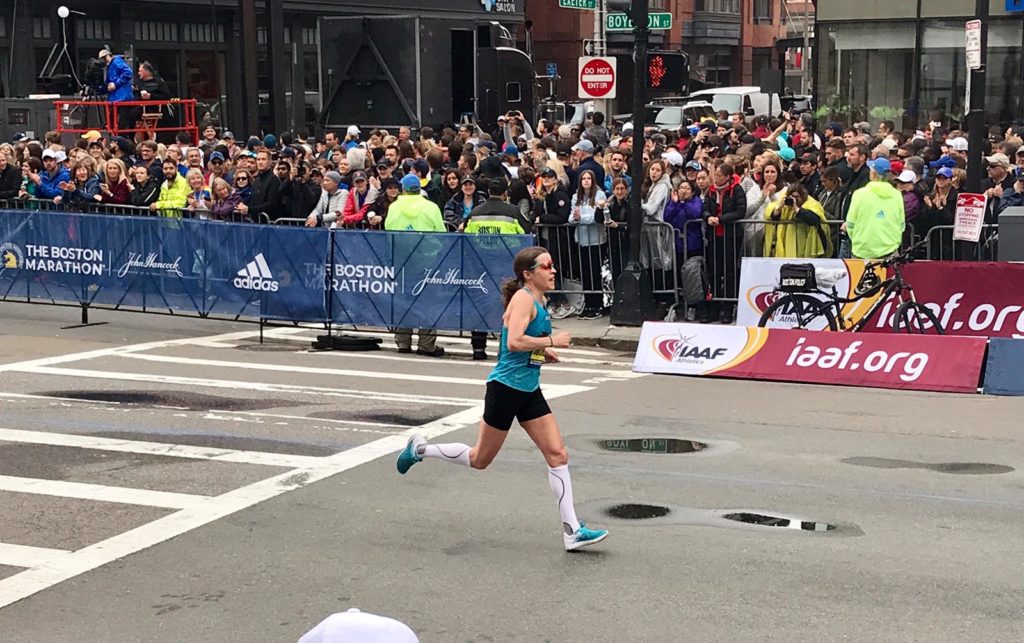 First place in the masters division went to American Kate Landau in 2:31:56, which isn’t far off of the world record held by Colleen De Reuck at 2:28:40 which was set in Chicago in 2008. Second place went to Alyson Dixon of Great Britain in 2:35:43 and third place to Margaret Njuguna of Kenya in 2:38:04.

Amidst some historically bad weather in April 2018, DuChene emerged the third place woman in a shocking finish. DuChene said she wanted to go back to Boston for a fun race and the draw of big prize money. “It made sense to choose a fun race, which would also generate an income, particularly when I don’t know how much longer I will compete at this level. Our firstborn will be starting university in five years. Like last year, I wanted to return as an elite with the appealing masters prize purse.” She took home $40,000 USD for her third place finish in 2018.

Posted @withrepost • @saucony Wishing everyone the best of luck on their 26.2 Hopkinton to Boston journey tomorrow!⁣⁣ ⁣⁣ ⁣ #WelcomeToBoston #RunForGood

The 2019 women’s event was a historic race seeing a woman break the field 10K into the race and maintain an enormous lead through the remainder of the event. Worknesh Degefa ran away from the field, finishing in 2:23:31. Second place went to Edna Kiplagat of Kenya in 2:24:14 and third place to American Jordan Hasay in 2:25:20. At age 39, Kiplagat’s race for second place was almost equally as impressive as Degefa’s. After the champion broke the field, Kiplagat slowly worked her way up, steadily narrowing the lead. Kiplagat was the 2017 Boston champion.

RELATED: Worknesh Degefa runs away from the 2019 Boston Marathon field