On what turned out to be a cold and sunny day on the Plains of Abraham in Quebec City, a new queen of cross-country was crowned U Sports champion. Jessy Lacourse of Laval University topped off her undefeated cross-country season, winning in front of the home crowd with her friends and family in attendance.

JESSY LACOURSE OF @rougeetor IS THE WOMENS U SPORTS CHAMPION!

The contenders in the women’s 8K race got ahead early, with Lauren McNeil of UBC Okanagan leading. After three laps, she extended her lead by four seconds over the chase pack, which contained Laval’s Lacourse and UBC Okanagan’s Joanna Brown. In the final two kilometres, Lacourse made a move to catch McNeil on a hill, and from there, she surged to the incredible roar of the crowd, winning the individual title. 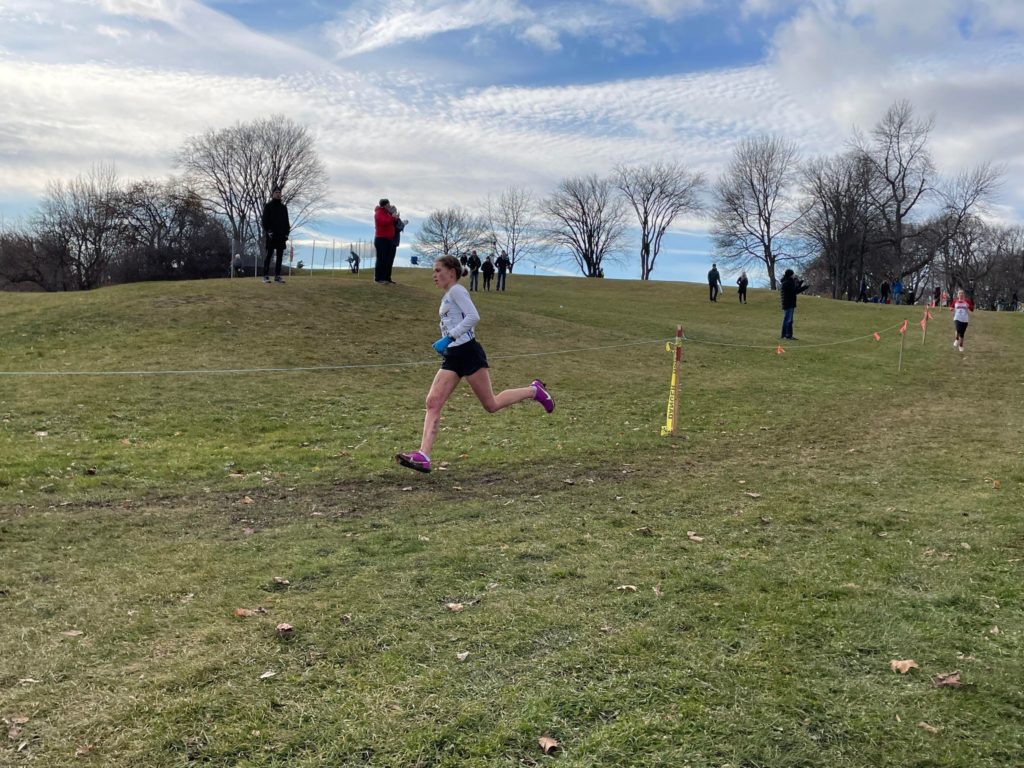 Photo: Canadian Running”I still don’t know how I won — McNeil ran a great race,” says Lacourse. “I gave it everything I had on that last lap, and I am satisfied that I was able to give it my all.”

The course was a hilly two-kilometre loop around the Plains of Abraham, which runners had to complete four times.

The Laval Rouge-et-Or team placed three runners in the top five to help them secure the U Sports Championship over Guelph and Western. They put the depth of their women’s team on display, placing five runners in the top 20. The Western Mustangs were a surprise second place after finishing second fiddle to Guelph all season. The Mustangs were led by Heidi Ohrling and Zoe Burke, who both placed inside the top 15.

“The feeling of winning individual and team gold in front of the home crowd is ‘incroyable’,” says Lacourse. She and the Laval team are already looking forward to defending the title in 2022.

You can view all the results from the 2021 U Sports Cross-Country Championship here.