Lucia Stafford secured her first-ever U Sports Cross-Country title on Saturday at Kingston, Ont.’s Fort Henry, crossing the finish line well ahead of Anne-Marie Comeau of Laval in second and Branna MacDougall of Queen’s in third.

Stafford ran a nearly perfect race until she crossed the finish line, when she accidentally tripped over the timing mats and face-planted (see below.) 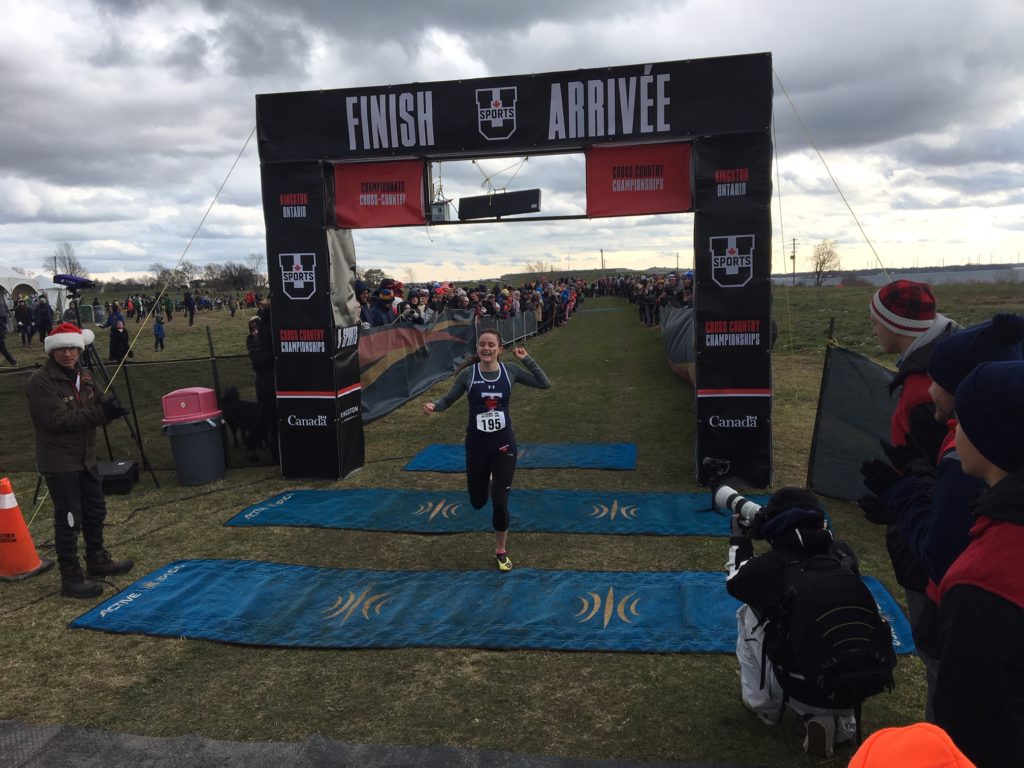 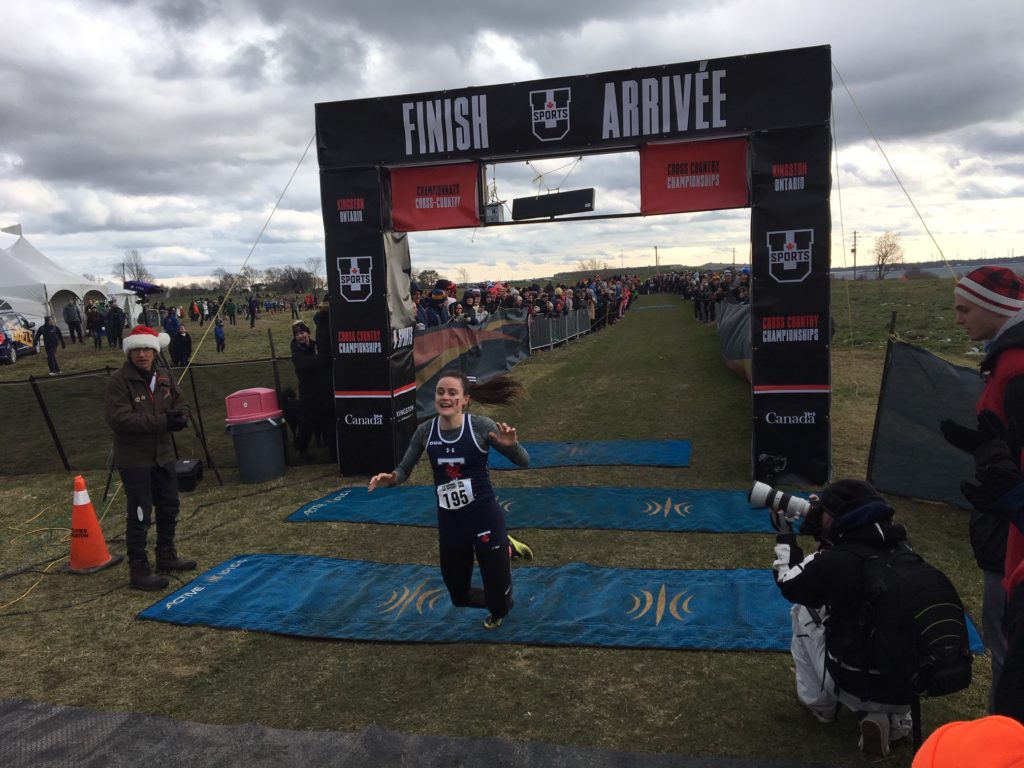 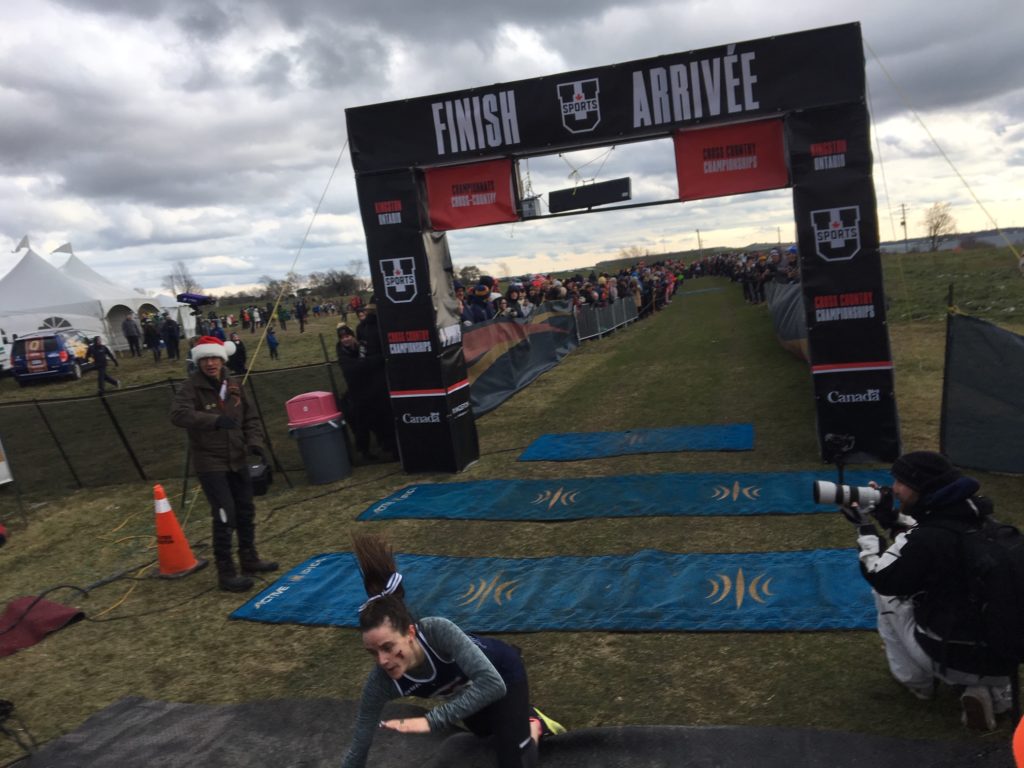 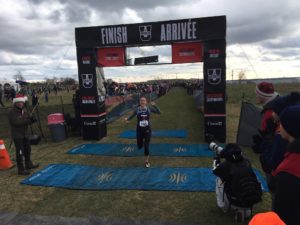 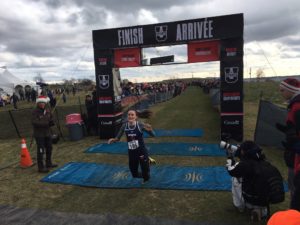 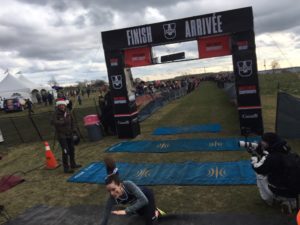 Saturday’s race was a big victory for Stafford, who won the 2019 OUA Cross-Country Championships two weeks ago–also her first OUA cross-country title. As a junior runner, Stafford was one of the most dominant Canada has ever seen. The now 21-year-old was a Junior Pan Am Games gold medallist, ran the second-fastest 1,500m by a Canadian junior, set national records and won many U Sports medals and championship titles.

In 2018, Stafford was relatively absent from the scene, and when she was racing, her performances weren’t as strong as in previous years. Some thought she was just having a plateau year, not uncommon for someone who’s been so strong for so long (she did run a 4:09 1,500m as a 19-year-old, after all). But she wasn’t having an off year, she was undergoing treatment for Graves’ disease, an autoimmune disorder that causes an overactive thyroid.

Stafford and (Branna) MacDougall joked after the race that their tactics were based on each other. Each woman’s coach had told them ahead of the race how they would be beat the other. The two women have been racing each other for years and completely understood the calibre of runner they were competing against.

The women’s race broke apart quickly, with the top three finishers running their own race. MacDougall kept surging to try and break Stafford, and Stafford continued to sit behind Comeau and MacDougall and tick off kilometres. With 1.5K to go, Stafford really started going, and gained a significant lead. MacDougall joked that if she had to lose to anyway, she feels happy losing to Stafford.

Stafford says that this is a great way to set herself up for her 2020 season. “After second year, I thought I was done with cross-country. I was like, ugh, cross-country. But now, I have a new-found love for it. My team is amazing, everyone keeps it so low-key and fun. Workouts are a blast. We laugh, we cry, but we have a great time and we work hard.” Stafford will now take a much-needed break before gearing up for her 2020 indoor season.

In the team results, the Queen’s women were first–finally taking home the team title afters year of having the runners to do it but never quite being able. Guelph finished second and Laval third.

Full results can be found here. Men’s report to follow.