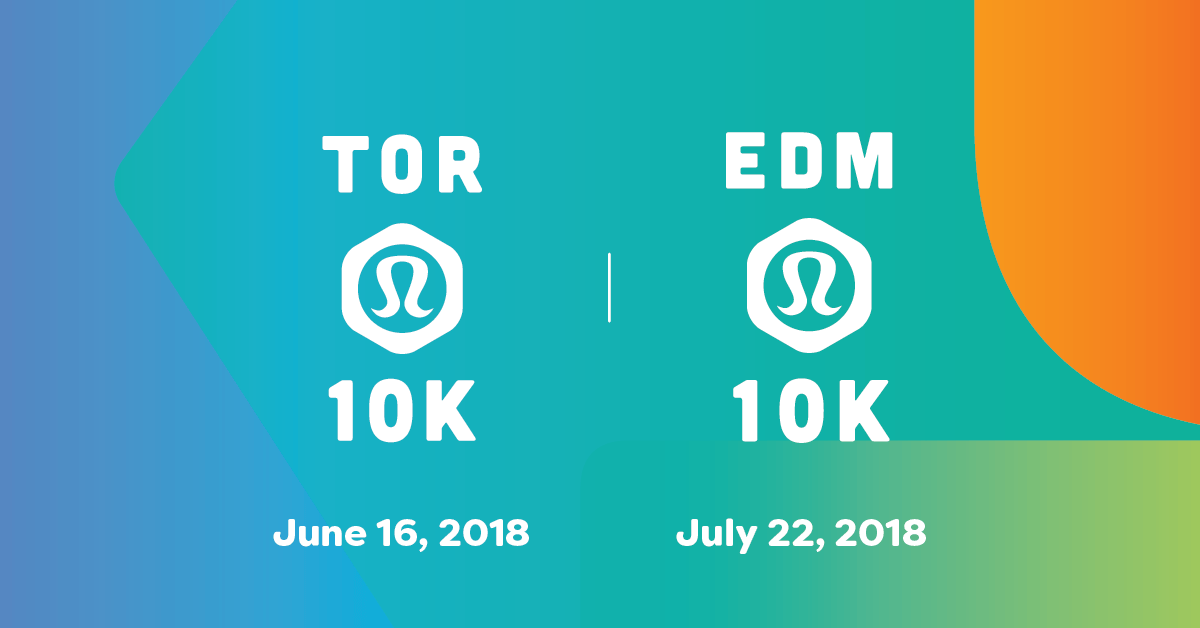 After last year’s massive success with the Toronto Waterfront 10K, Canada Running Series and athletic brand Lululemon are teaming up once again for another 10K.

The Edmonton 10K, which was announced on Friday, takes place on July 22.

According to the press release, “Lululemon will transform the pre and post-race experience,” so expect something like the Toronto Waterfront 10K donut wall (we hope).

In the lead up to the race, the organizers will also provide entrants with a complimentary training program, which should motivate anyone new to running, along with free race photos so you can win at Instagram. And, as was the case with the Toronto Waterfront 10K, the “enhanced cheer stations” and post-race party will be amazing. Think: yoga-in-the-park-meets-music-festival.

Of course, Lululemon will be creating the finisher’s shirt, which should become one of the most coveted of the year.

Canada Running Series formally announced that the Toronto Waterfront 10K will  also return with Lululemon once again as their lead partner this summer. The race takes place on June 16.

For more on what the Toronto Waterfront 10K was like (and perhaps what to expect in Edmonton), check out our coverage of the 2017 race, which we selected as the Canadian race of the year.

Registration for the Edmonton race opens April 5. And the Toronto Waterfront 10K registration kicks off  March 23.

Be warned: they will both sell out. Fast.

We’ll be sure to do updates on what the race shirt and finisher’s shirt will look like, as well as the course map and any other exciting details.