Brogan MacDougall of Queen’s took the win in the Gold 6K at the Paul Short College Invitational in Bethlehem, Pennsylvania. MacDougall crossed the line in 20:21, just beating out Jessica Drop of Georgia, who finished second in 20:24. The Queen’s women finished seventh as a team.

Notably, Yale freshman and reigning 3,000m OFSAA champion Jocelyn Chau was 13th in 21:02, and the second freshman to cross the line, MacDougall being the first.

Guelph also raced at Paul Short. Danielle Jossinet was their first woman across in 21:39. The Guelph women’s team finished eighth overall, only 10 points behind Queen’s.

In the men’s results, the Guelph men had a dominant run, finishing fourth as a team in the Gold 8K with Mark Patton and Connor Black crossing the finish line together in fourth and fifth. Patton finished one second ahead of Black in 24:35, with Black crossing in 24:36.

The Queen’s men had a decisive win in the Brown men’s 8K, led by Mitch Delange in 25:09. Delange finished sixth individually.

In Chicago at the Loyola Lakefront Invitational, McMaster, Western and the University of Toronto duked it out. In the men’s results, McMaster was the first Canadian team and second overall. The team was led by Max Turek (24:20) and Sergio Raez-Villanueva (24:41). 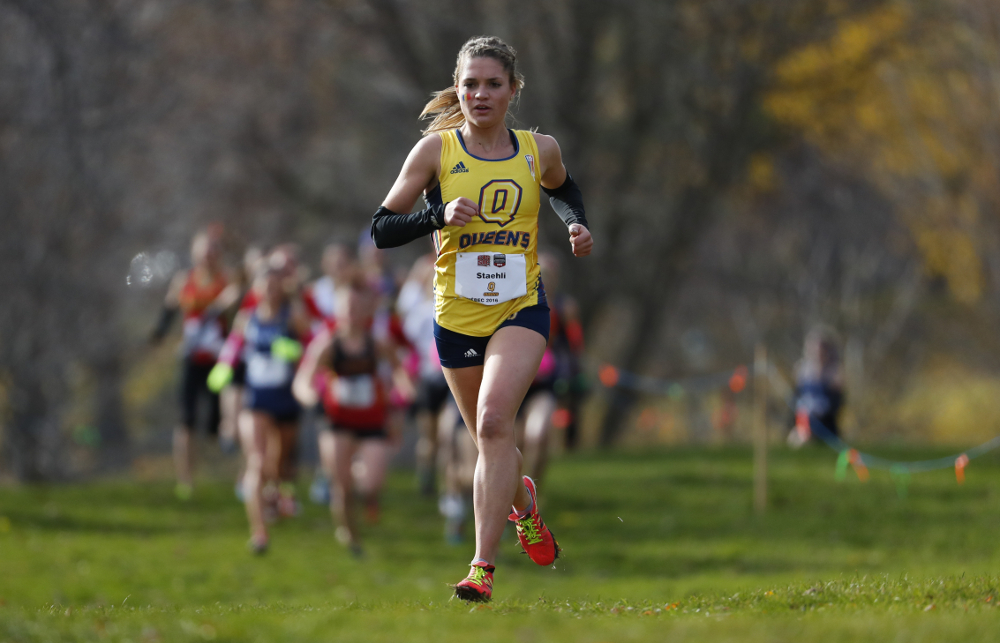 In the women’s race, Julia-Anne Staehli was the overall winner in 16:42. Staehli is a Queen’s alumnus. Kristina Popadich of Western was fifth in 17:00. The Western women finish 11th in the team competition.

On the west coast at the Stanford Invitational, Alison Irvine of  the University of Victoria was the first Canadian across the line in 21:51. She was followed by Nichola Symonds of the University of British Columbia in 21:52. The runners finished in 28th and 29th. In the team competition, UVic finished 10th followed by UBC in 11th.