If you are looking to run a fall marathon where you can almost be guaranteed great weather, don’t look past the largest marathon in Quebec, Marathon Beneva de Montréal, returning this September with a new title sponsor. Immerse yourself in one of Canada’s oldest cities from Sept. 23 to 25 and experience the architecture, nature and vibrant culture Montreal has to offer. 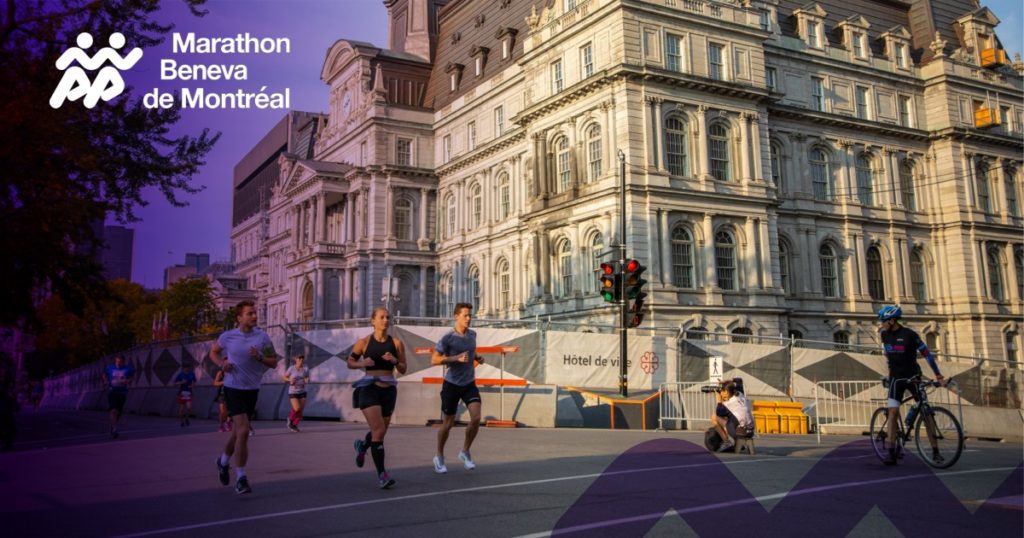 The Marathon Beneva de Montréal is a full race weekend offering 1K, 5K and 10K races on Saturday, in addition to Sunday’s half and full marathon. In the past, the proximity of Montreal to other Canadian cities has drawn many runners to the race; Montreal is easily reachable by car or train for residents of eastern Canada and there are frequent flights from all other Canadian cities.

The start of both the marathon and half marathon will be from Espace 67 on Montreal’s Ste-Hélène Island. The start will be in waves and participants will be informed of their wave and start time a few days before the race. The marathon course takes runners through Notre Dame Island and Saint Helen’s Island on Circuit Gilles Villeneuve, Old Montreal, the historic districts of Ville-Marie, Rosemont-La Petite-Patrie and Hochelaga-Maisonneuve, before finishing on Montreal’s Olympic Park Esplanade. The course is measured and certified by Athletics Canada, therefore your time can qualify you for the Boston Marathon in 2023 or any AbbottWMM Wanda Age Group World Championships.

The early-fall weather couldn’t be better for this marathon, as Montreal residents have been known to hit the streets with water and hoses to cool runners down when things get hot.

The first edition of the Montreal Marathon was held in August of 1979, with approximately 9,000 runners. Eighteen years later, the race disappeared for five years from 1997 to 2002, then returned in 2004 with more activities such as walking, running, and a wheelchair division. On the 23rd anniversary of the race in 2013, the race hit record numbers with 32,000 finishers from 30 countries. 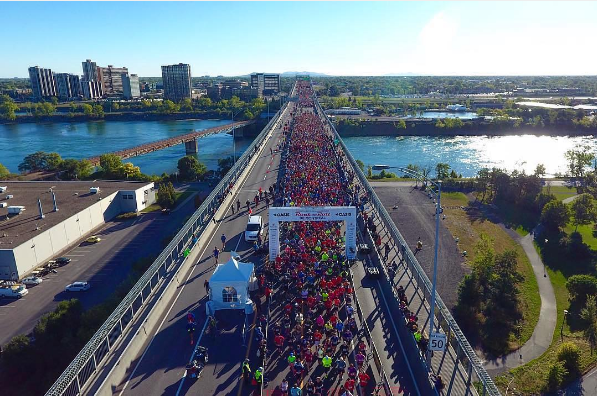 Montreal is filled with many great hotels and local Airbnb hosts. We suggest staying downtown or in Old Montreal to get the full race weekend experience. If looking to stay downtown near the race finish, the official race hotel is the Double Tree by Hilton with nearby partner hotels of Montreal Delta and Hotel Universal Montreal also offering discounted rates for Montreal Marathon participants.

Looking to run before the race here are some of our favourite routes in Montreal:

A post shared by View from Parc Mont Royal (@mont.royal.view) 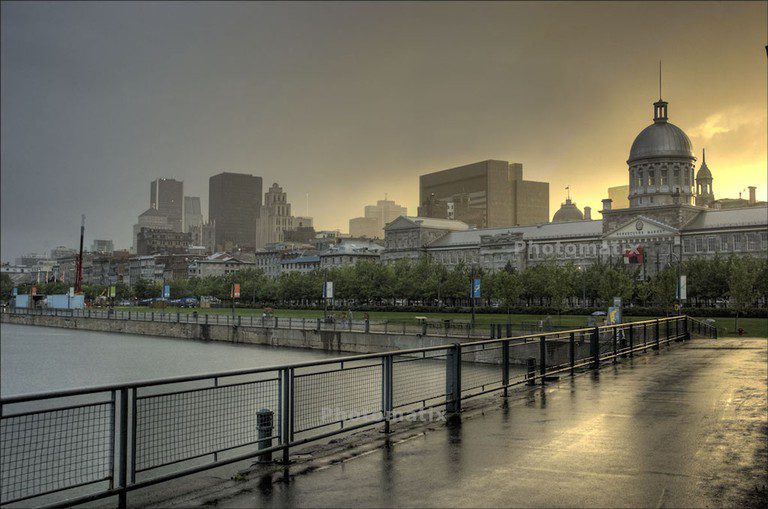 The marathon is now backed by a new local sponsor, Beneva, which will elevate the event to contend with some of Canada’s top marathons like Toronto, Ottawa and Calgary. Take advantage of early-bird pricing and sign up for $110 at www.mtlmarathon.com or register here.