On Sunday, Melvin Nyairo from California finished the Scotiabank Toronto Waterfront Half-Marathon in 1:15:35, setting the world record for fastest half-marathon dressed as a fruit. Nyairo’s run became a bit of a Twitter sensation. He was a front runner in Sunday’s marathon for the first half, as he was on pace with the elite Canadian women through 15K. It looked like the elite Canadians had hired a banana as a pacer.

A banana is among the front runners in the Scotiabank Toronto Waterfront Marathon. pic.twitter.com/WSe3GuMAb4

RELATED: A man in a banana suit was a Toronto Marathon frontrunner

The new world record holder says that it was his new year’s resolution to complete a Guinness World Record, and after looking at the website, he decided he would attempt to run the fastest half dressed as a fruit. “It was between fruit or vegetable. If I had decided to run as a vegetable, I would have run as a carrot.” 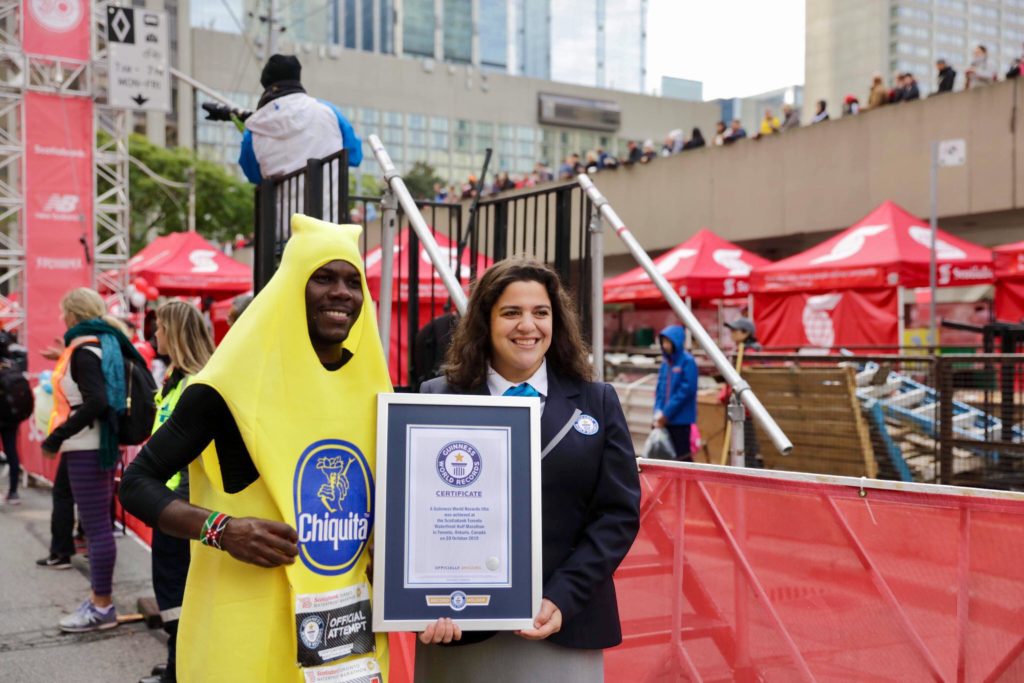 Nyairo is a strong runner. He ran his marathon personal best of 2:48 at the 2017 Boston Marathon and he’s going back for the 2020 event. His half-marathon personal best is a 1:13:15. The runner says the attempt went very well, except for the heat. “I wore a Nike compression shirt underneath the banana costume to prevent chafing. But it was very uncomfortable and hot in there. I sweat a lot.” 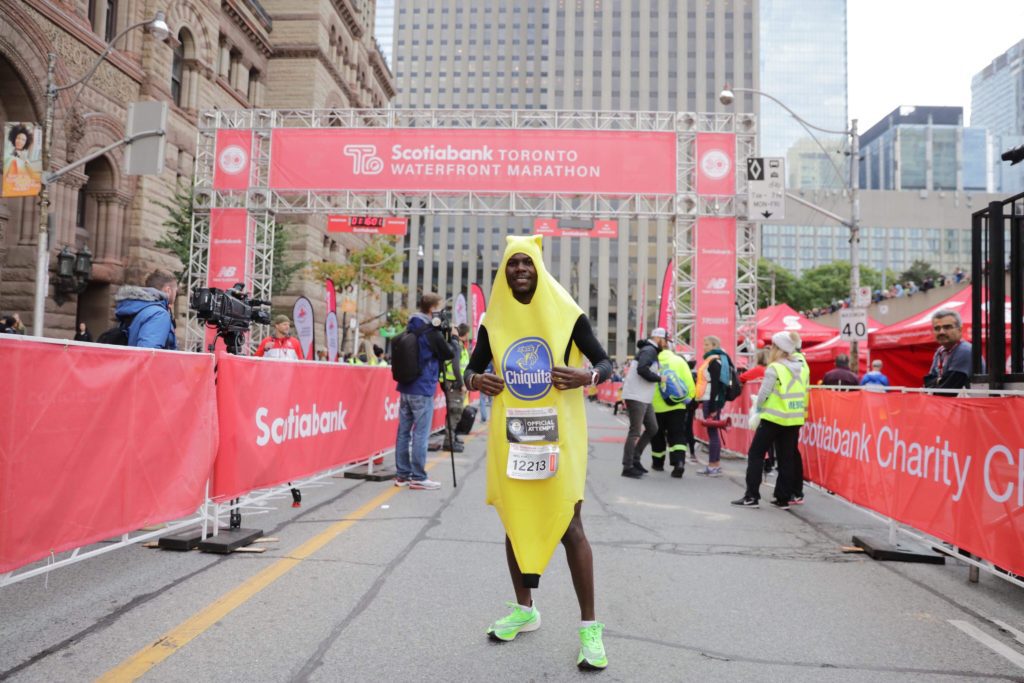 To take things one step further, Chiquita Banana was an official sponsor of the attempt. Nyairo not only holds the title of the world’s fastest banana, but he’s also won himself a year’s supply of bananas for his successful attempt. “This means I’m very well prepared for my upcoming races.”