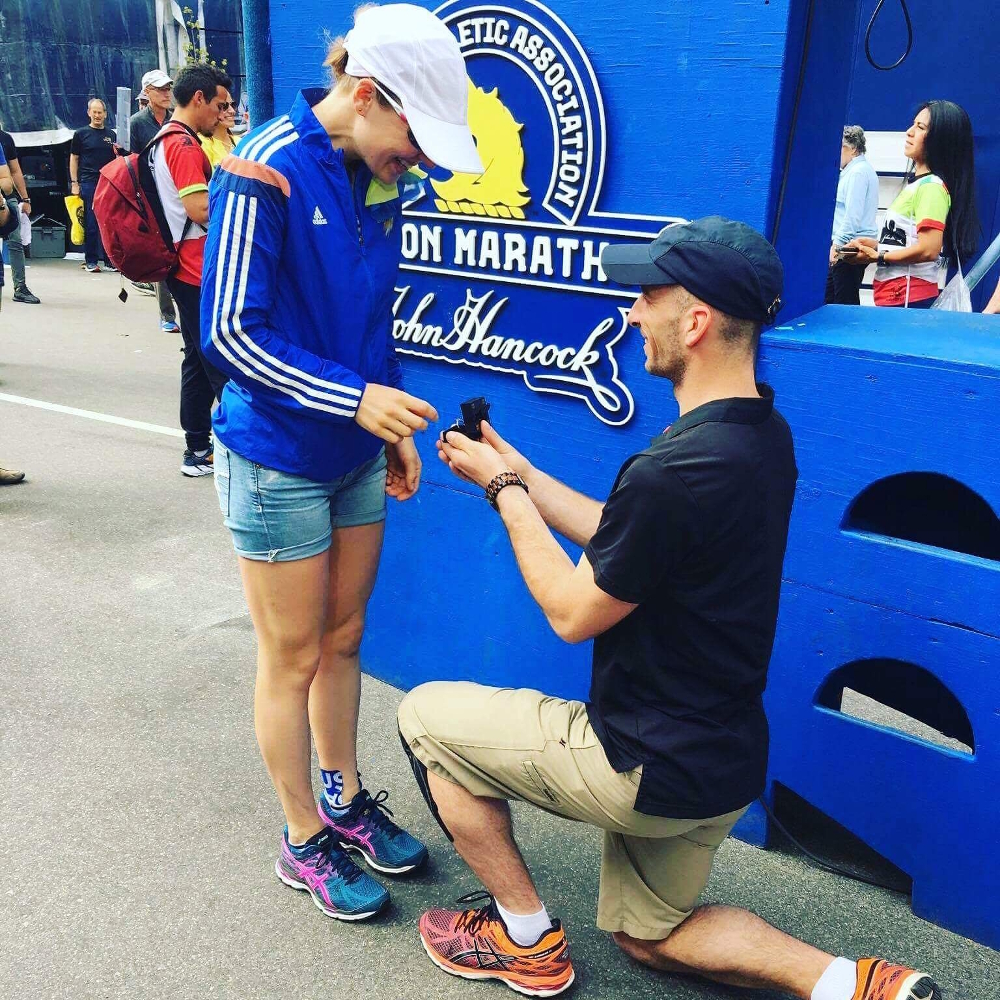 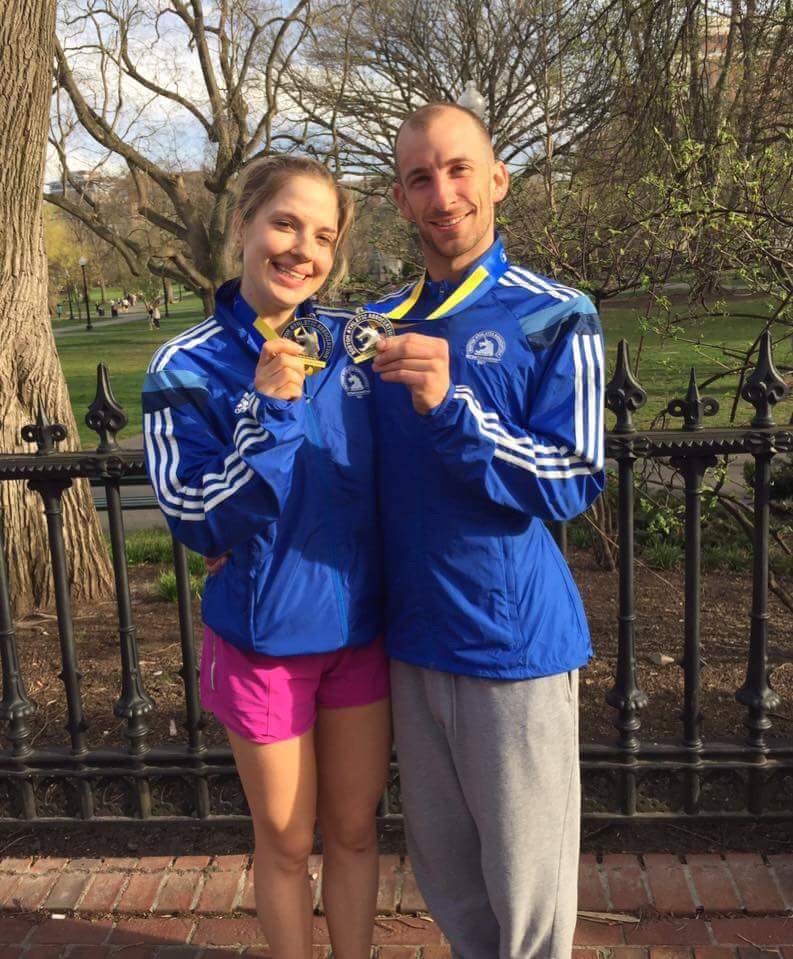 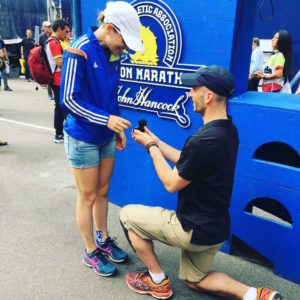 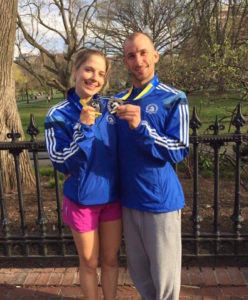 Michael Bergeron and Jennie Orr had a weekend to remember at the 2017 Boston Marathon.

Ahead of Marathon Monday, Bergeron, who went on to juggle three beanbags for the entire race, proposed to Orr at the finish line. Orr immediately said “Yes” in a pre-race rush of adrenaline in front of hundreds at the finish line on Sunday. The couple experienced Boston for the first time together though this year was Orr’s third time running the marathon while Bergeron checked it off his “bucket list.” Before the race, Bergeron told Canadian Running that running Boston had been one of his goals for 10 years.

“It was amazing but super difficult with the heat,” Bergeron, 27, says. “I was able to have space to joggle the entire time and only had four drops – at 15K, 21K, 28K and 31K. I thought my eyes were going to be a factor in the fatigue but it was my upper back and my arms that failed me. The crowd was insane, I heard my name every step of the way.” Bergeron began joggling about two years ago and regularly races on the Nova Scotia road running circuit.

Bergeron, Orr and a group of Atlantic Canada runners made the trip to Boston together and stayed the weekend just outside of the city. More than 50 runners made the trip. Bergeron and Orr met a couple years ago while running with the Halifax Road Hammers, a group which earned Canadian Running‘s Golden Shoe for club of the year for 2016.

The Boston Marathon finish line is arguably the most popular pre-race attraction for runners, especially for memorable photo opportunities. Or, in this case, a marriage proposal.