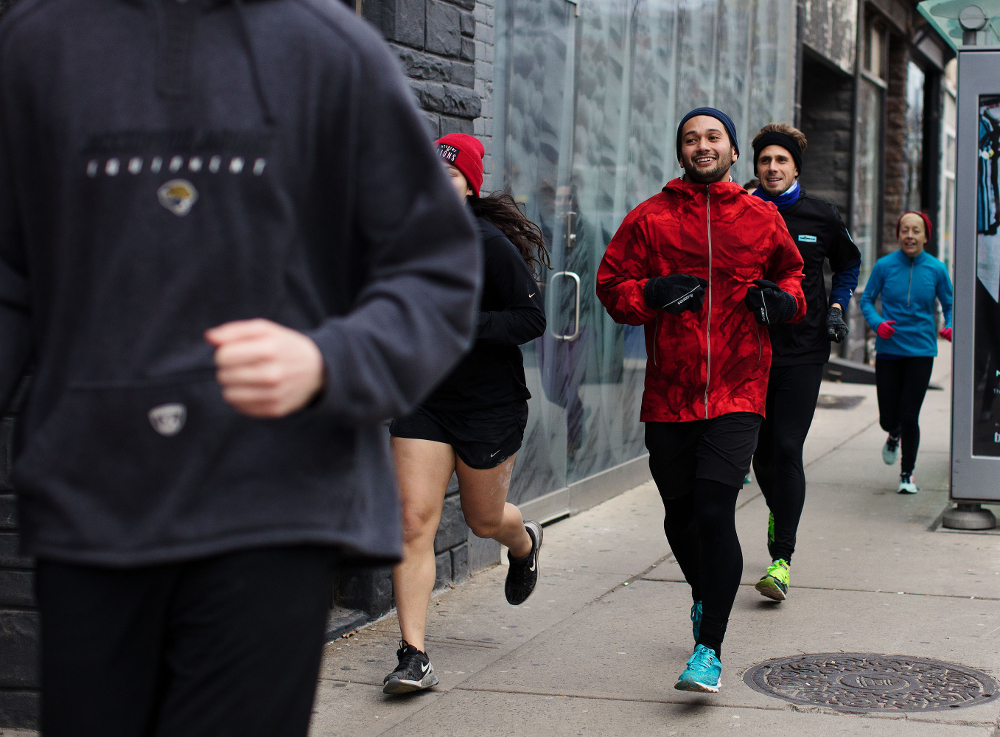 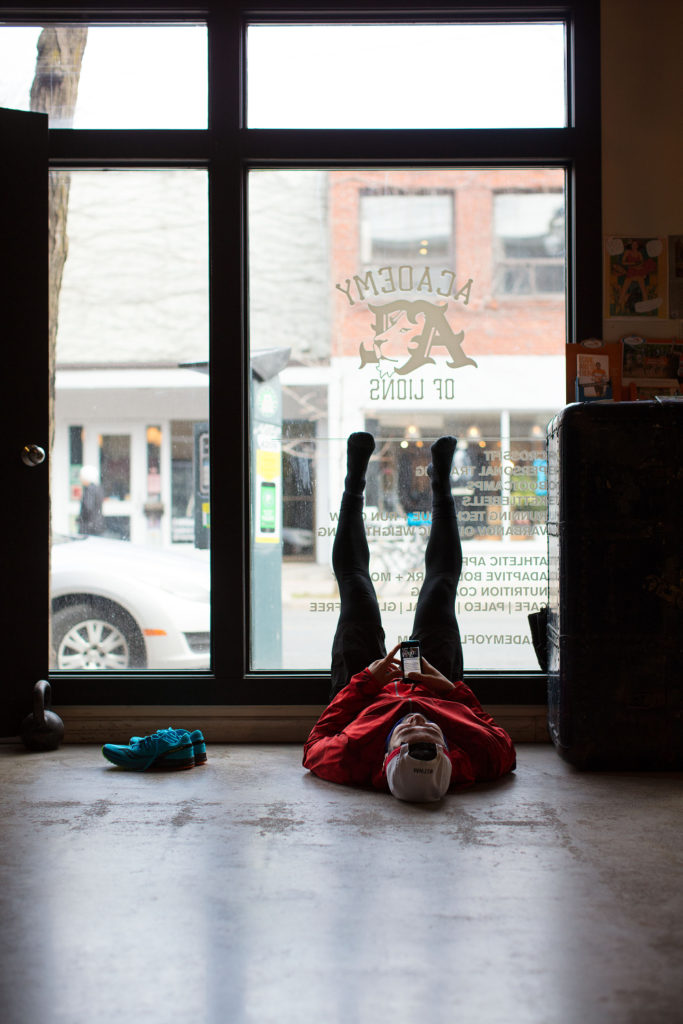 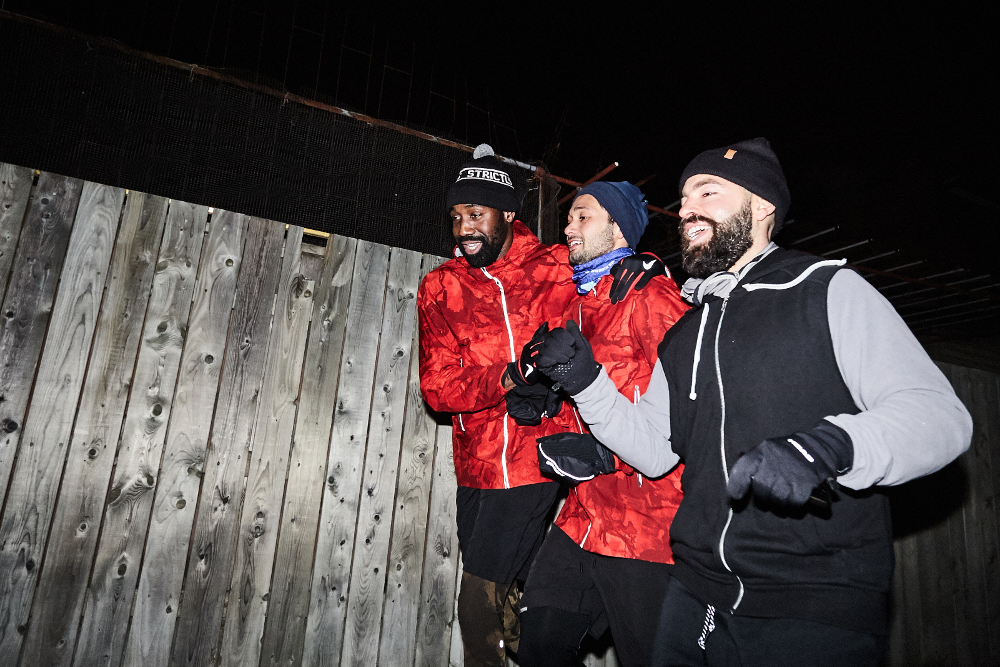 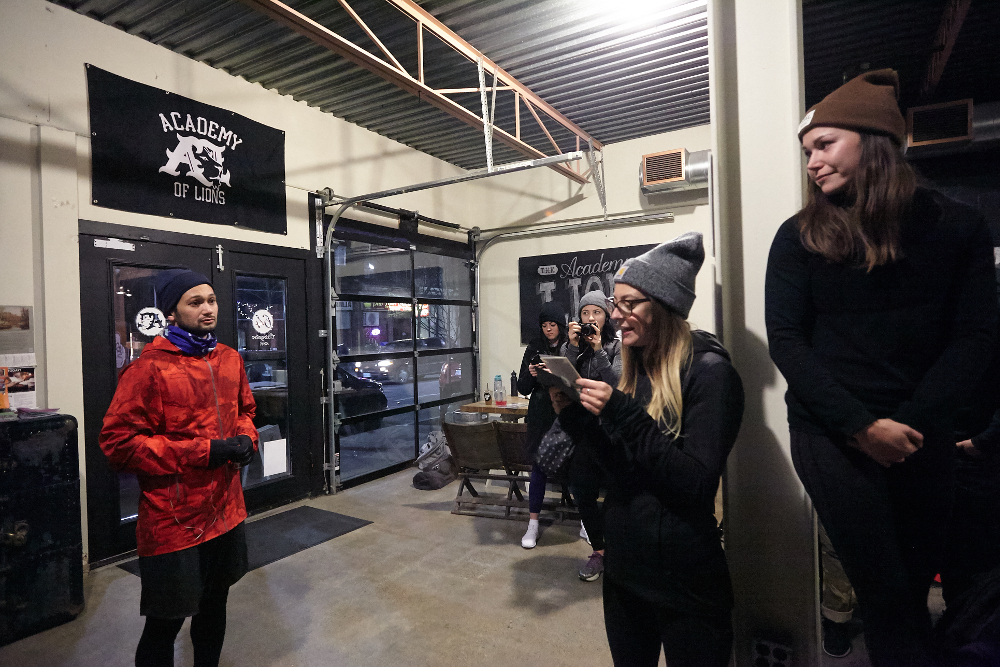 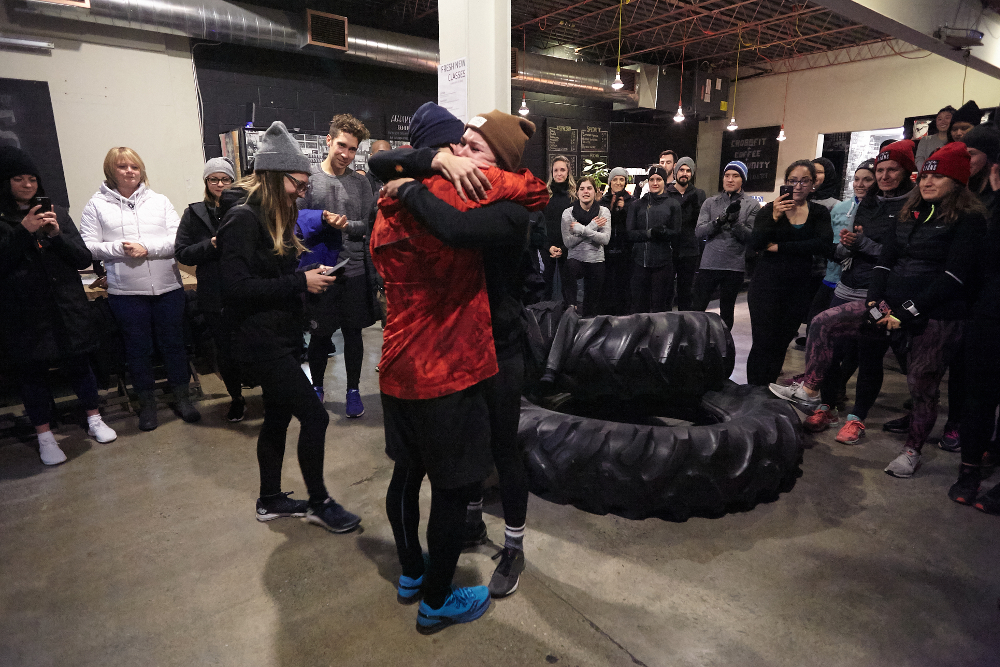 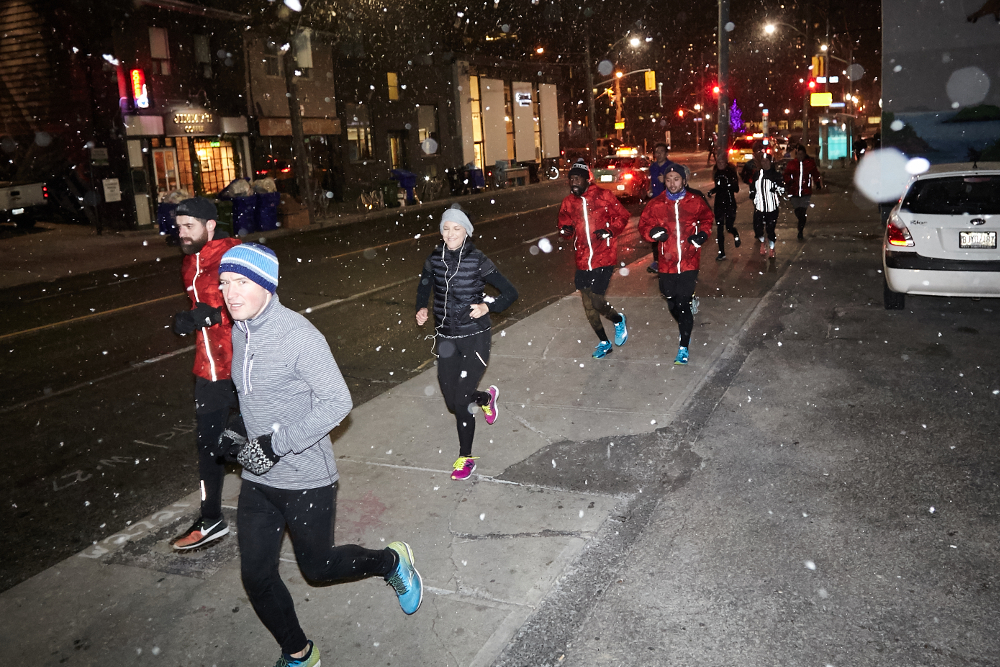 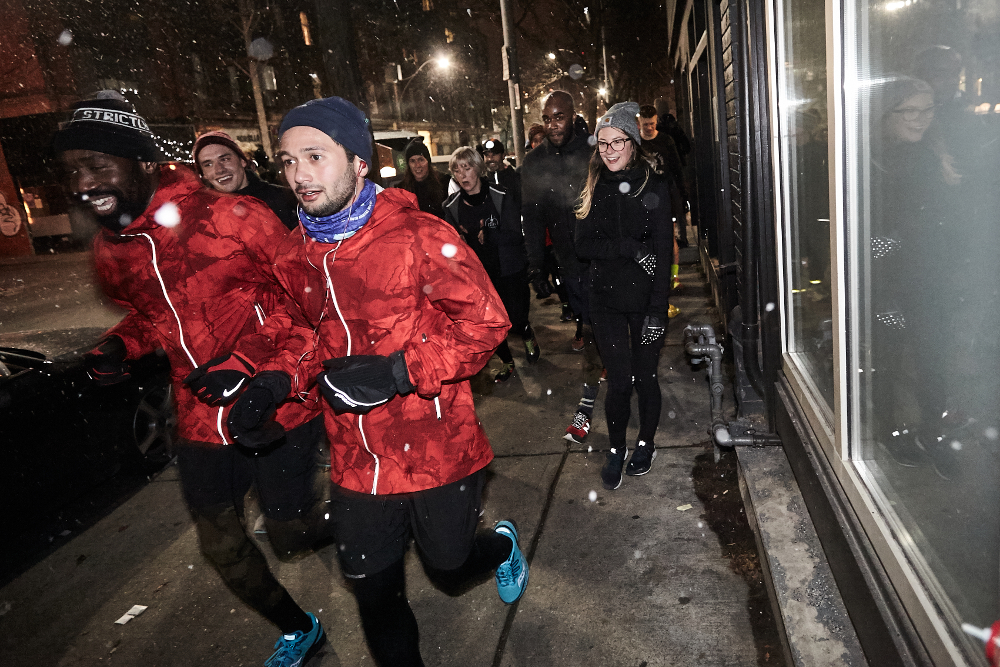 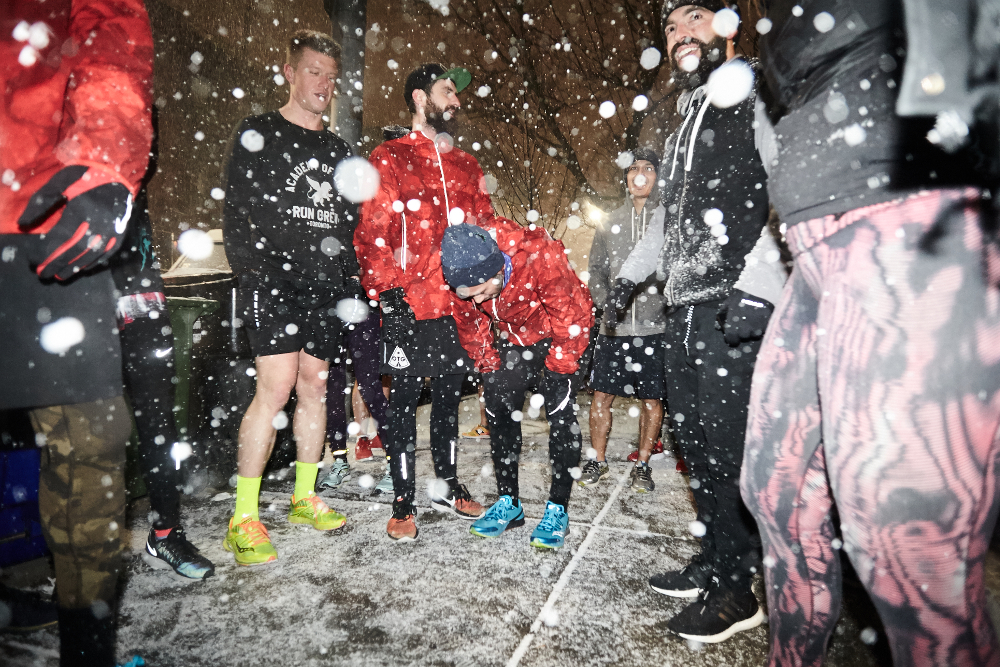 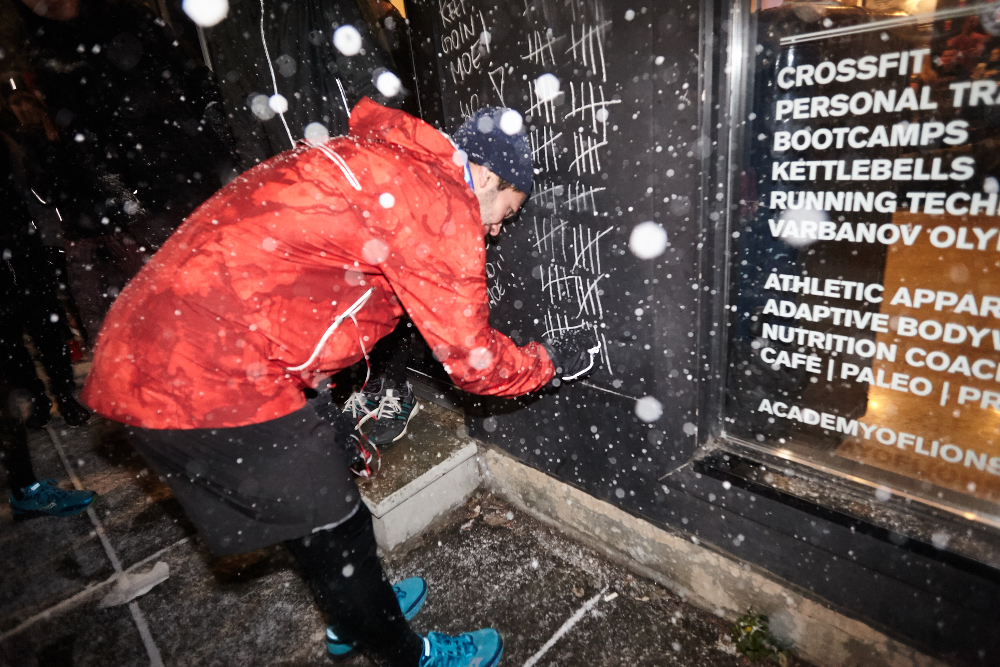 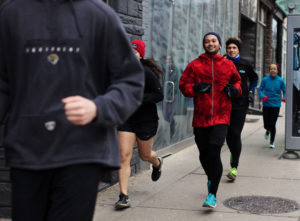 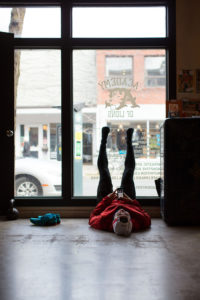 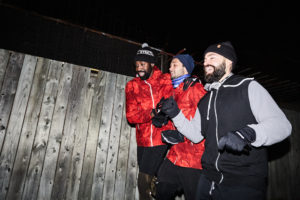 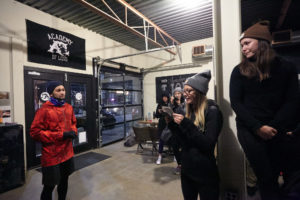 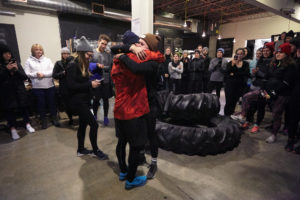 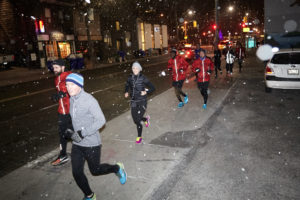 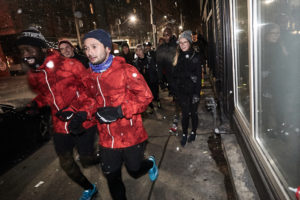 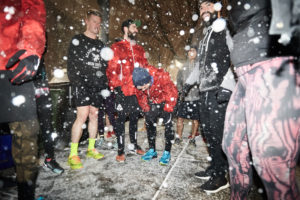 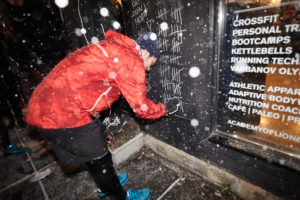 “The point behind the run was to raise awareness for mental health and show the important role physical health plays in battling against it,” he says.

Bsat, 30, decided on the 1K loop tied to the Academy of Lions, a local gym and run crew, since it’s where many of the area’s runners do workouts. The confined space was significant as it he regularly passed by the academy providing “the greatest impact and greatest exposure.” He estimates that 200-300 runners joined him for portions of the 100K run that lasted 15 hours. His initial goal was to have 100 runners join him on Dec. 8; he hit that goal by the two-and-half-hour mark.

“Honestly, what kept me going was seeing a new face every lap,” he says. “I was seeing new people and that lifted my spirits. It was unbelievable and every time I got this burst of energy. I didn’t hit a mental wall until 85K.” He took designated breaks at certain intervals and took a lunch break around 53K.

Bsat, a Saucony Ambassador, says he was personally dealing with mental health problems while at law school in Ottawa. “I knew at that moment that it’s an issue that knows no boundaries,” he says. The Toronto resident, who has been living in the Ontario capital since 2015, has been running for a number of years and joined Academy of Lions in November of last year. He also runs with Parkdale Roadrunners, one of Toronto’s many popular training groups.

RELATED: Feature: In memory of her.

He says that there was a bit of anxiety before the run as he had only run 100K on one other occasion back in 2012. His longest training run in the past four years has been 30K as he more than tripled that daily mark in early December. Conditions were snowy and cold in the latter stages of the 100K run which began in the early hours of the morning and finished well past sunset.