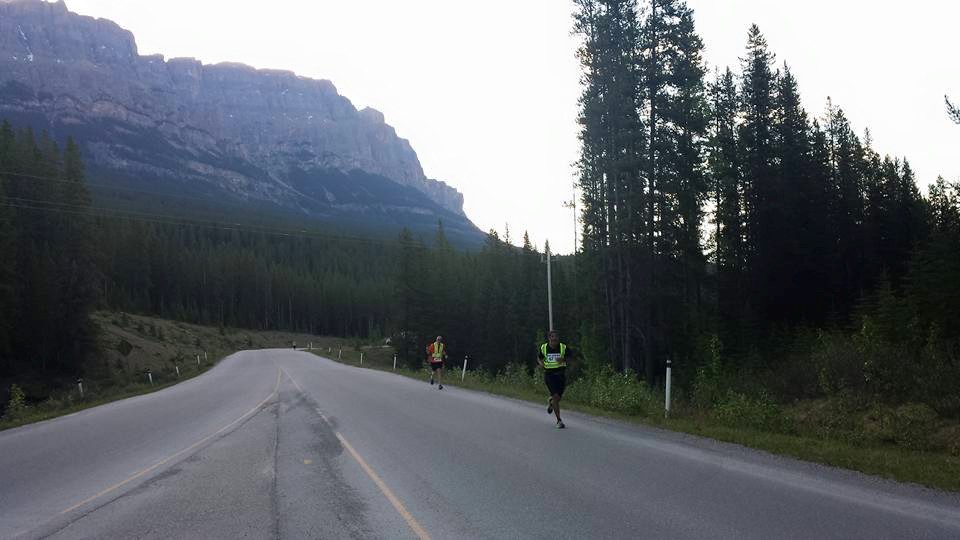 Canadian runners have quite a mix of races to choose from when it comes to ultras, trail races and relays. Runners getting into races on trails can pick from numerous races across the country. Which ones are the best is completely dependent on the runner. We asked Vancouver-based ultra-runner Ellie Greenwood for her favourites as well as adding some races that we like. Want to get on the trails? Check out these races.

Kneeknackering North Shore Trail Run
This is a 30 mile race along the technical Baden Powell trail in North Vancouver from near Horseshoe Bay to Deep Cove. It’s a classic choice for trail runners as it has run since 1989. Greenwood chooses this as one of her favourites. “It’s a great race for the camaraderie between runners,” she says. That camaraderie is especially built up on weekly training runs in the two months prior to the race. It’s a tough challenge with 16,000 feet of elevation over roots and rocky terrain. “With the finish line in a grassy park right by the ocean in Deep Cove, there is a great atmosphere as most finishers hang out until the last runner is cheered over the line at the 10 hour cut off,” says Greenwood.
Run for the Toad 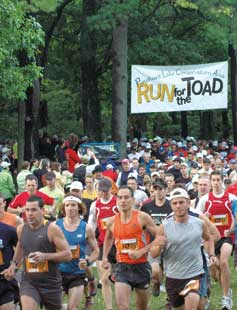 Runners who head to this Paris, Ont. race have a choice between running 25K or 50K. Greenwood suggests this race for someone who is getting into this type of racing for the first time since there is little elevation and not a lot of overly technical terrain. The course is a 12.5K loop through wooded area and near a lake. “With lots of competitors there is never a chance to get lonely on the trail,” says Greenwood.
Squamish 50
This race has a 50K, 50 mile, and 23K course. It’s in B.C. and part of the Coast Mountain Trail series. “With the various distances, it’s a great way for those newer to trail running to maybe run the 23K but see other racers take on the tough 50K and 50 mile challenges,” says Greenwood.  Finishers get draw prizes and a BBQ dinner at the finish where they are greeted by director Gary Robbins.
Tour du lac Brome
This is a larger event offering a 22K, 20K, 10K, 9K and 5K race. With 3,500 runners participating, this is one of the largest Canadian trail races. Taking place in Knowlton, Que., it starts at the foot of Mount Bromont and takes runner along rolling country roads on a complete loop around Lac Brome. Afterwards, a traditional meal of duck is served to the finishers. 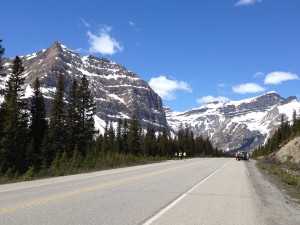 Banff Jasper Relay
This race brags that it’s one of the most beautiful races. It has quite the history dating back to 1979. The 260K course is divided into 15 legs which wind through The Rockies and run on iconic Canadian highway: the Bow Valley and the Icefields.
Sulphur Springs
At 100 miles, this is one of the longest races in Canada. It takes place in Ancaster, Ont., with 1,200 participating. This race also offers a 10K for newbies. The course features a section of the Bruce Trail and goes through the Dundas Valley Conservation Area.
Haliburton Forest Trail Run
This Ontario race is 22 years old. With a 100 mile distance offered, it’s also one of the longer races runners can sign up for. There are distances down to 12K though for those who don’t quite want to make the jump. Runners can expect to be deep in forest trail and should also have experience taking on country roads.
Trailstoke Revy
Run as part of the 5 Peaks series, Trailstoke Revy is considered one of the tougher events for runners in Canada. It takes place at Revelstoke Mountain Resort so while many people might think skiing, runners are thinking leg-battering mountain running. The elevation is up to 3,300.
Xtrail Mont Orford
Those who are experienced in the world of ultras consider this to be a top race in Canada. At 23K, it’s not a lengthy race but is quite technical. It’s nearly impossible for runners to go fast on this one with all the slopes, climbs and mud.
Yukon River
Head up to Whitehorse to experience running in the north. The course runs along or above the Yukon River meaning that it is always in view. It also takes a tour of several small lakes. It can be run as a marathon, half or relay.