Canadian race walker Evan Dunfee opened the meet with a gold medal for Canada. Dunfee cruised to an easy victory in the 20 kilometre walk, finishing in 1:25.37.

Post-race Dunfee said, “I’m particularly excited to watch the guys on the team who are wearing the maple leaf for the first time.” The Canadian team for this year’s NACAC Championship is very young, with NACAC being many of the athletes’ first national team qualification.

Dunfee has one more race this summer in China before he will shut down his 2018 season, take a break, and start thinking about 2019.

In the evening programme, there was an injury in the men’s 400m hurdles that caused a brief track break. Once the events resumed, Mel Lawrence of the USA ran away with the 3,000m steeplechase title. Lawrence won in 9:45.36. Post-race Lawrence said, “We found out when we got into the call room that it was just us three, so we decided we would work together. With three laps to go I felt really good so I went.”

In the men’s 110m hurdles, Johnathan Cabral qualified easily for the final. The final goes tomorrow at 5:05 p.m. 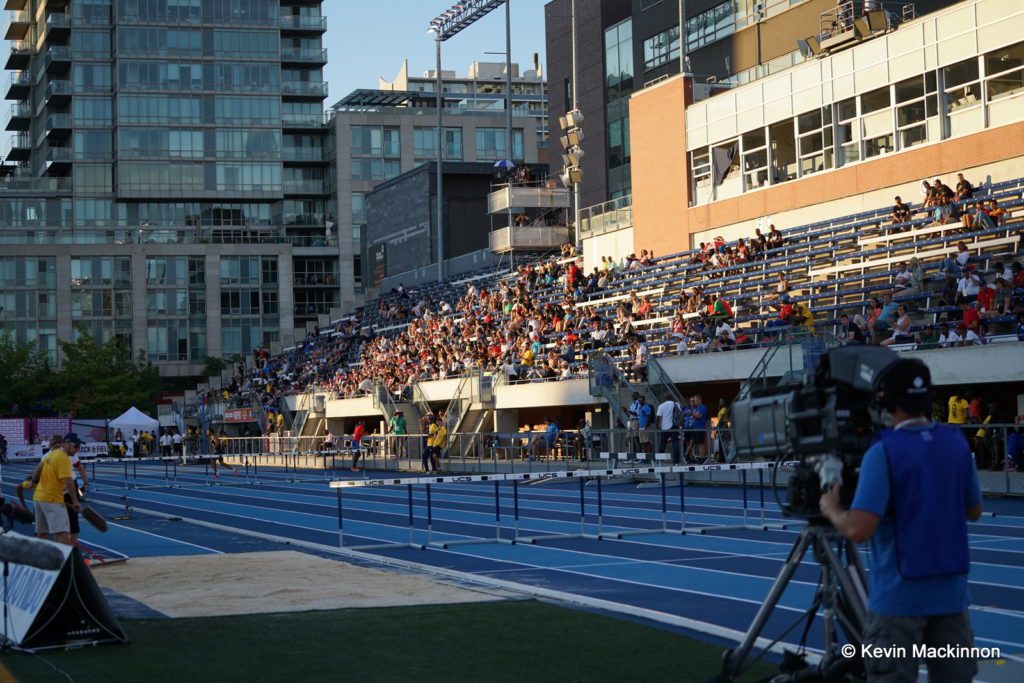 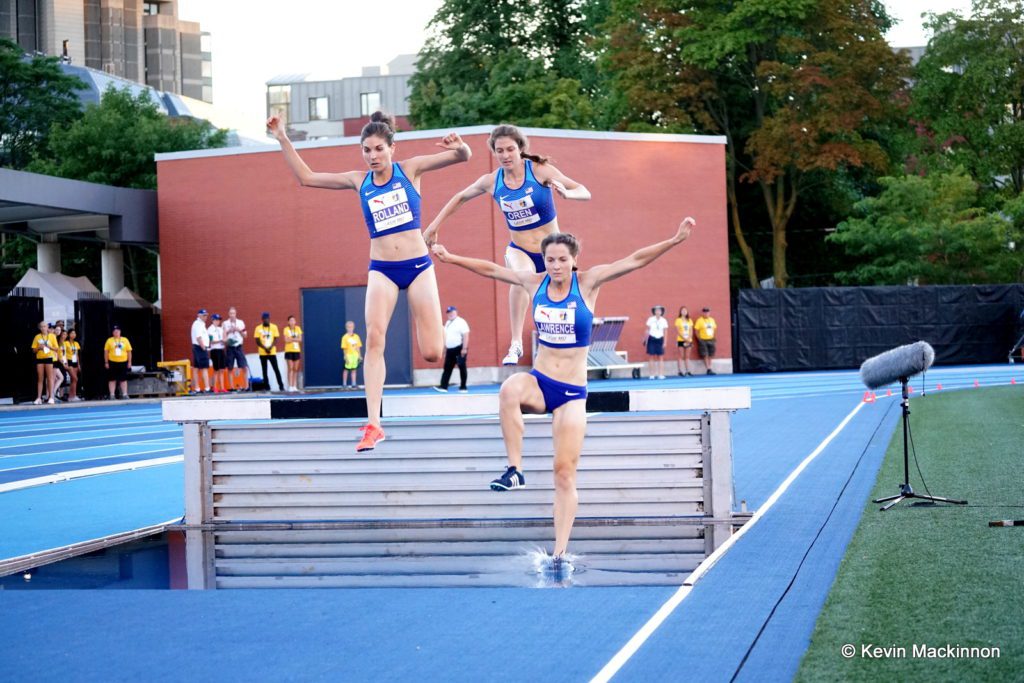 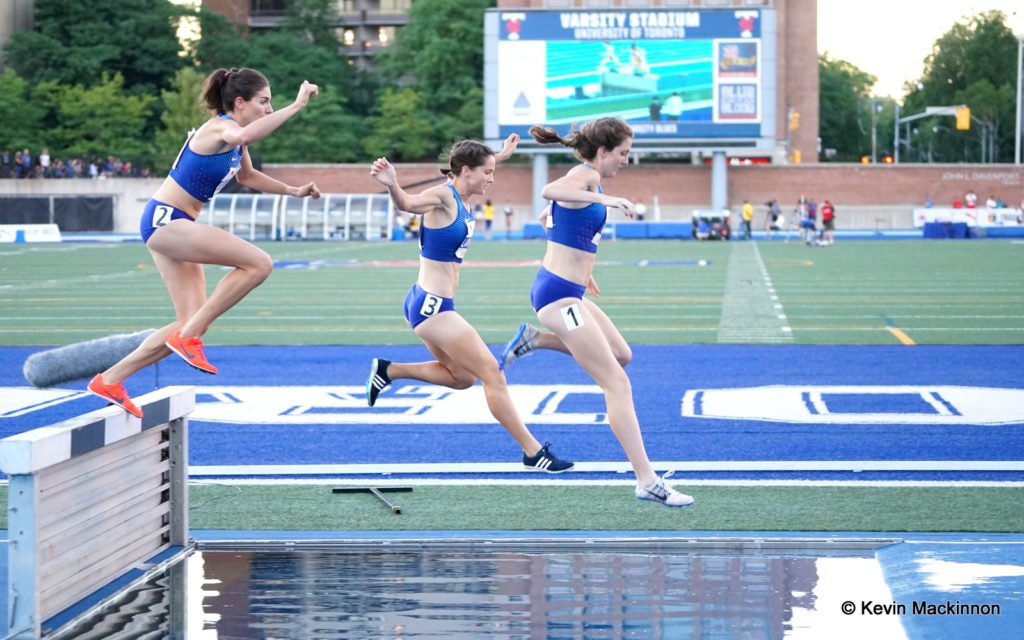 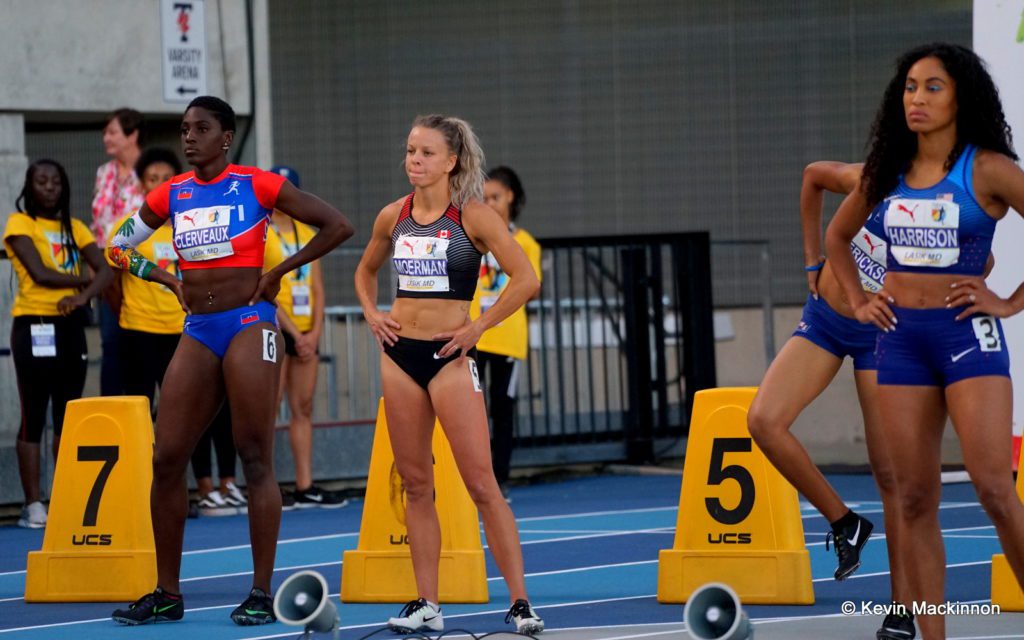 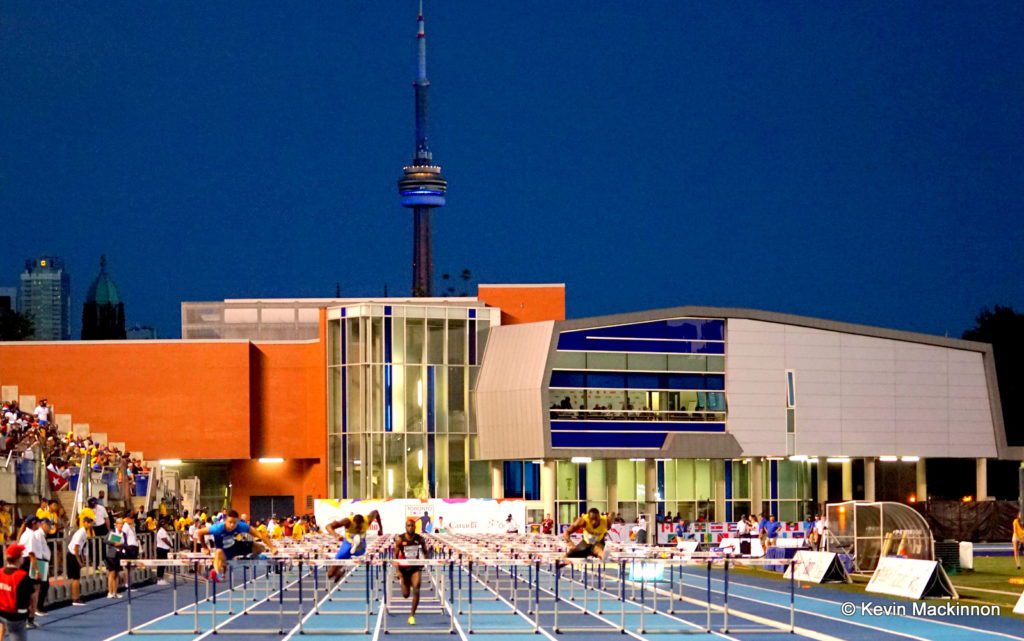 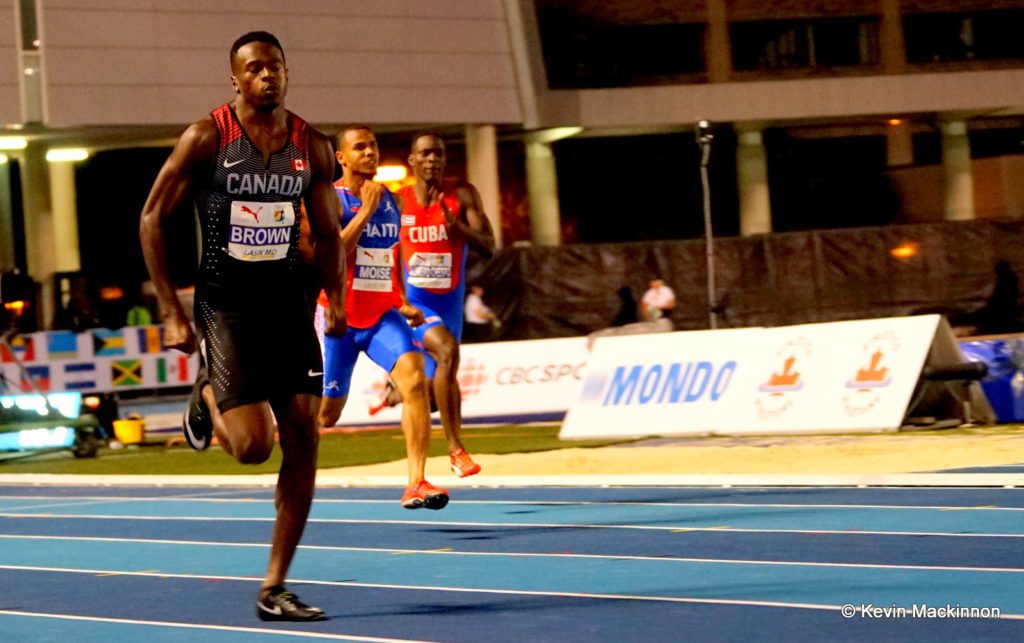 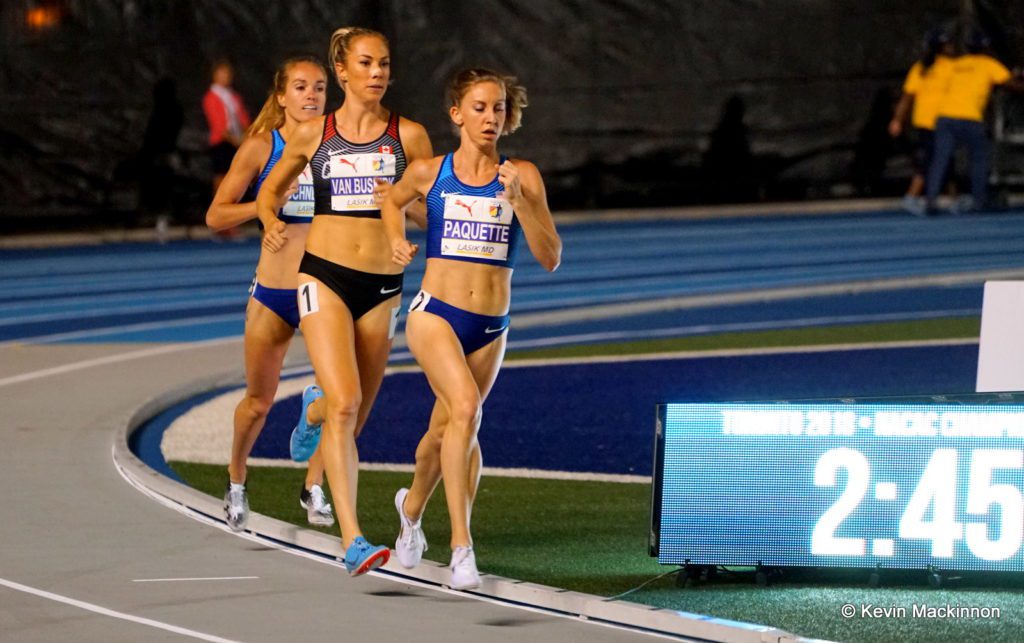 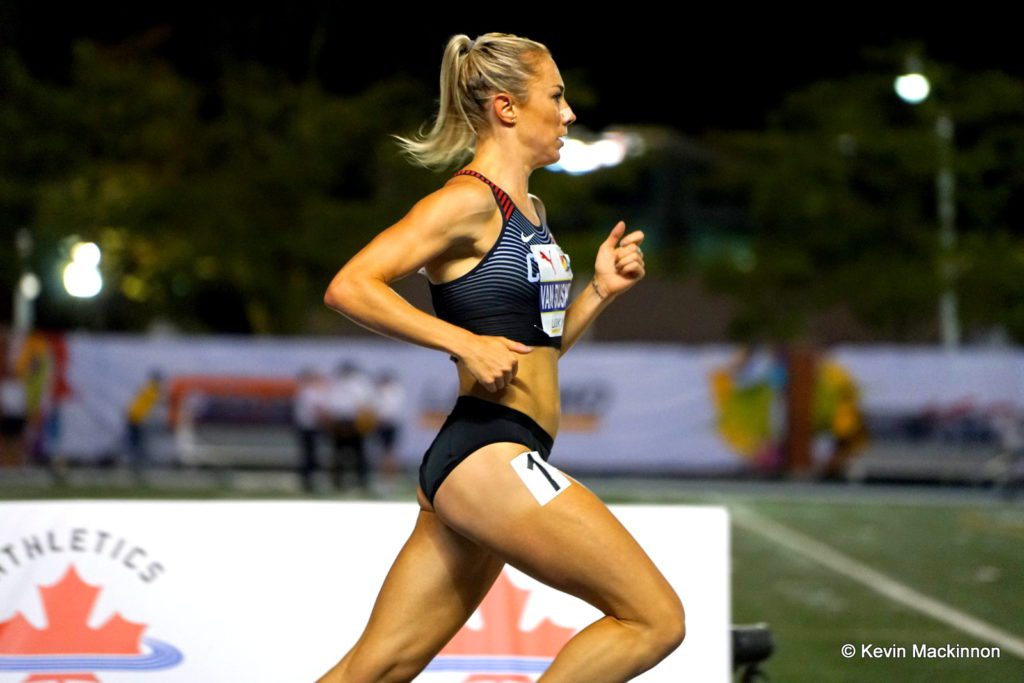 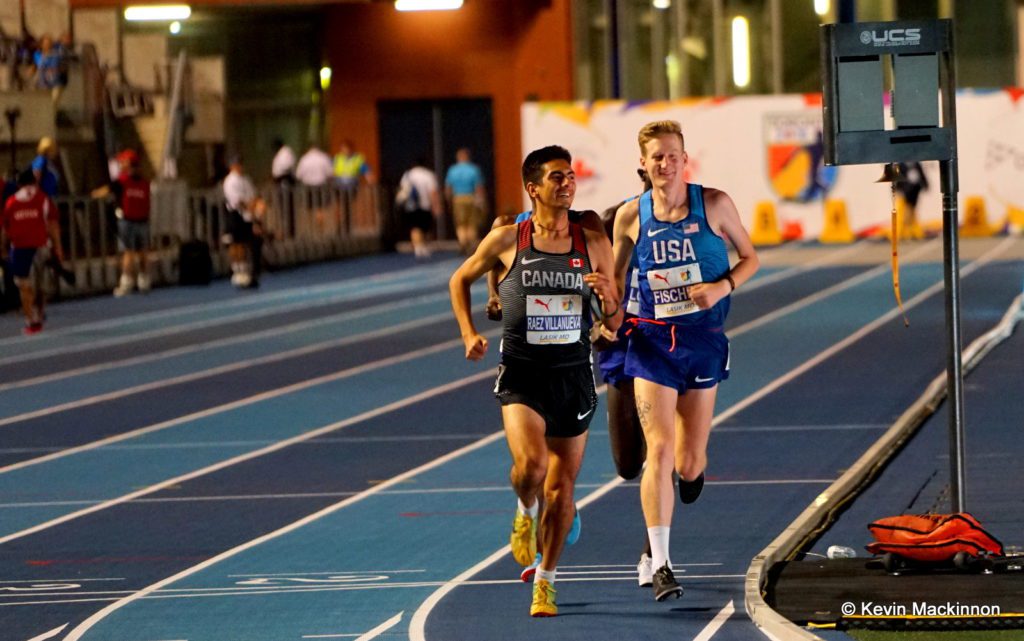 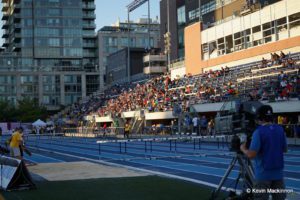 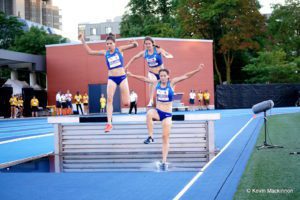 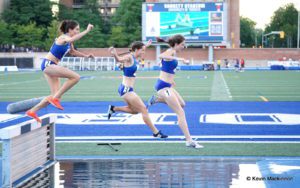 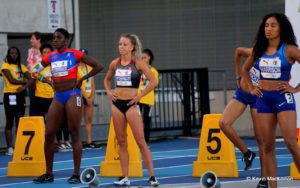 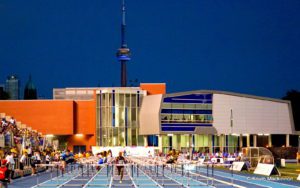 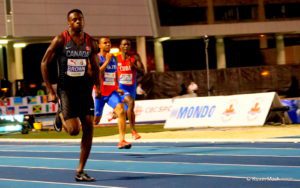 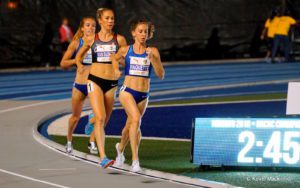 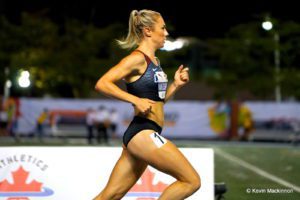 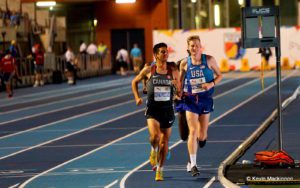 Canadian sprinting star Crystal Emmanuel won her heat in 22.82, which automatically qualifies her for the final Sunday at 2:20 p.m.

Aaron Brown and Jerome Blake also cruised to a spot in the final. Along with a victory in his heat, Brown set a new stadium record of 20.58. The final goes Sunday at 2:30 p.m.

Aaron Brown and Jerome Blake are through to the 200m final 🇨🇦🇨🇦🇨🇦 pic.twitter.com/YYXJ7RrAQm

In the women’s 5,000m final, Rachel Schneider of the USA won in 15:26.19 after breaking the pack with 600m to go. Canadian Kate Van Buskirk was third in 15:50.35. Van Buskirk said post-race that she’s looking to go back to her middle distance roots for 2019. Until then she plans to run a couple road miles, and maybe even the 5K Championships in early September.