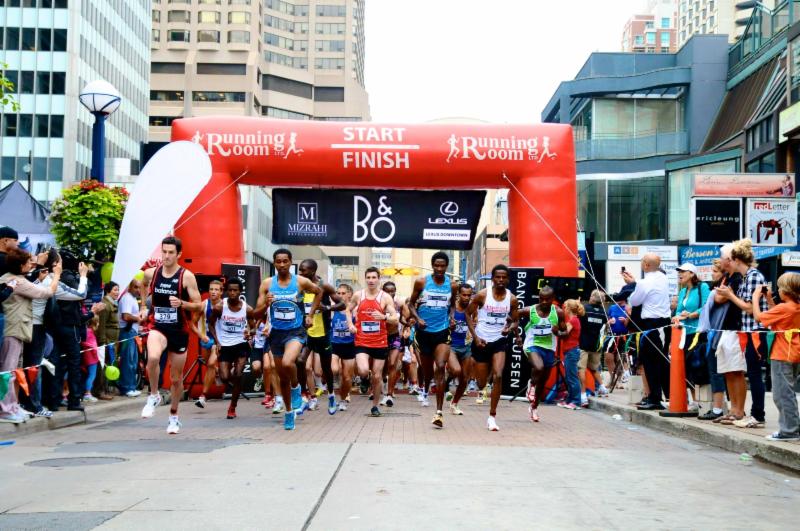 Megan Brown has had a busy summer. Between a recent marriage, upping the number of athletes in the group she coaches to about 85 and organizing this weekend’s first national 5K championship it’s been hectic.

After tearing her plantar fascia nearly a year ago, the 2012 national cross-country champion got in touch with Athletics Canada to see how she should give back to the sport while she was injured and was interested in putting together a national 5K championship.

“We have the 10K, half-marathon and the [marathon championships], but we don’t have a 5K. The U.S. has a championship at every distance, including the mile, and I think we should have a true championship for the middle to longer distance athletes,” says Brown. “[Athletics Canada] said we just needed a host race.”

Brown knows the race director of the B&O Yorkville 5K, where she holds the course record, and contacted him about hosting the championship. This Sunday, Sept. 7, the course will play host to two races, the national championships, with 200 athletes in elite and masters age categories who hit qualifying standards, and the open Yorkville run 45 minutes later.

“The start line and finish line are within 40 metres from each other, so I expect that whole final kilometre stretch to be lined with Yorkville runners,” says Brown. “The reason this works is that we have a cap of 1,000 runners in the open race so it’s not going to be overcrowded, but those people will be making their way to the start line and can watch the race.”

Although she had hoped there would be more track runners interested in racing the road 5K, with a shorter season some big names, such as Cam Levins and Matt Hughes, have scratched after originally intending to run. Still, some of Canada’s top talent will still be in attendance. Jessica O’Connell and Rachel Hannah, who won the national 5,000m track and national half-marathon championships, respectively, will headline the women’s race, while Sami Jibril, who finished second at the half-marathon championships, and Andrew Nixon headline the men’s race.

With the summer nearly behind her, Brown also hopes to get back to her own training soon. Asked if she wishes she was racing, Brown jokes.

“I wish I was, yeah, but it’s neat to have a year on the other side of it. […] I might be tough. I’ll probably be on the bike riding beside the women who break my course record!”

The championship is scheduled for a 9 a.m. start in Toronto’s Yorkville neighbourhood, starting just north of Bloor Street on Bay Street. It will run south to Dundas Street, turn west, run north along University Ave, around Queens Park and back through Yorkville. The event is being sponsored by New Balance.