Bergeron has been building up to this race for some time. The runner said

Bergeron is in the Canadian Navy, and about six months ago decided he would attempt the world record at his hometown race. “After coming so close to the world record in the 5K I decided to try the 10K,” he says. “My goal was to win the race.”

“My first kilometre was 3:20 which was way too fast. We continued into 5K in roughly 17:30, and at that point I thought we were still way too fast. We slowed down a bit in the second half. With two kilometres to go, my pacer told me I had 50 seconds in the bank. I crossed the line with 51 seconds to spare.” 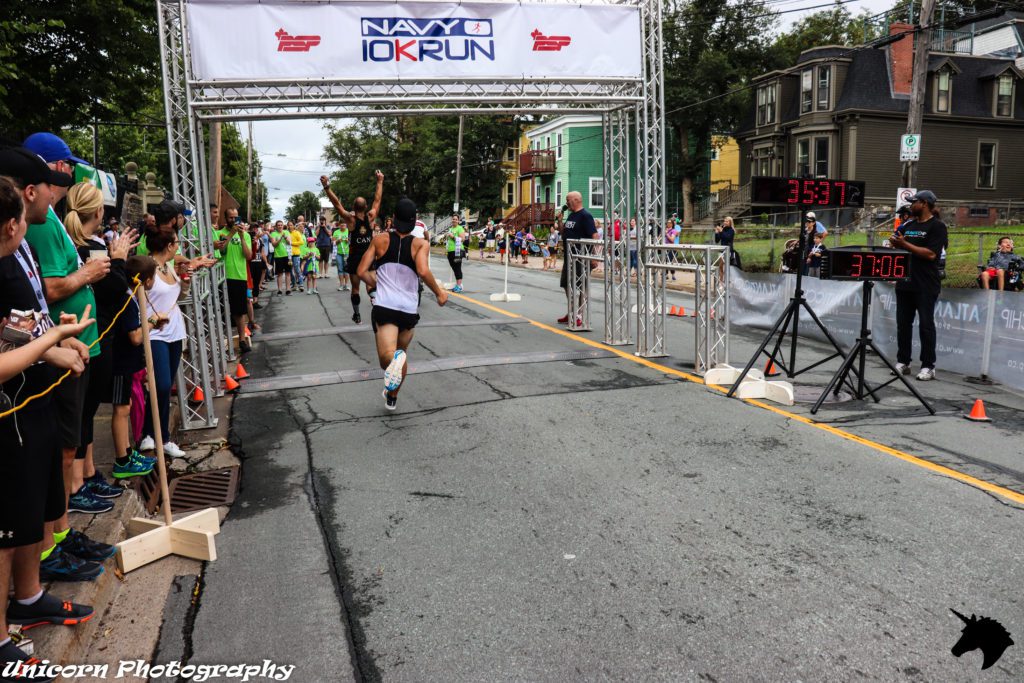 A Guinness World Record doesn’t happen by accident. In order to verify the event, there must be video evidence and two witness statements. “I had two pacers, two guys on the bike filming, a full support crew, even the race director was aware I was trying to break this record. I was super nervous at the start line.”

Bergeron is elated at his accomplishment. “It all started four years ago when I started joggling,” he says. “But honestly I had no clue it would ever happen.”

Going forward, he has his sights set on the half-marathon world record, which he has come close to, but not yet broken. The current record is held by Michal Kapral at 1:20:40, and Bergeron has run 1:20:50. Bergeron will battle against Grayden Snider of Montreal at the Toronto Waterfront Half-Marathon on October 21st. The two have competed against each other in the past, but Bergeron insists that they are both stronger and fitter now. “We are both stronger and faster than two years ago when we raced in Halifax. I think we can both go under the current world record.”

For tonight, Bergeron will celebrate with dinner with his new wife, and enjoy his success. “She was there at the finish line waiting for me with a big smile. A lot of my friends were on the course. It’s great when you do something special at such a big event, and have the crowd knowing who you are. It felt like I was an Olympian.”