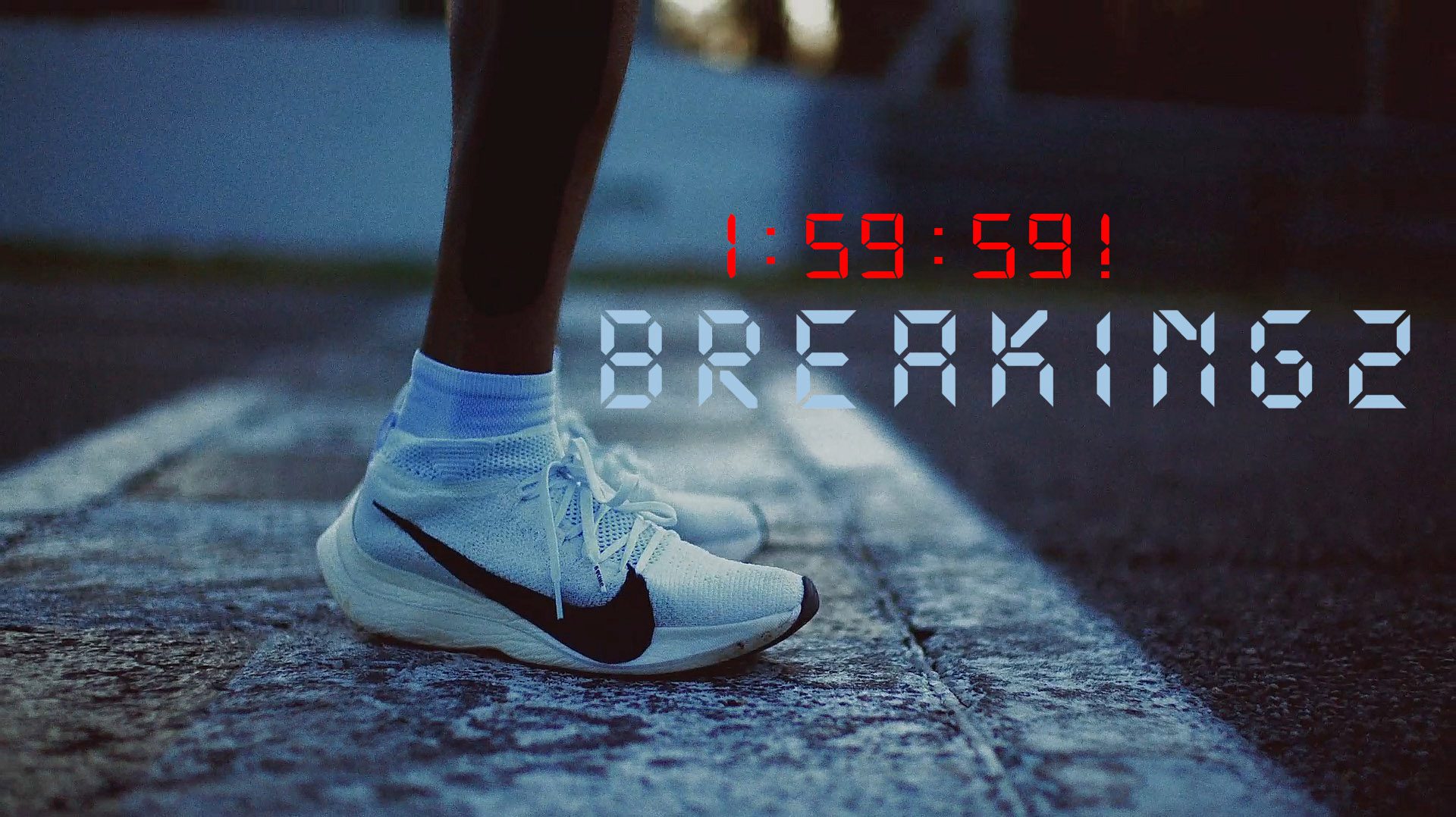 Since Nike announced this audacious project in late 2016, there have been plenty of critics. Here, we’ll look at all of the factors that play in the favour of these three runners breaking the two-hour barrier.

Also be sure to read our thoughts on what may cause Breaking2 to fail.

It could be argued that all previous world records were run under pretty barbaric circumstances. When you think about it, a big city marathon, with its date and time selected well in advance, is terrible for producing fast times. Added to that is the uncertainty of an open course through a massive city like Berlin or London.

If you look back at the last 10 years of world records, it’s actually quite impressive that the time kept getting cut down. With a major marathon, there’s always something unexpected. The pace crew for each of the world records has almost always disappointed. There has never been a greater group of thought-out pacers than the Breaking2 attempt.

This marathon effort should set an example for all future marathons. In a few years, we may look back at previous world record attempts and find them quaint. Not using a structured, rotating group of pacers will soon be seen as a grave mistake, not a fancy luxury. Nike has realized something that has long been overlooked: pacers matter more than maybe anything else. They learned this from the Paula Radcliffe criticism record, when she floated along to an appalling 2:15 marathon in 2003, behind a wall of male runners who could handle the pace arguably giving her an advantage.

Kipchoge, Desisa and Tadesse would be wise to sit in the big pacer pocket created for them. If they do that, they’ll cruise through the first 21.1K in under an hour. Then it’s up to them.

Even more crazy, they have a chance. It’s an outside shot, but it’s not impossible somebody could do it. And I’m going to watch + report. 4/

This is the greatest course ever

The only track faster than the F1 race track at Monza (just outside of Milan) is the “junior track”, a 2.4-kilometre loop with a few favourable undulations. The tarmac is perfectly smooth with no major challenges for a runner. The three Breaking2 marathoners should float behind their pacers for at least 1:40 of the race. Unlike Berlin or London, Monza’s turns are gradual and actually meant for picking up speed out of their apex.

The runners are entirely in control

Unlike any of other race, well, ever, these three runners dictate everything. If one (or all) of them aren’t happy with the pace, all they have to do is say, “hey, do this!” Kipchoge will surely be the big man on campus in Monza. If he’s not thrilled with what’s happening up front, he can bark at the pacers to back off, or speed up. The track is their playground. Hopefully, they have fun with this.

Kipchoge is a better marathoner than the world record holder

Dennis Kimetto is a man hunted. Few experts in the athletics community think Kimetto will be the long-term world record holder. Eliud Kipchoge is poised to crush Kimetto at the next available opportunity. The Monza track is the perfect occasion. If there’s anyone who can bury the current world record, it’s Kipchoge. The guy has won every high-pressure marathon he’s ever run, and redefined how the Olympic marathon is raced. It’s not an accident that Nike seized upon Kipchoge’s prime to go for a sub-two attempt. This race hinges upon him. And he could pull it off. If he does, he becomes the greatest marathoner in history. End stop.

They are running on an F1 track!

In all this yammering on, we almost forgot that this race is on an F1 track! There’s a reason why these environments produce the fastest lap times ever recorded.

Have you ever been in a race car on an F1 track? It’s disturbing. Even at a much more languid 21km/h, Monza will be much, much faster than anything these runners have ever experienced before. All three have run some pretty quick track races in their day, but this tarmac should feel effortless, particularly with their pacer’s help.

The Tesla will make a difference

Forget the team of pacers, the big-ol’ sedan at the front will help these three more than any other signle aspect of this this completely controlled event.

The electric car won’t spew any gross gases in their faces, and driving at a consistent pace, it’ll provide windshield for the entire pack. For the first time in history, the lead vehicle will help, and not hinder.

Contradicting what was said in our argument against the success of Breaking2, the lack of a crowd could help the effort. A big audience could artificially inflate runners’ egos, triggering them to run too hard at times when they should be more conservative. In an odd way, a smaller audience could actually help this effort.

The greatest pacing strategy in history

One of the biggest differences between this attempt and all others is with the pacing setup.

Major marathons employ a group of six or seven talented, up-and-coming distance runners to guide stars through the mucky part of the marathon: the first 30K. Then the gloves come off.

Breaking2 on the other hand, has drafted a jaw-dropping list of top-shelf track and road runners to guide these guys to the best possible outcome. Nike has pulled out all the stops to make this a success, and they’ve done something that no other marathon has before: have pacers drop in and out to make sure the pace is perfect through to the last kilometre.

For once, nothing has been left to chance

Until now, shoe companies and agents have left the greatest runners in the world to their own devices to come up with a way to deliver the magic. Nike has intervened by sending in some of the most knowledgeable sports scientists, coaches and psychologists to aid the process. Along the way, they discovered that the best athletes in the world do some bizarre things in training. Nike has also studied these three runners to best employ a variety of technologies to give them that extra edge.

It is about the shoes

Yep, there’s no way around it: technology is king. Nike’s drastic evolution in shoe design seems like it’ll provide at least a two per cent advantage in running economy, if not the three-four they require to smash two hours.

Call it cheating, call it the necessary step forward; regardless, this will push everyone else to the obvious next stage in running technology.

Perhaps it is possible. And, at this moment, there’s no better person to push the limits of marathoning potential than Eliud Kipchoage.

We shall see Saturday.